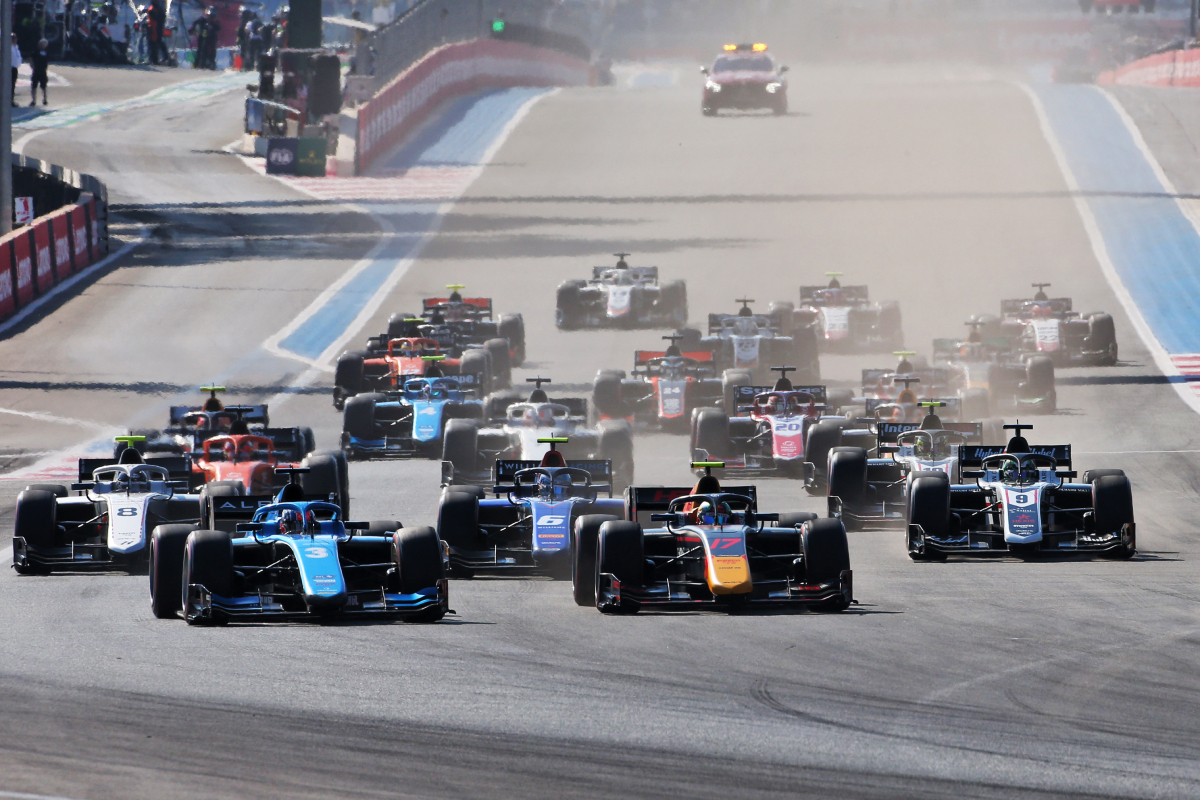 Fan interaction with Formula 2 and Formula 3 on their debut in Australia next April is a key consideration for organisers in Melbourne.

Planning is well underway on how the championships will be housed in Albert Park given the requirements of both but also the desire to keep them as accessible as possible.

The two F1 feeder championships will head to Melbourne for the first time next year in support of the Formula 1 Australian Grand Prix to headline the support programme which also features Supercars and Porsche Carrera Cup.

It poses a new challenge for organisers accommodating the low slug open wheelers in a grassy Albert Park paddock.

“Then you get F2 and F3, and then you get the support categories that we have.”

Managing how those pieces fit together is David Corrigan, who is in charge of the event’s motorsport programme.

Both he and Westacott were in Abu Dhabi at the end of the F1 season, with understanding the requirements of Formula 2 and Formula 3 chief among their job list.

“There’s a lot of significant build,” Westacott explained of the Formula 2 and Formula 2 paddock requirements in Australia.

“Everything is very exciting.

“They have longer duration races, we’ve got to make sure that, for instance, the gaps between F1 sessions, F2 sessions, F3 sessions are well planned and thought out,

“We’ll work very closely with our engineering team now to piece all that together in the right manner so that we get the balance of operations, but fan access.”

The access for fans is an enticing proposition for category management, though a number of details are still being worked out.

“I had a meeting in Abu Dhabi with a group [that] was there,” Bruno Michel, the man in charge of both F2 and F3, said when asked about the paddock set-up by Speedcafe.com.

“We’re still talking about … we had found a way, and now it might be something a little bit different.

“So it’s still under discussion with them, but what I can say is that they’re very flexible and they really want to get something together, something that is going to be easy to work with.

“The set-up is always different on flyways because sometimes we have garages like is the case in Abu Dhabi and Bahrain,” he added.

“So we need to look how it’s going to get organised, and also the other that is important for Melbourne is to make sure that the fans will have access as much as possible to our activity.

“That’s something we’re working on with them.”

It’s a point reaffirmed by Westacott, who is also keen to ensure fans have access to the support class paddocks.

“The thing that is going to be really exciting for F2 and F2 in Melbourne is the access that the fans are going to have,” he said.

The complication, however, will simply be the geography of Albert Park, and that much of the infield is grass.

Typically that has seen plastic flooring put down for teams to work on, though that has issues of its own.

The weather needs also to be considered as the addition of rain would render any unsealed surface impossible to traverse for an open-wheeler.

“That’s exactly what is the point we are talking with them at the moment,” Michel acknowledged.

“Of course, it’s not possible to have the cars going on the grass before going on the track, and also to do the set up of the cars and to make sure that they are the right height and everything you need to have a proper surface.

“So that’s exactly the kind of discussions we’re having with them because we don’t want to… It’s a park, it’s nice to have a park and we don’t want to have concrete all over the place.

“But we need to make sure that we can work properly, so that’s exactly part of the question we’re discussing with them at the moment.”

The Australian Grand Prix is Round 3 of the Formula 1 season on March 30-April 2. It is also the third round of the Formula 2 season, and Round 2 for Formula 3, both of which start with F1 in Bahrain in early March.