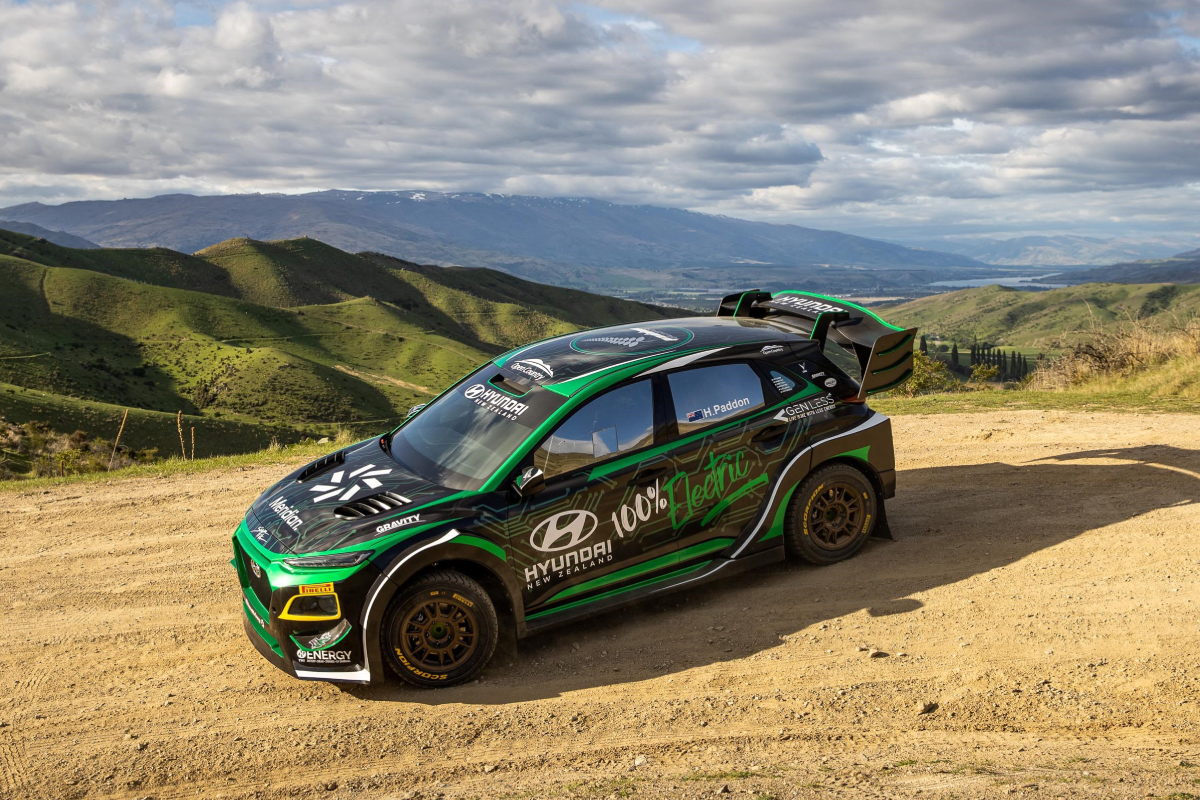 One of the world’s first electric rally cars is set to make an appearance at the 2023 Adelaide Motorsport Festival on March 25-26.

The EV Rally car concept was announced by Paddon’s motorsport team in 2019, before the car was built in Cromwell, New Zealand in 2020 with the support of Hyundai New Zealand.

It is powered by a Brusa BLDC Motor that is capable of generating up to 1100Nm torque and speeds up to 250km/h.

Paddon drove the Hyundai Kona EV to outright victory on debut at a New Zealand motorsport festival in 2021.

The Kiwi’s appearance at the Adelaide Motorsport Festival will follow a circuit racing outing in his homeland.

In addition to the Adelaide Motorsport Festival, the 2022 Rally New Zealand WRC2 class winner is planning to commit to an entire WRC2 campaign in a Hyundai i20 N Rally2, while hoping to incorporate a Rally1 debut as part of his programme.

The Hyundai Kona EV Rally car is set to be the highlight of the electric vehicles on display at the South Australian festival, which is also set to feature hybrid vehicles, electric race and rally cars, electric bicycles, scooters and motorbikes from marques such as Audi, BMW, Hyundai, McLaren, Mercedes and Porsche.

Other highlights at the festival include the Arrows AX3 three-seater Formula 1 car, former Formula 1 cars, as well as a 2011-spec Dallara IR-07 IndyCar that raced on the streets of the Gold Coast.