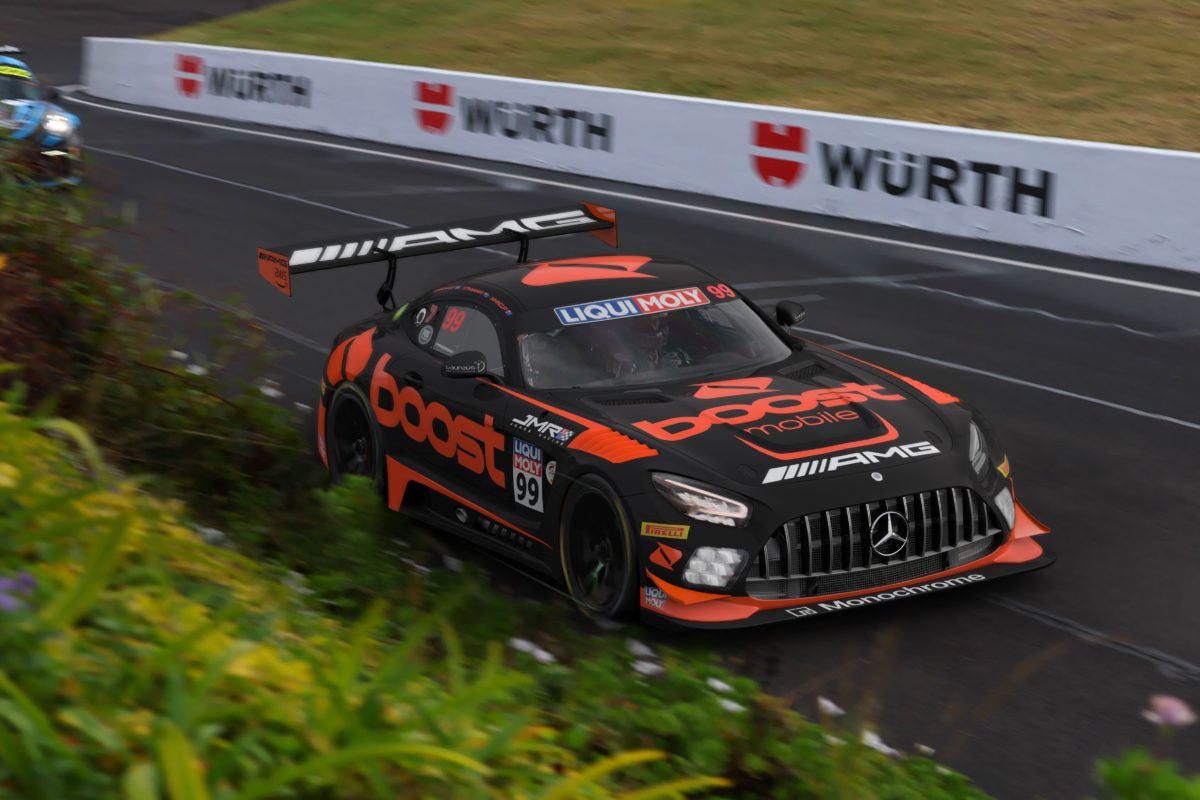 The former Aston Martin factory GT driver and the 2017 Bathurst 12 Hour winner will contest the Pro-Am class of the 2023 event with Prince Jefri Ibrahim, who is a regular for the Triple Eight/Johor collaboration in GT World Challenge.

It will be Stanaway’s first competitive appearance for Triple Eight before he pairs up with Shane van Gisbergen in the #97 Red Bull Ampol Racing entry for this year’s long-distance Supercars races.

His debut in the Mount Panorama GT3 enduro in Car #99 will be supported primarily by Peter Adderton’s Boost Mobile, which also backed the Kiwi’s wildcard appearance with Erebus Motorsport in last year’s Great Race.

Van Gisbergen, too, will be in action for Triple Eight in the Bathurst 12 Hour, driving a Supercheap Auto-backed Mercedes-AMG in the Pro class with regular team-mate Broc Feeney and one of the Stuttgart marque’s factory drivers, Maximilian Gotz.

Whincup, also Team Principal, said, “The Bathurst 12 Hour is one of the highest-regarded events on the international motorsport calendar – you just have to look at some of the names participating in their year’s race to prove that.

“Teaming up with both Prince Jefri and Richie and having the backing of Boost Mobile and Johor Motorsports Racing is an exciting prospect.

“Prince Jefri achieved an amazing podium finish at last year’s race, and we all know what Richie is capable of around Mount Panorama.

“To have two Triple Eight-prepared cars participating in this event alongside the world’s best teams is an experience we should all cherish.”

It fielded the SunEnergy1 Mercedes-AMG which won outright while, as Whincup alluded to, Ibrahim finished third with van Gisbergen and Feeney.

The Malaysian was also victorious in his most recent appearance at Mount Panorama, when he and Feeney prevailed in the GT World Challenge Australia enduro at last November’s Supercheap Auto Bathurst International.

“Bathurst has always been a special track, and one of my favourites,” said Ibrahim.

“There have been a lot of good memories there; from standing on the podium at my first endurance race in 2022 with SVG and Broc, to winning the Bathurst International six months later.

“This year’s Bathurst 12 hour will be interesting as there are a lot more cars and international teams entering; competition will be high, but I’m really looking forward to working alongside Jamie who has a lot of experience, and wins, at this track.

“It will be my first time driving with Richie, and I’m really excited by our team this year.

“Triple Eight have been working so hard towards this race, and we hope to have a good result, carrying on the positive momentum of last year to fight against the field in 2023.”