Sanders: ‘I seriously don’t know how I finished’ Dakar

Sanders: ‘I seriously don’t know how I finished’ Dakar 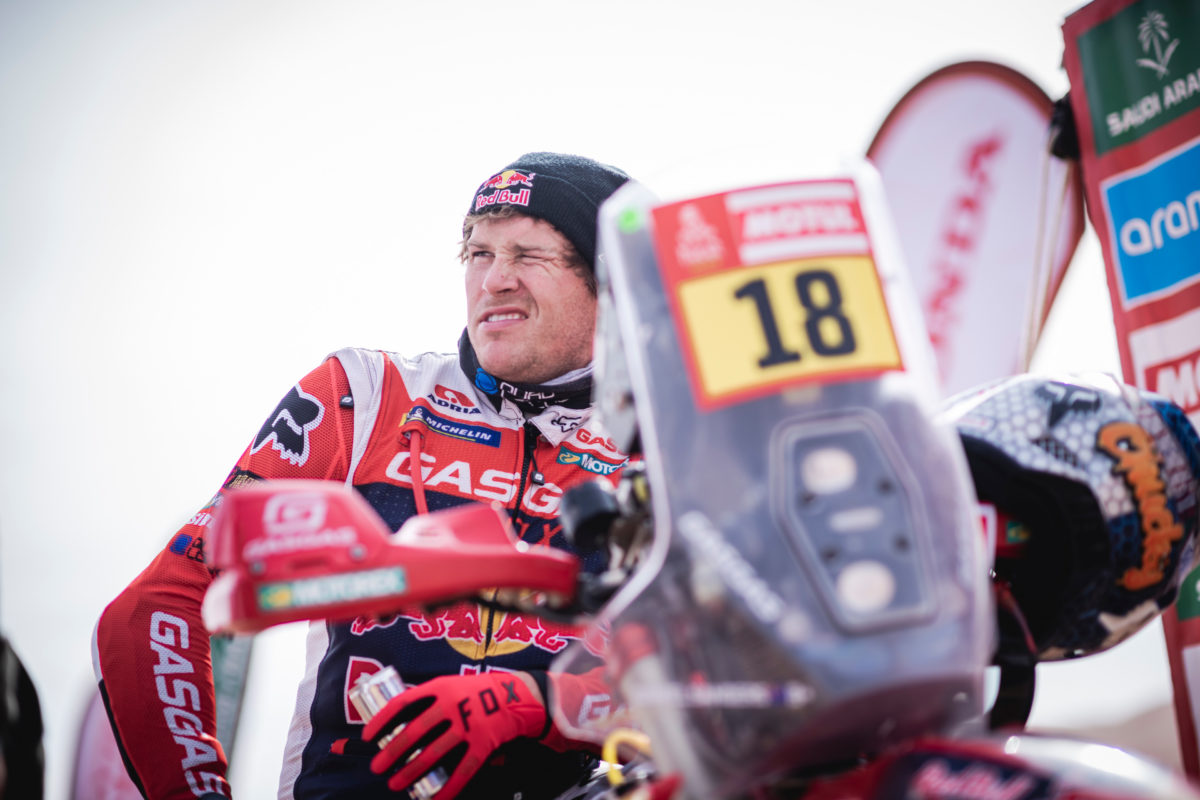 GasGas rider Daniel Sanders is at a loss to explain how he finished Dakar with virtually no preparation, a mid-race illness, and a painful thorn for most of the fortnight.

The Australian took seventh overall and won a stage in what was his first event since crashing out of Dakar 2022.

That incident left him with a broken left elbow and wrist, and Sanders would undergo six operations before he resumed training after missing almost a year of riding.

“I believe I went into the race 20 percent prepared and everyone around knew how unprepared I was,” he wrote on social media.

“Now I’m looking back at the last 14 days and I seriously don’t know how I finished everyday.

“I’m proud of what I’ve done in my circumstances and I believe I’ve showed a lot of people who I am and what I can do when I put my mind to it.”

According to the two-time Australian Off-Road Champion, his elbow was only 70 percent healed when Dakar 2023 got underway.

Then he got a thorn stuck in his throttle arm on Stage 2, suspected it may have caused the severe illness he suffered midway through, and, regardless, had to persevere with the pain for the remainder of the event.

“A rollercoaster race as always starting the race with no preparation at all,” is how Sanders summed up his fortnight.

“5 DAYS on a new rally bike, 3 days of road-books and two days testing in December is all I had to get ready for the hardest race in the world.

“I went into this Dakar not knowing what to expect, I wasn’t even sure if I was even going to be on the start line after struggling so much to ride through the pain in my elbow, it was only 70 percent healed.

“No facial incidents this year which was good but we had a 20mm thorn/needle in my arm muscle for 10 days, food poisoning/stomach bug for 2 days really bad, not being able to consume food and no energy.”

GasGas Rally Team Manager Norbert Stadlbauer described seventh for Sanders as “a great result considering all of the circumstances”.