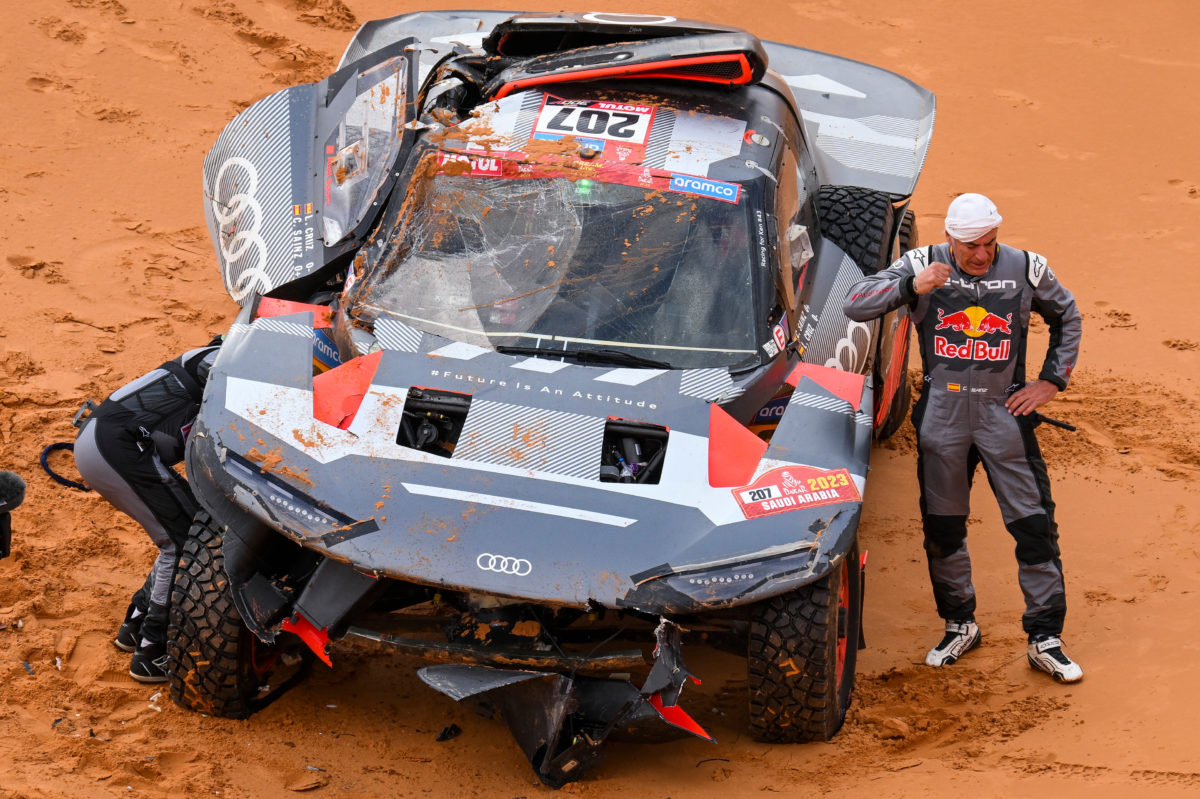 Carlos Sainz has been diagnosed with fractured vertebrae upon his return to Spain from a bruising Dakar Rally.

The three-time event winner crashed out on Stage 9 of Dakar 2023 when he front-flipped his Audi on a dune.

However, even his exit from the race was a protracted one.

Sainz was already being flown by helicopter to hospital when the pilot had to land in order to enter the correct coordinates, and he took the opportunity to hitch a ride in a service truck back to his battered RS Q e-tron to resume the stage.

In the end, the damage was too great to continue, and that was probably just as well for the 60-year-old.

“On my return to Madrid from the Dakar Rally, the back pain I suffered after the incident of this year’s event persisted longer than usual,” he explained on Twitter.

“Following medical advice, I underwent further checks to assess in detail the extent of the injury.

“Unfortunately, the results haven’t brought good news because I fractured the T5 and T6 vertebrae.

“The good thing is that both vertebrae are stable and from this day on my priority will be to recover as soon as possible.

“Thank you all for the love and support I have received over the last days.”

Sainz was already out of contention for a fourth outright victory by the time of the incident, despite leading early in the rally.

Mechanical and navigation problems cost him on Stage 3 and he sustained further damage when he followed team-mate Stephane Peterhansel in flying off a dune on Stage 6, before the Spaniard’s campaign finally came to an end just after the rest day.

With the Audi trio and Prodrive Hunter driver Sebastien Loeb having all fallen by the wayside, at least as contenders, factory Toyota pilot Nasser Al-Attiyah cruised to his fifth Dakar title.