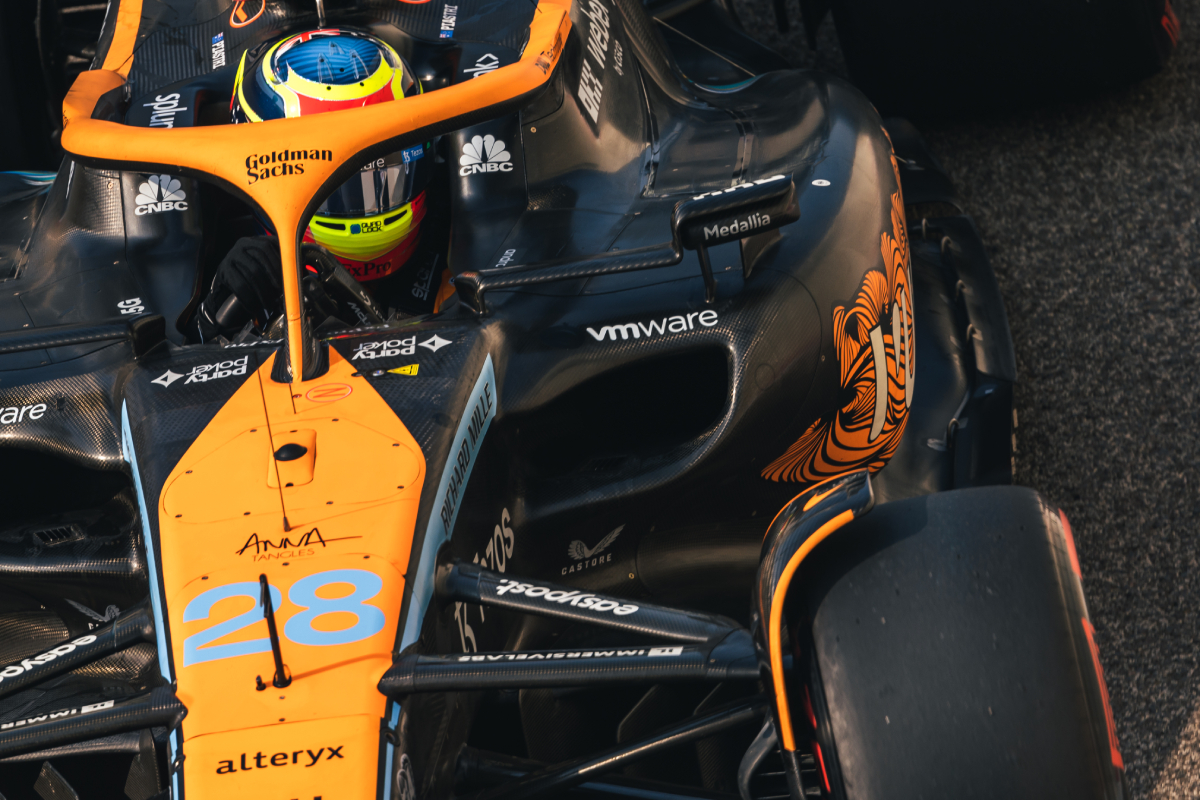 Oscar Piastri has joined McLaren for 2023

Oscar Piastri is not concerned that he had to change his driving style to adapt to the unique requirements of the McLaren MCL36.

The Australian will join Lando Norris at the team this season in what will be his maiden Formula 1 campaign.

It comes after a whirlwind junior career that saw him win three titles in as many seasons, culminating in the 2021 Formula 2 crown.

A messy divorce with Alpine dominated headlines through the middle of last season, which he spent on the sidelines, before being cleared to join McLaren for the post-season test in Abu Dhabi.

That proved his second outing with his new team after taking part in a private test at Paul Ricard just prior to last year’s F1 finale.

Piastri had enjoyed solid running at the wheel of a 2021-spec Alpine prior to his departure from the Enstone operation, and even had seat time in the 2022 car.

That afforded him a fresh perspective on the McLaren’s nuances which flummoxed Daniel Ricciardo throughout last season – despite the latter’s career also seeing him join the Woking squad via Enstone.

“I don’t want to put it into the ‘it’s a McLaren characteristic’ basket.

“I think there are maybe a few small things that are a bit different.”

Last year’s McLaren was regarded as having a stronger rear end than front, which in turn meant the car could not be driven into corners as hard as others.

According to Pierre Gasly, who has switched from Scuderia AlphaTauri to Alpine, the car Piastri had previously driven had a solid front end.

“I understand now why they finished fourth in the teams’ championship. It all makes sense to me,” the Frenchman said.

“I think they’ve got a pretty strong front grip, medium-speed and low-speed corner.”

For Piastri, that prompted a change in style in an effort to get the most out of what is now last year’s McLaren, though is likely to share significant traits with the 2023 car.

“I think one of the difficulties of the sport is being able to adapt.

“So you have to change it [driving style] more or less every year, and the cars are constantly getting developed, even throughout the season, you might have to adapt.

“There’s a few things that did need a bit of changing, but there was nothing that was completely alien.”

Piastri joins a team alongside a highly-rated Norris, whose four years Formula 1 experience have all been at the wheel of McLaren machinery.

The Brit overshadowed Ricciardo during both their seasons together, even allowing for the Australian’s win at the 2021 Italian Grand Prix.

Norris is therefore a useful benchmark, a point not lost on Piastri.

Nor was the importance of the post-season test outing with the team, an opportunity manager Mark Webber described as ‘pivotal’.

“[It] gives them and Oscar some things to think about obviously over the winter in preparation for Bahrain [this] year, because the mileage is pretty short now,” Webber said as part of Speedcafe.com’s KTM Summer Grill.

“I’m a fossil now, I’m an old guy, but back in our day we used to do loads of testing but obviously for the youngsters now, it’s pretty thin on the ground.

“Oscar had done eight days in the car up until June and then had, like, a four-month gap, so it’s not like tennis or golf, it’s pretty hard on these youngsters these days.”

Indeed, Piastri’s next opportunity in the car will be the pre-season test in Bahrain from February 23-25.

The three days of running will be split with Norris, leaving him just a day-and-a-half of track time – assuming no issues are experienced – to get up to speed ahead of his F1 debut, also in Bahrain, on March 5.