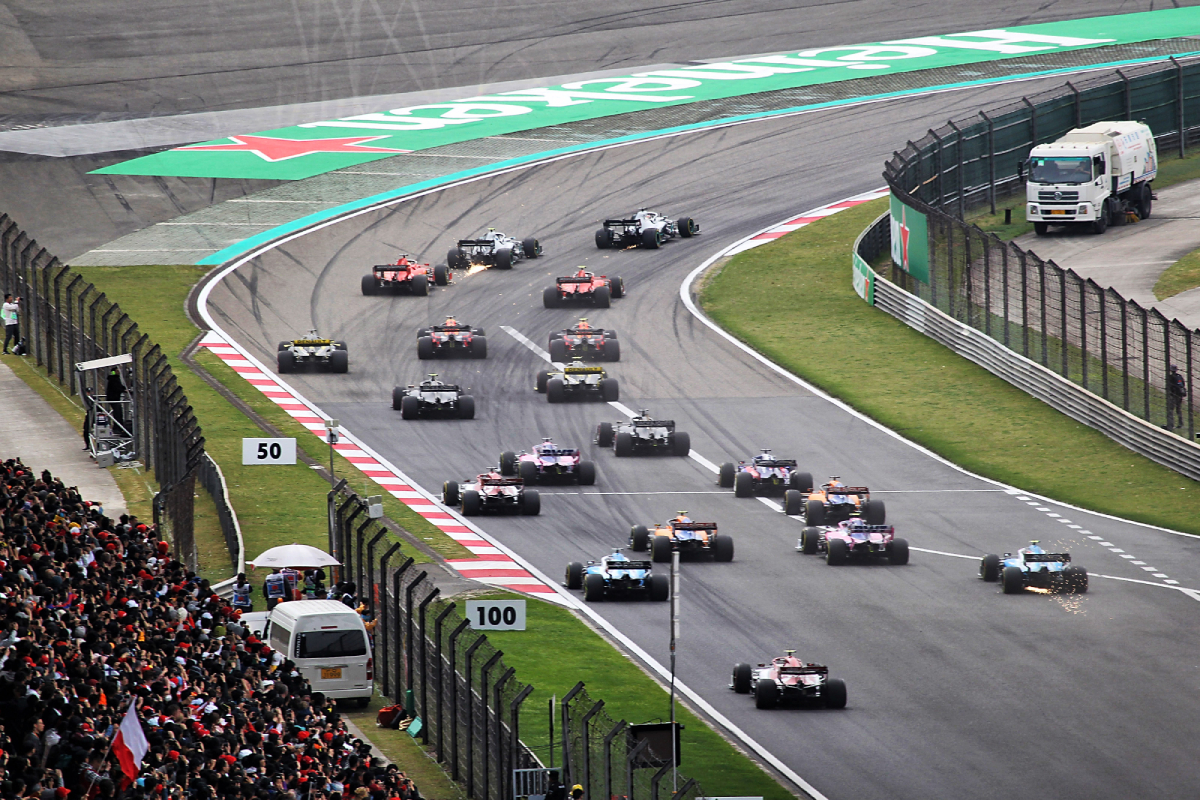 Formula 1 will not replace the cancelled 2023 Chinese Grand Prix

The cancelled Formula 1 Chinese Grand Prix will not be replaced with the 2023 season to therefore include a total of 23 events.

Last month, the sport’s commercial rights holder announced that F1 would not visit Shanghai as China continues to battle with COVID-19.

It has now been confirmed there will be no replacement event or other changes to the calendar.

“Formula 1 can confirm the 2023 season will consist of 23 races,” the sport confirmed in a short statement.

“All existing race dates on the calendar remain unchanged.”

It was widely expected a replacement event would be found, with Portugal and Turkey touted as likely alternatives – some wishful thinkers even suggested Adelaide.

However, it has now been confirmed that what would have been Round 4 of the 2023 season will not be replaced.

Instead, teams will travel from the Australian Grand Prix in early April to Azerbaijan for the next event at the end of the month.

There were suggestions the Baku event could come forward a week in an effort to reduce the gap following the Albert Park race while simultaneously reducing pressure on the Azerbaijan-Miami Grand Prix double-header.

That will not be the case, with the Azerbaijan GP remaining on the April 28-30 weekend.

As the coronavirus pandemic began, the Chinese Grand Prix was cancelled and did not reappear until the announcement of the 2023 calendar.

Despite its omission, China remains a desirable market for F1.

It is a fast-growing economy and currently boasts a local driver in Guanyu Zhou.

As such, there is a desire for the event to go ahead, with suggestions it could be moved to a later date.

That would likely have necessitated the shuffling of other events to make room and created additional logistical complications which, in turn, would likely have driven up the cost for teams – a point several have made loudly since the introduction of the financial regulations.

The same could likely be said of a replacement for China in a region outside of Asia given the requirements of travel to Australia and then back to Azerbaijan.

Australia ran as a standalone event in 2022, a point that did not sit easily with many teams due to the significant commitment it took for a single event.

The intent was therefore to pair the Melbourne race with another in the region, to somewhat offset the cost of travel – not to mention address the environmental considerations surrounding the sport.

Not replacing China with a European event is therefore logical and pragmatic.