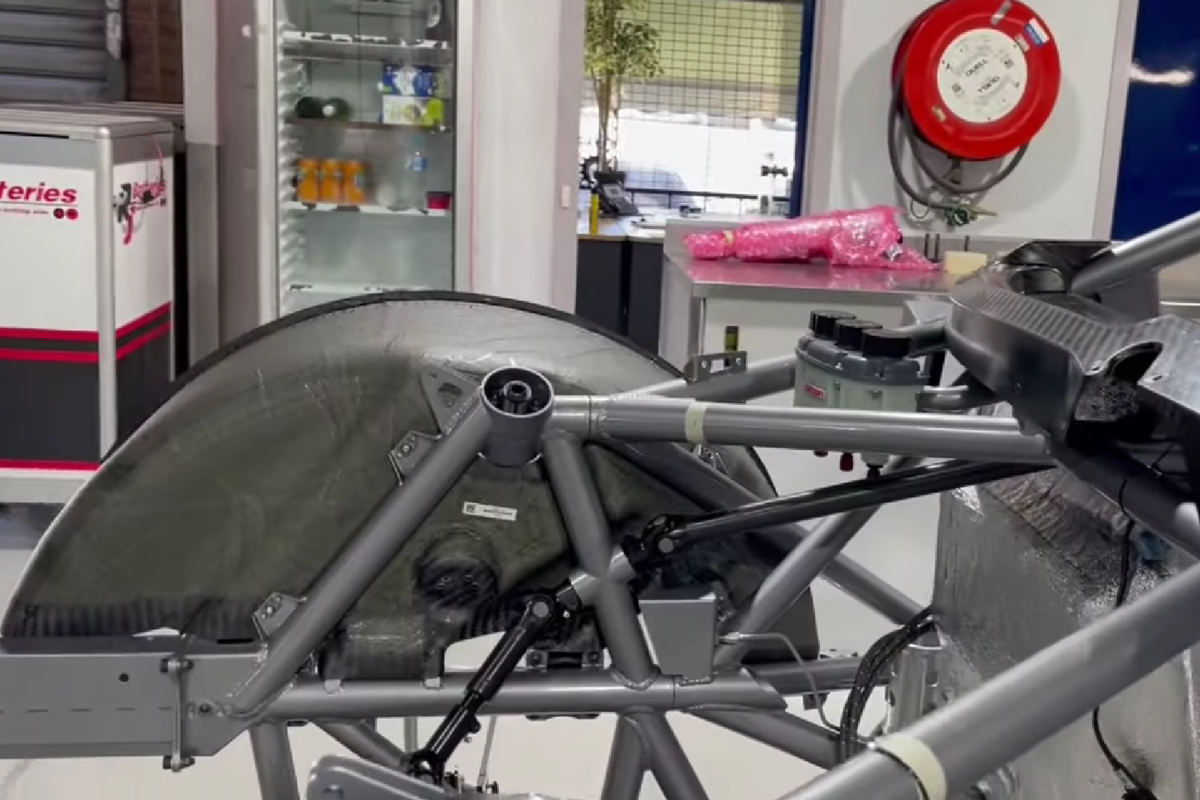 A quirky element of the Gen3 Supercar has been uncovered in Brad Jones Racing’s latest update on the build of its brand-new Chevrolet Camaros.

The new breed of Supercars will feature a steering column which, unusually, runs through the chassis structure.

As team owner Brad Jones explains, the design is such because of the control chassis must accommodate the width of the Ford engine in addition to the slimmer General Motors units.

“Normally what would happen is that [the steering column] would run straight out of the firewall, down to where the rack is, and that would be the steering,” said Jones.

“But, because you have to fit both the Ford and the GM engine in this, and the Ford has got great big heads on it because it’s got overhead cam, they’ve had to push everything out a little bit.

“So, the steering will now come out, run through the chassis, which is unusual, and then down to where the rack is positioned, in front of the uprights.

“There’s quite a bit of work for all of this, and one of the reasons that we can take the [front chassis] clip on and off is for accident damage.

“This is going to be critical. You can’t have that leaning in even though it’s got knuckles in it. It’s important that it’s all set up in this particular way.”

As previously reported by Speedcafe.com, the width of the Ford powerplant caused a redesign of the chassis midway through last year in order to create more room in the engine bay.

Unlike the fully integrated design of the outgoing chassis, the new specification will have detachable front and rear clips, which will expedite at-track repairs in the event of major incidents.

The steering column, like the pedal box, will be adjustable, both of which are advances relative to the Car of The Future design.