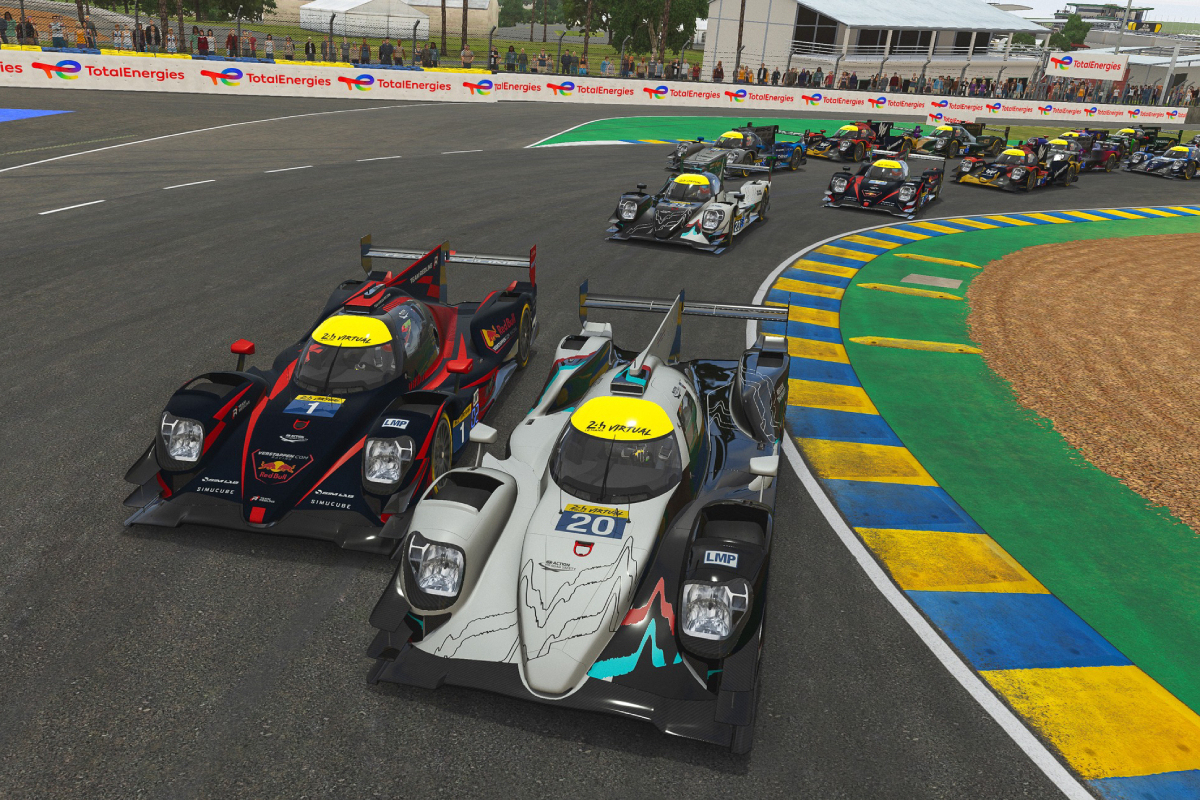 Formula 1 world champion Max Verstappen has called the 24 Hours of Le Mans Virtual a “clown show” and the organisers “incompetent” after connection issues blighted the event.

Part of a five-round championship that started with an 8 Hour race around the Sakhir circuit in September, it has also run at Monza, Spa-Francorchamps, and Sebring.

Le Mans was the final round of the competition, for which there was $250,000 worth of prize money on offer.

Verstappen headed the race in the early hours before issues beset the high-profile event.

Held on the RFactor2 platform, connection issues saw the leader dropped from for a period.

By the time the Red Bull F1 driver had rejoined, he’d slipped to 17th place.

Less than two hours later, and still short of half distance, Verstappen was disconnected again at which point he quit the race in anger.

“They can’t even control their own game,” Verstappen said of the Le Mans Virtual organisers on his Twitch stream.

“This is already the third time this has happened to me, getting kicked off the game while doing this race. It’s also the last time I’m ever participating, because what’s the point?

“There have been two red flags, they cancelled the rain, because maybe that’s already a big influence, and people are still getting disconnected, and at one point we were hit by it, and they’re just not dealing with it, because they need even more people to disconnect.

“Honestly, it’s a joke. You cannot call this an event. [It’s a] clown show. That’s why it’s better to retire the car, because driving around in P15 for six hours makes no sense for everyone.

“It’s a disgrace for all the effort we put in as a team. I really hope the organisers really consider where they put this race forward, because on this platform, it’s not going to work.

Verstappen’s complaint came as he and another car were disconnected and not afforded their laps back, as others had been by race control earlier in proceedings.

Upon learning the news, the Dutchman pulled into the pits where he exited the game, retiring the car in the process.

Rules for the event stated: “In the situation when four (4) or more drivers disconnect at the same exact moment, but with no clear evidence of server issues, Race Control may decide at their discretion to award the affected teams laps up to a maximum of three.”

The Frenchman did not share Verstappen’s opinion, however, and likened the issues to those of racing in the real world.

“What about when you have an engine failure or mechanical in real life, isn’t is the same … ?,” he tweeted in response to criticisms of the event.

“Sim racing is super competitive and seeing one of the biggest race in the world being done on sim is awesone,” he also wrote.

“Yes, a few bits and pieces to improve, but isn’t that just like everywhere else ?”

A statement issued by Studio 397, the organisation which developed RFactor2, looked to hose down the situation.

“During the third running of the 24 Hours of Le Mans Virtual, it is clear that there were two major server issues which necessitated red flag stoppages,” it said.

“These were global disconnections caused by a security breach, resulting from the unintentional sharing by race competitors of IP addresses connecting teams to the server.

“We have had 180 competitors taking part on 164 different simulators all around the world, and we appreciate the frustrations of any individual drivers or teams affected.

“A full investigation will be launched at the conclusion of the event, and we will report back on the findings in due course.”

. @LeMansVirtual is over and I had a lot of fun. Sim racing is super competitive and seeing one of the biggest race in the world being done on sim is awesome. Yes, few bits and pieces to improve, but isn’t that just like everywhere else ? thank you @MSportgames for the event https://t.co/QQDp66Pqze

What about when you have an engine failure or mechanical in real life, isn’t is the same …? https://t.co/UMmTkjhiXL