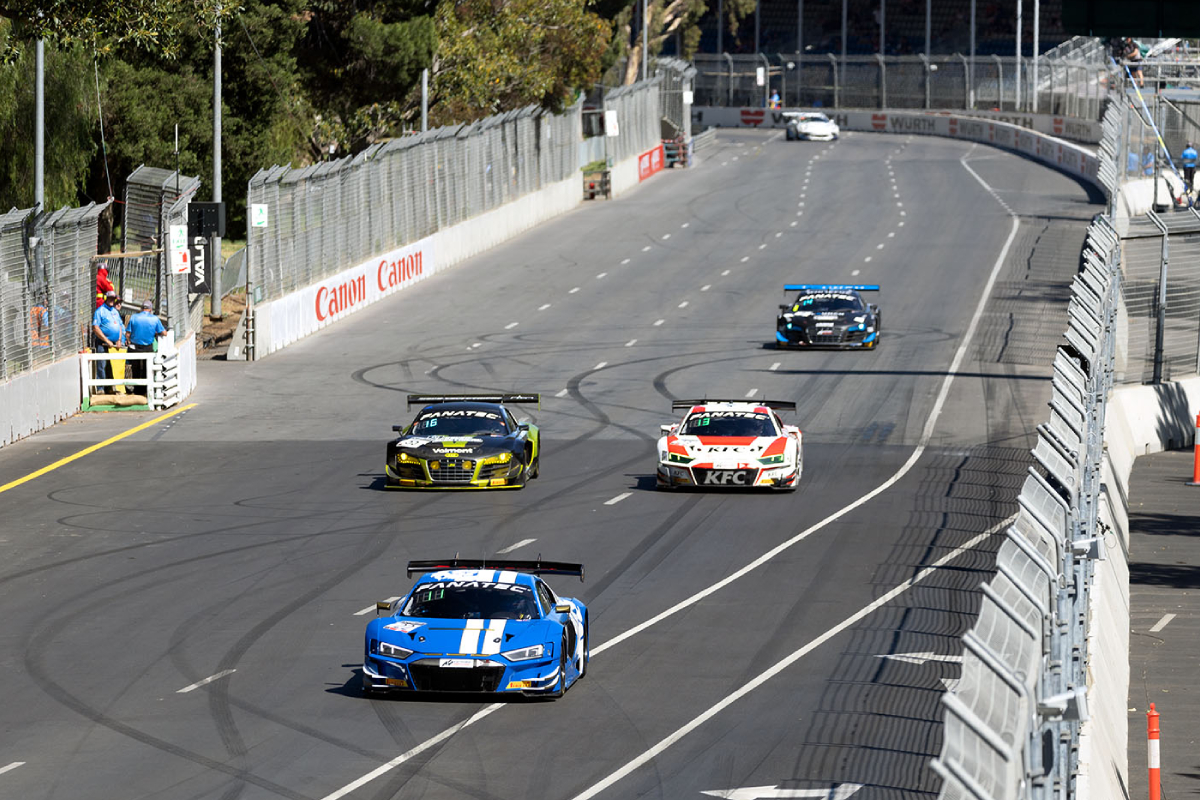 GTWC Australia will feature at three Supercars rounds in 2023, including the Adelaide 500. Picture: Ross Gibb Photography

The GT category will feature on the support bill at the Perth SuperSprint on April 28-30, Beaurepaires Sydney SuperNight on July 28-30, as well as the Valo Adelaide 500 on November 23-26 – with the Supercars finale the event where Yasser Shahin sealed his second consecutive title last year.

Supercar events make up half of the category’s six-round sprint calendar for 2023, with the other three fixtures taking place at SpeedSeries events.

The 2023 season will commence at the Hi-Tec Oils Bathurst 6 Hour on April 7-9, before the category heads to Western Australia for the Perth SuperSprint later that month.

Round 3 will be the recently announced SpeedSeries fixture at the Phillip Island Grand Prix Circuit on May 12-14, before the Supercars SuperNight event at Sydney Motorsport Park in July.

Queensland Raceway will host the penultimate encounter on August 11-13, before the season concludes on the streets of Adelaide in November.

“For both competitors and fans, it offers a great mix of Supercars and SpeedSeries rounds, including high-profile events and circuits perfectly suited to GT racing.

“We saw a fascinating end to the 2022 season, and with interest high in the class, we are expecting more challengers to come and try and grab the silverware in all of the different classes.”

GTWC Australia will confirm the endurance fixture and sprint race formats at a later date.

While not a round of GTWC Australia, many of the category’s competitors will take part in the 2023 Liqui Moly Bathurst 12 Hour on February 3-5.