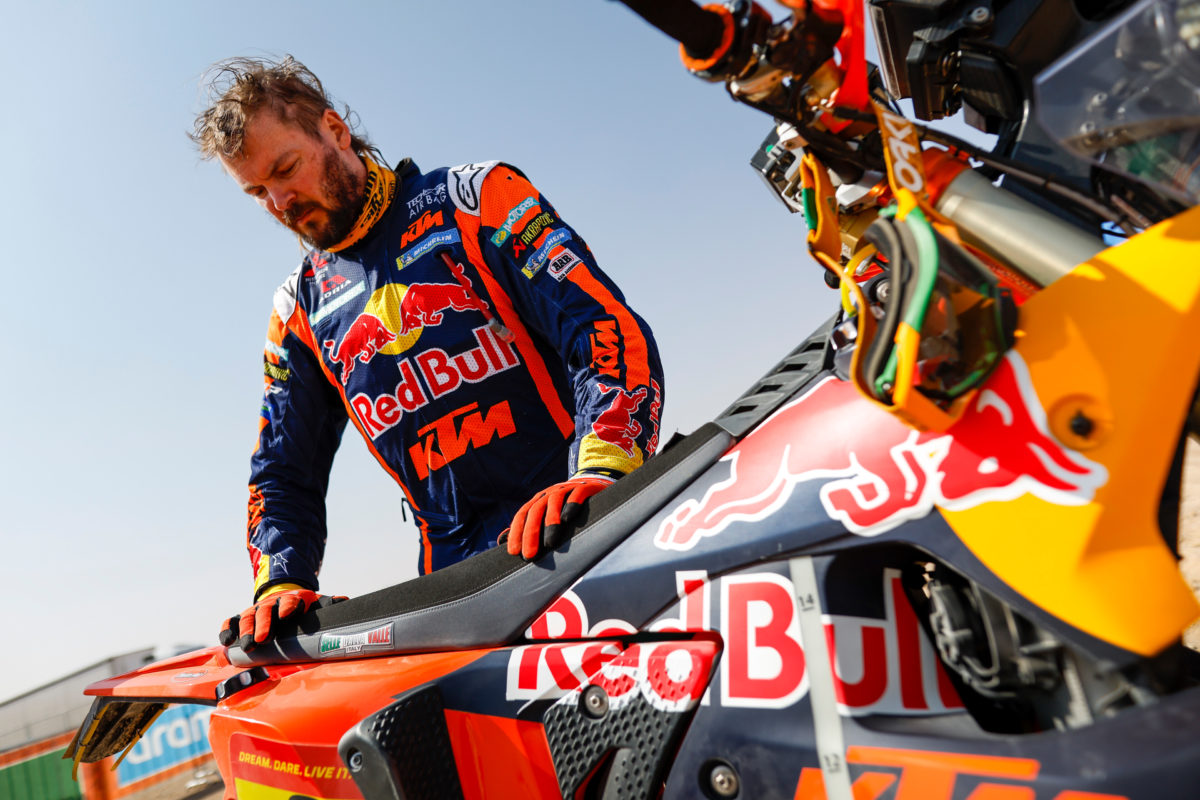 Toby Price says he lost the 2023 Dakar Rally when he missed two to three waypoints by mere metres on the final stage.

The Australian finished second overall to Red Bull KTM Factory Racing team-mate Kevin Benavides by 43 seconds after starting the last day of the event with a 12-second lead.

Having said that he “[felt] like I made an absolute mess” of Stage 13, Price was left to lament small errors on Stage 14 of 14.

“Kevin said he only had to turn back for one waypoint, so I think the two waypoints that I missed – literally would have been by metres – kind of cost us the race,” admitted the 2016 and 2019 Dakar champion.

This year’s finish was not only the closest in the event’s history, but the first time that a motorcycle rider had lost the lead in the final special.

Price set the pace in the Prologue on New Year’s Eve and while he never won a stage proper this time around, he was in the top five in 10 of those 14 specials.

Taking the overall lead for the first time on Stage 12, he looked like the man to beat, but a third Dakar crown was not to be on this occasion.

“For sure, the first point is disappointment,” said Price.

“On the last day, they play with this 20-metre rule of waypoints and stuff; I had to turn back and hit three of them.

“[It is] hard to take at the moment but, at the end of the day, I’m going home in one piece and we’ve got a Dakar trophy, so it’s not all lost.

“For sure, it hurts a little bit, but we’ll see what’s next.

As the 2018 FIM Cross-Country Rallies World Champion alluded to, his campaign last year in the inaugural FIM Rally-Raid World Championship started on the back foot with a relatively lowly 10th in the Dakar, before crashing out in Round 3 in Morocco.

After the first round of the 2023 world championship season, Price sits second on 30 points, eight behind Benavides, who won the final stage.

Round 2 is the Abu Dhabi Desert Challenge, from February 25-March 2.