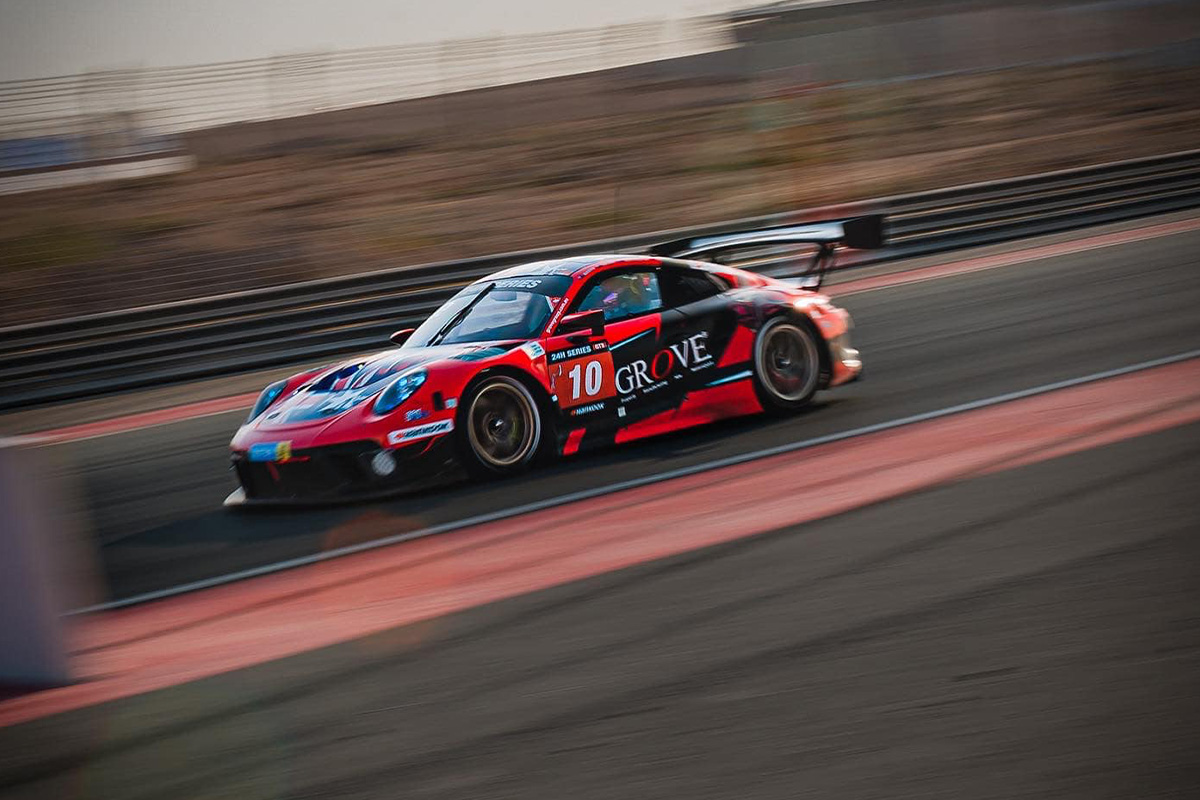 Australian team Grove Racing has finished fourth in the 24 Hours of Dubai, which was won by Team WRT on its debut as a BMW factory outfit.

Herberth Motorsport had been leading in the last hour but made a late fuel stop with 20 minutes to go, allowing Vanthoor to cross the line 21 seconds ahead in the Team WRT car.

Father and son duo Stephen and Brenton Grove, along with Anton De Pasquale and Earl Bamber came across the line fourth.

A fourth-place result for the Groves is an improvement on their sixth-placed effort last year.

“The process is always finishing the race, which was the main goal to do that,” Stephen Grove told Speedcafe.com.

“There was one Full Course Yellow that really hampered us, we probably would have been on for a better result, but fourth is good.

“It’s a 24-hour with no Safety Cars, it’s Full Course Yellows so you don’t have the ability to make up time, so really it’s a 24-hour sprint race.

“For Anton to spend so much time in the car and do lap after lap for a long period of time, it will only do his driving a world of good.”

“Firstly really cool to be back here in Dubai with the Groves and Earl for another Dubai 24,” De Pasquale told Speedcafe.com.

“It was a hectic race, had some really good speed and we were in with a shot for a large portion of it.

“To finish a 24-hour race is really cool and to be just shy of a podium is also really good.

“It’s very different when it goes to the Code 60 — you can be at the wrong side of the track and miss the pits and all this kind of stuff which happened to us a few times and I’m sure it happened to other people heaps of times throughout the race.

“There’s a whole different strategy, sometimes it just falls your way and sometimes it doesn’t, but it’s really a time trial to the end and judging those unknown windows.

“It’s something very different to what we normally do but it’s still heaps of fun.

“I’m sure we’ll be coming back and trying to go better in the future but we’ve got Bathurst next; 12 hours around there back at home and heaps of miles in the car so looking forward to it.”