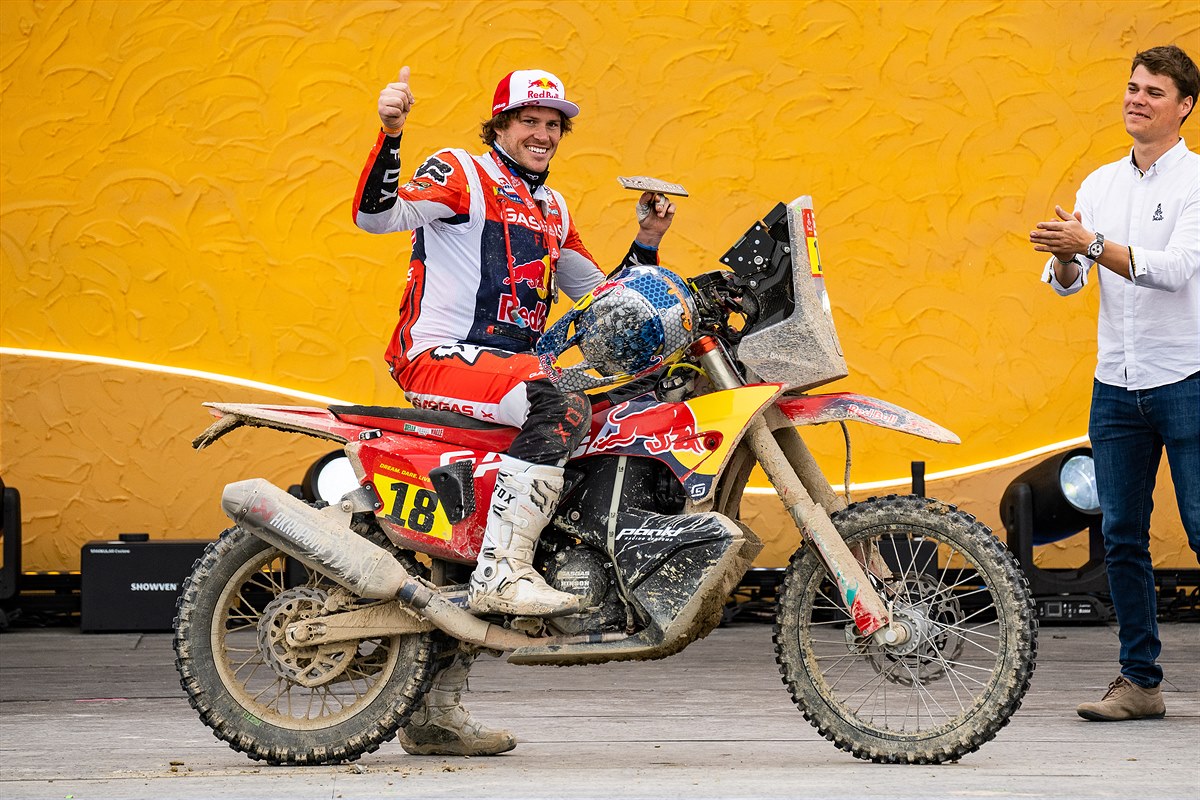 Sanders won Stage 3 and led overall for two days in what was his first event since crashing out of last year’s Dakar Rally, breaking his left elbow and wrist.

Since then, the Australian has undergone six operations, and rode with a thorn stuck in his arm for most of the just-completed event.

In fact, he suspected that said thorn may have poisoned him, having come down with a bug which sapped his energy as he plummeted from first to eighth overall on Stage 5.

In the end, though, ‘Chucky’ accomplished his goal of a top 10 for the rally, despite a three-minute speeding penalty on the final stage.

Team-mate Sam Sunderland did not make it past Stage 1, crashing out early in his bid for back-to-back Dakar titles.

“It was so frustrating and disappointing to lose Sam, who was the reigning Dakar champion, on Day 1,” said Stadlbauer, GasGas Rally Team Manager.

“Daniel performed very well despite missing most of last season through injury, and in week one he led for a couple of days and won a stage.

“Unfortunately, a brief illness while leading really affected his race but he kept on pushing to the end and finished seventh which is a great result considering all of the circumstances.”

Sander himself said, “It was going to be difficult today to make up any time but I did what I could and just missed out on the stage win, but overall, I’m super happy.

“It’s been a long road to get here. After crashing here last year I’ve had six operations, which really limited my preparation, so it’s been great to bounce back and be competitive.

“It’s been an unreal experience and hopefully next year I can come in stronger and fitter and be more ready to go.

“The team has been amazing as always and I’m super happy to be here at the finish line in one piece.”