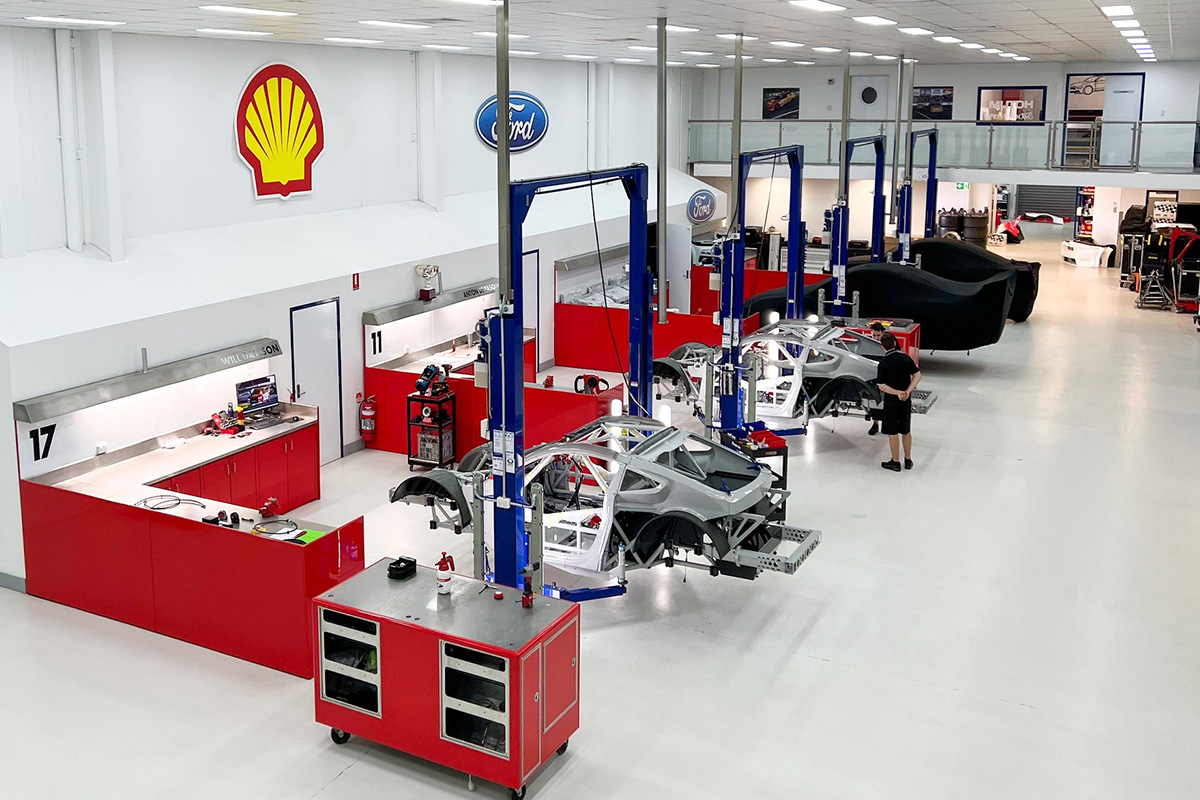 Dick Johnson Racing has offered fans a first glimpse of its Gen3 Ford Mustangs ahead of the 2023 Repco Supercars Championship.

It shows the Gen3 Mustang chassis of Will Davison and Anton De Pasquale in the DJR workshop.

The post read: “We’re back! The Shell V-Power Racing Team is back in the workshop and ready to tackle 2023.

“First on the agenda – building our Gen3 Mustang.”

The progress visible in the image marries up with what has been seen to date among the Supercars paddock, with a lot is still yet to be completed.

While the cars appear to be coming along, a large portion of bodywork panels and components are yet to come, as are the Ford Coyote V8 engines.

The first shakedowns are only a matter of days away and some parts are still yet to be signed off on, including the rear wing on the Ford.

Additional homologation testing is due to take place this week as Supercars pushes to finalise the parity and reliability of Gen3 before the cars hit the track.

The first shakedown will take place on January 30 at Queensland Raceway for Sunshine State-based teams.

Brad Jones Racing has provided regular updates on its Gen3 builds via a video series, while Grove Racing has also adopted that approach.

Speedcafe.com also provided an update on Matt Stone Racing’s progress via a gallery in December.

Newly installed DJR CEO, David Noble, recently spoke to Speedcafe.com mapping out his first 100 days at the helm of the iconic Supercars team.