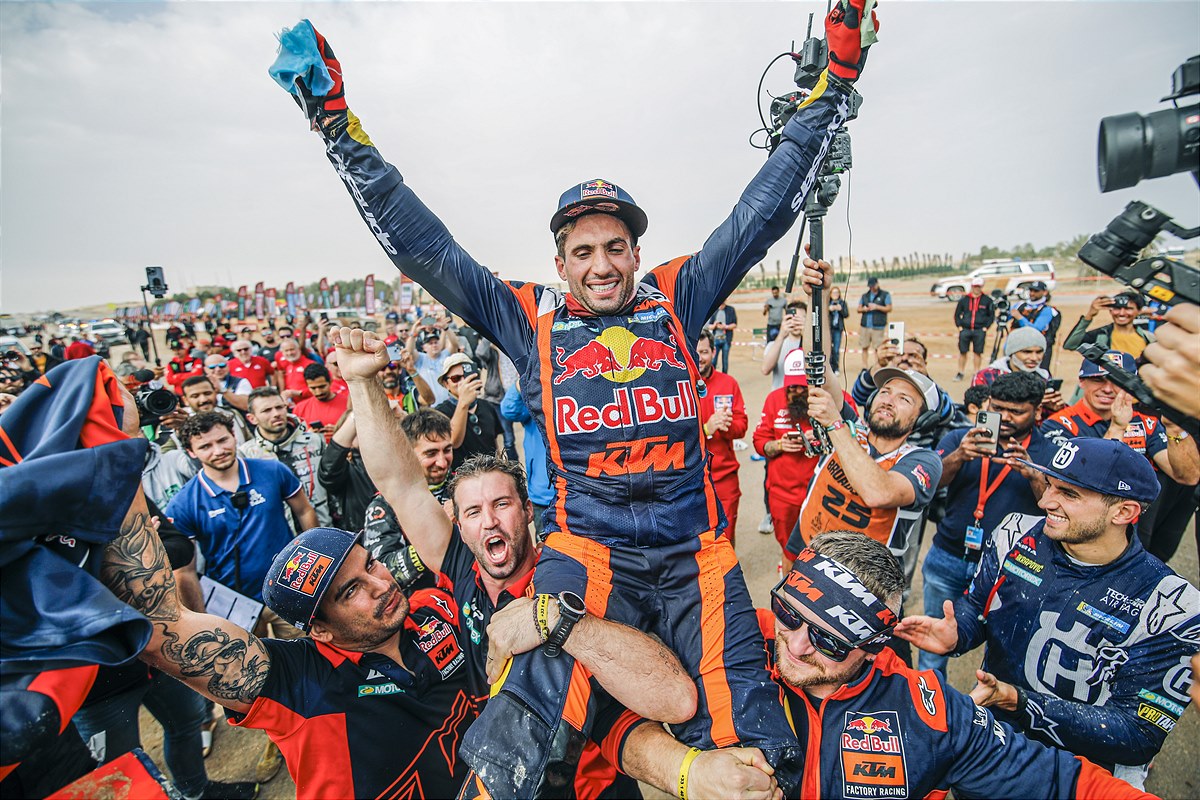 The Argentine trailed Price by 2:40s with two relatively short special stages to go in Dakar 2023 but won both of them and pulled off the first final-day come-from-behind victory in event history.

It was also Benavides’ first win in any event for KTM, having prevailed in Saudi Arabia two years ago on a Honda.

“I came here to do that, to win with two different brands, so I did it, so I am so, so happy.

“It was an amazing race; really hard.

“We pushed like hell for a lot of days, and you can see the difference; 43 seconds between two riders, it’s unbelievable.

“I think it’s never happened like this and I’m so happy to be on first place.”

“I just focused on every kilometre from the first to the last.

“I didn’t think about the position or the result; I just gave my 100 percent over the whole stage and tried to enjoy the day.

“The special was really fast and tricky, and so muddy; thankfully I didn’t make any big mistakes, but it would have been easy to have an issue out there today.”

“Beside the riders, I’m maybe the happiest man on the planet right now,” he exclaimed.

“It’s amazing after this long journey and this tough race, to have only 12 seconds separating the two guys coming into this final day.

“And then for them to push so hard over the stage and reach the finish line safely and in first and second is incredible.

“After around 5000km and over 40 hours of racing, to have them so close is unheard of, and the whole team did an amazing job to get them here in this position.

“What it came down to was basically a motocross race for 130km [ie Stage 14].

“Both riders did an amazing job, and even though you can only have one winner, I’m hugely proud of them both, as the pressure was really on today.”