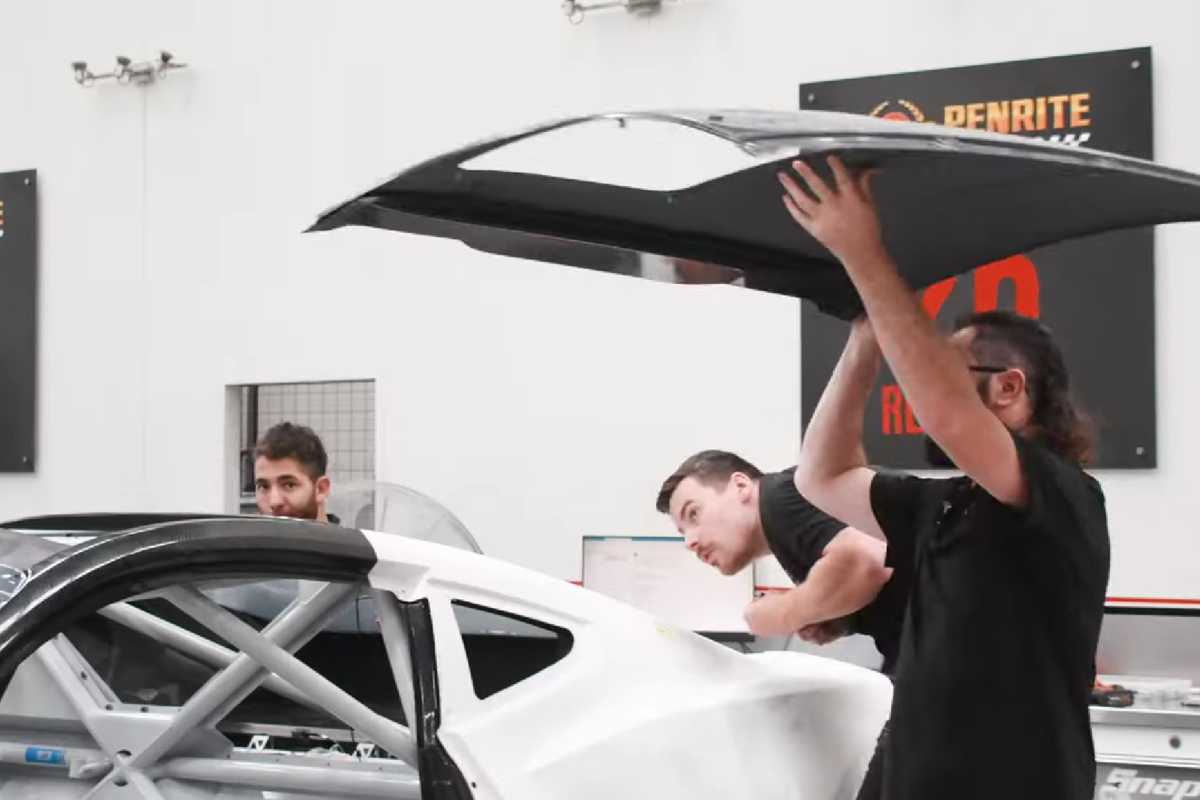 The Gen3 Ford Mustangs which Penrite Racing will campaign in the 2023 Supercars Championship are taking shape.

The latest update from Grove Racing shows that one of its initial two new-generation Mustangs now has much of its bodywork fitted, as well as a number of mechanical componentry.

A new video released by the team shows an engine in the front of that Ford as it sits in its bay in their Braeside workshop.

According to Team Principal David Cauchi, significant plumbing work has also been undertaken.

“This week has been predominantly focused on getting the bodywork onto the car,” explained Cauchi in an update published earlier this evening.

“So, a lot of work’s gone on getting that into the correct position relative to the CAD design that we’ve been given, so now it’s starting to look a bit more like a race car.

“Then there’s also a lot of work that’s gone in underneath; some suspension’s now bolted in and now we’re going to start to focus on a lot of lines.

“So, a lot of lines to the engine bay, brake lines, a lot of soft lines for the transaxale plumbing… It’s progressing quite well.

“There’s still a lot of work to do to get it racing, but we’re really happy with how our cars are looking so far.”

Grove Racing presumably will not fit all of the panels to either of its cars just yet, however, with more homologation testing thought to be in the works in coming days as shakedown dates of January 30 for the Queensland teams and February 1 for those based further south loom.