Price ‘made an absolute mess’ of Dakar Stage 13

Price ‘made an absolute mess’ of Dakar Stage 13 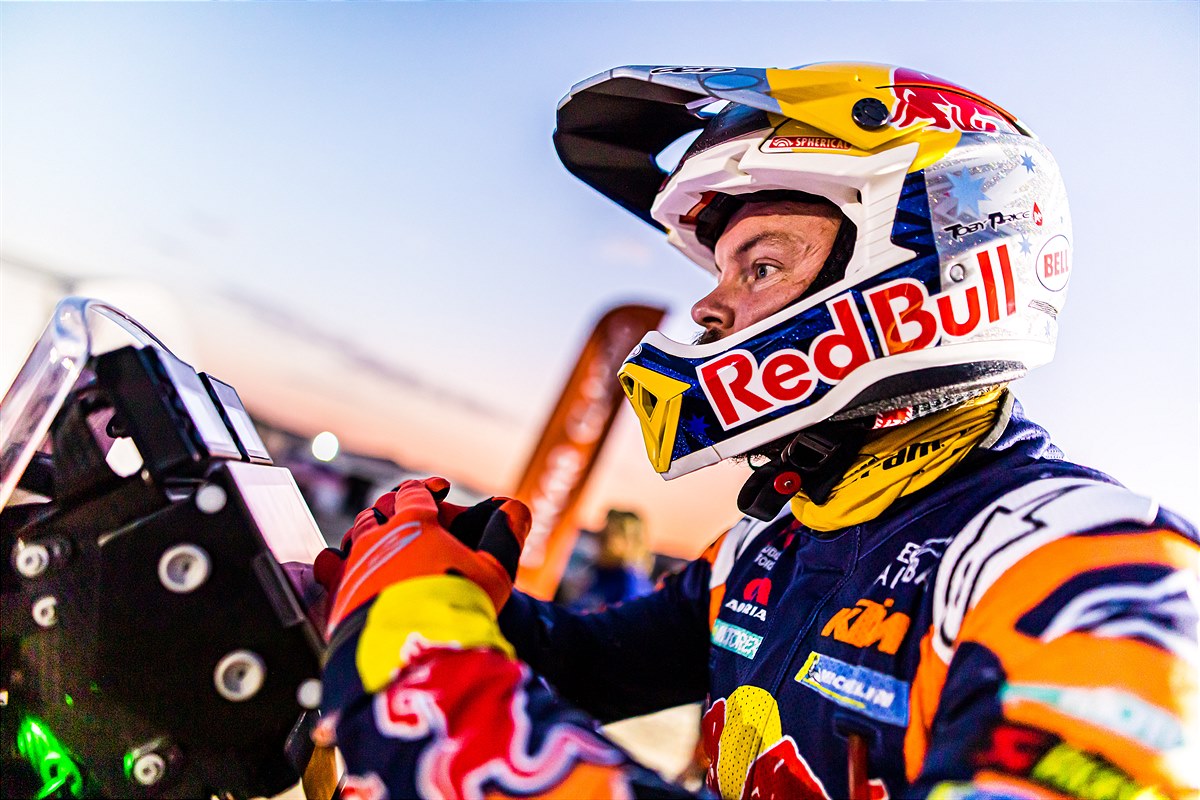 Toby Price admits his penultimate stage of Dakar 2023 was far from his best, despite hanging on to a narrow lead.

Two Red Bull KTM riders are separated by just 12 seconds heading into the final day of the event, setting up what could be the closest finish in Dakar Rally history after Kevin Benavides won the Shaybah to Al-Hofuf special.

Making matters more dramatic at the end of the 13th special stage was the uncertainty then about who actually led overall, with Benavides only credited with the fastest time of the day once he had 23:10s credited due to stopping to assist injured team-mate Matthias Walkner.

It was enough to give the Argentine the stage win and wipe out most, but not all, of the 2:40s deficit relative to his other team-mate at the start of the day.

Recounting his day, before he knew the outcome of the stage, Price said, “I made one little mistake probably around 130[km] there.

“We went too far right on a cap and I could just see everything ending there.

“At this stage, we just needed to really push where we could and tried to see if we could keep the lead and going into the last stage.

“We had one crash as well – I was looking at the top of a dune to start climbing it and there was a sharp little bank and I just lost the front and fell over – so it feels like I made an absolute mess of it today but if I can keep the lead, I’ll be one happy man.”

The Australian had predicted before Stage 13 that he would have to “push really hard” on the final two specials and so it was, despite challenging navigation.

“The last lot of dunes have been really soft,” explained Price.

“You can get stuck really easily, and today was like really long caps, so it was really difficult to try and keep on the cap heading.

“I caught the guys around 90[km] and then I just thought to myself, ‘If I want to win this race, I need to be at the front and try and capture that bonus time a little bit’ because I think the guys are going to catch at the back.

“We pushed hard all day and we’ve just got one day to go and I guess whatever position it puts us in is the end of the race.

“But, all in all, I’m happy. I know I’ve put in a hundred percent every day and done what I could and made a good strategy of the race and all in all I feel really good and really happy.”

A beach sprint to the finish line at Dammam awaits later today, with Benavides due to start the special at 17:18 AEDT and Price the last of the Bike riders to depart, three minutes later.