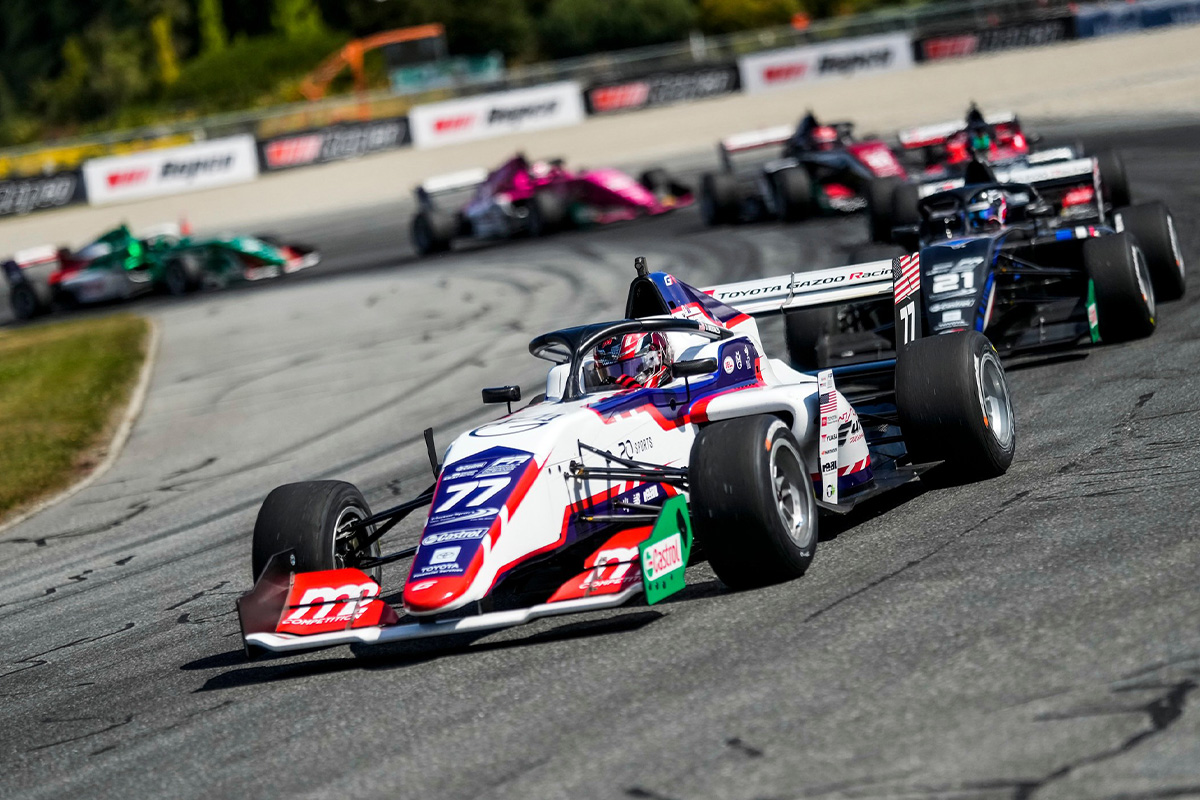 David Morales and James Penrose have shared victories to close out the opening round of the Castrol Toyota Formula Regional Oceania Championship at Highlands Motorsport Park.

In the afternoon’s feature race, American driver Morales had a flying start off the front row of the grid and captured the lead ahead of Callum Hedge.

Race 1 winner, Hedge, kept the pressure on Morales in the early stages, with the pair trading fastest laps of the race.

Further back in the field, there was contact between Jacob Abel and Josh Mason as the latter tried to make a move for fifth place.

Abel managed to continue after the tangle, though slipped to seventh, while Mason dropped to ninth.

With 11 laps to go, Kiwi racer, Hedge, pulled into the pit lane from second position as the crew frantically inspected the car.

That left Morales comfortably out front to the tune of nearly six seconds over Wurz and Sceats.

As the lead gap was coming down, Wurz made a mistake and ran off the road at the final complex of corners, losing a significant chunk of time.

Morales claimed the first feature race victory of the season by more than 10 seconds, while Wurz held onto second position ahead of Sceats.

Ryder Quinn took a solid haul of points in fourth — having started seventh on the grid — as Chloe Chambers rounded out the top five.

Hedge eventually returned to the circuit with six laps to go and was classified outside the top 10.

Earlier in the day in Race 2, the reverse grid affair, Penrose shot out into the lead off the start.

There was an early safety car when Sceats found the wall in the forrest loop.

Once green flag racing resumed, Penrose created a gap of more than five seconds over Abel and Wurz.

On the final lap, Wurz attempted a move on Abel, however, Quinn took advantage of the squabbling pair to claim third.

At the chequered flag, it was Penrose, Abel, and Quinn ahead of Wurz and Morales.

The next round of the Toyota Formula Regional Oceania Championship takes place at Teretonga Park Raceway from January 20-22.