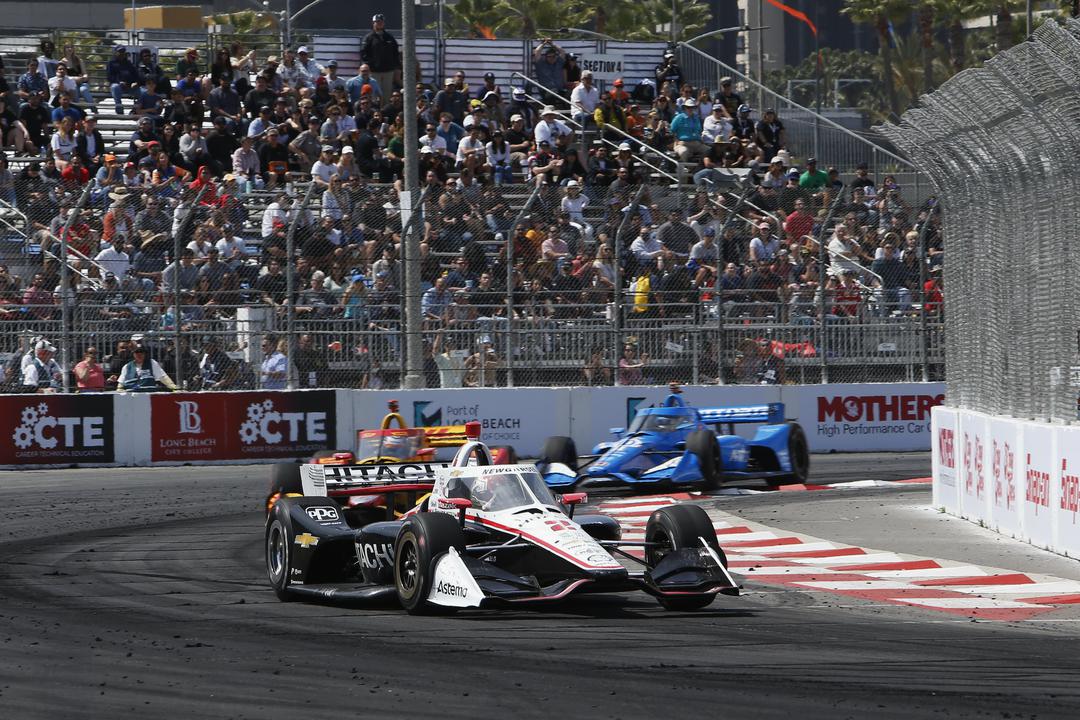 A partial resurface of the Long Beach IndyCar circuit has been completed ahead of April’s race event.

The Pine Avenue section of the track, that being the run from Turn 6 through to Turn 8, has been relaid in a project funded jointly by the Grand Prix Association of Long Beach and City of Long Beach.

“The completion of the repaving of the racecourse on Pine Avenue is a significant step in maintaining the Grand Prix circuit as one of the premier street courses in the world,” said Grand Prix Association of Long Beach President and CEO Jim Michaelian.

“This one segment needed an upgrade and was achieved through a true public-private partnership with contributions from both the Grand Prix Association and the City of Long Beach.”

The 2023 Long Beach event, to be held on April 14-16, will be the third stop on the IndyCar Series calendar and is also to feature a round of the IMSA SportsCar Championship.

Last year, Josef Newgarden took victory in a wild affair which finished under Caution conditions, with his Penske team-mate and eventual champion Will Power taking fourth.

Long Beach is not the only IndyCar track to have gone under a resurface of late, with both Road America and Laguna Seca having their bitumen completely replaced.

The 2023 campaign steps up a gear with an Open Test at The Thermal Club early next month, before St Petersburg hosts the first race event of the year on March 3-5.