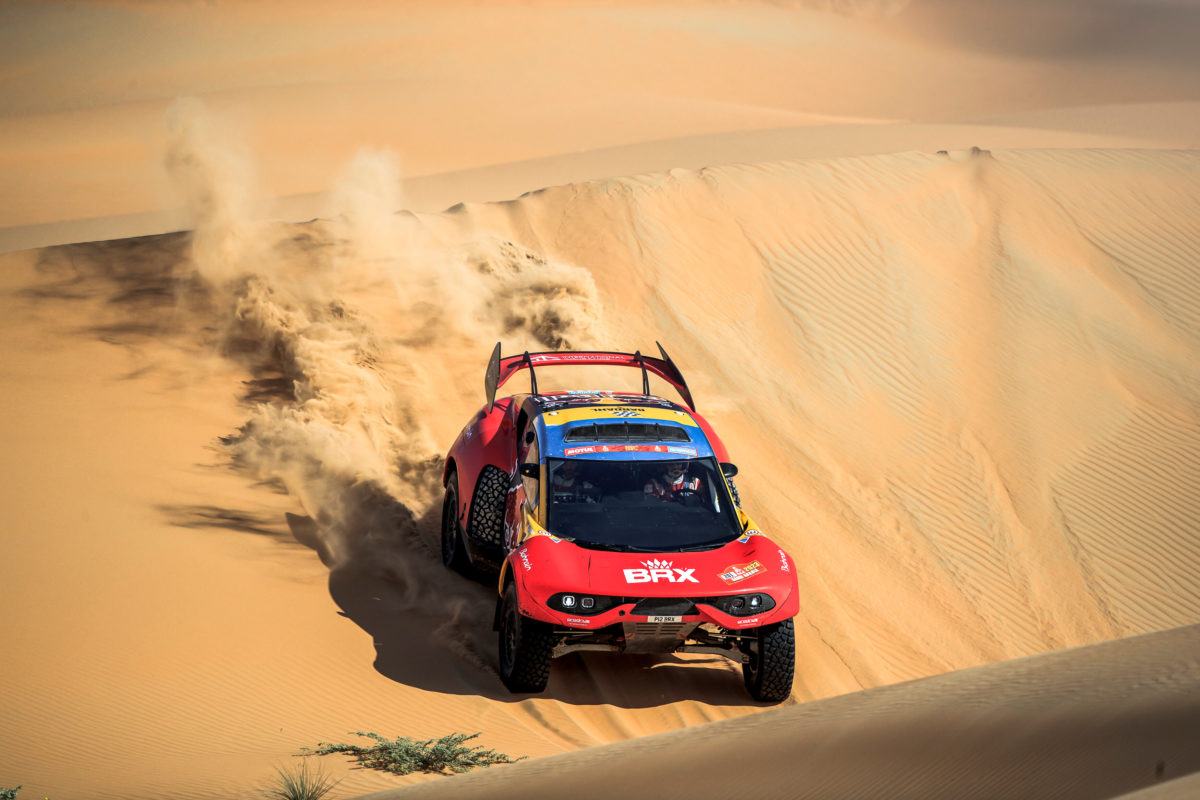 Sebastien Loeb has become the first driver to win six consecutive Dakar Rally stages but Nasser Al-Attiyah is still in the overall lead by more than an hour.

But for possible mechanical dramas, the overall top three in the Cars looks locked in after Stage 13, with Toyota Gazoo Racing’s Al-Attiyah 1:21:42s ahead of Prodrive Hunter driver Loeb, who has a margin of 14:08s over third-placed Lucas Moraes in another Hilux.

The penultimate day of Dakar 2023 took drivers from Shaybah to Al-Hofuf, with a 154km special made up primarily of dunes.

Loeb set the pace to every waypoint, extending his stage lead over Al-Attiyah at each, with the Bahrain Raid Xtreme driver prevailing by 5:28s once the #200 received a one-minute penalty.

“It’s great, even though the record was not necessarily my goal,” said the Frenchman.

“I especially wanted to cement my second place.”

The Dakar is the first round of the FIA World Rally-Raid Championship and while Loeb is in fact gaining points on Al-Attiyah with his string of stage wins, the Qatari is not especially concerned.

“For the championship, it is important to do well, like we did today, because it earns us points in the fight against Seb, who’s cranking out one stage win after another,” said the Qatari.

“Today, finishing just behind him limits the difference to one point, but what is really important to me is winning the Dakar.

“The race was great for us; we just have to bring the title home now.”

Overdrive Racing’s Moraes is third overall after finishing eighth on Stage 13, while Henk Lategan was ninth-quick on the day.

He gained 4:24s relative to Toyota Gazoo team-mate Giniel De Villiers, but the latter is still 7:36s up in their battle for fourth overall.

Mattias Ekstrom is 6:55:05s off the pace being set by Al-Attiyah in 15th overall after driving his Audi RS Q e-tron to third place in the special.

Century Racing’s Brian Baragwanath, twice a stage winner in the Quads in 2016, flipped his CR6-T when he hit a hole 19km into the special and is now 74th overall due to over 15 hours’ worth of penalty time.

Dakar Classic has already been decided, given that contingent will take a road section to Dammam on the final day, with victory going to Juan Morera and navigator Lidia Ruba in a Toyota HDJ80 LandCruiser. 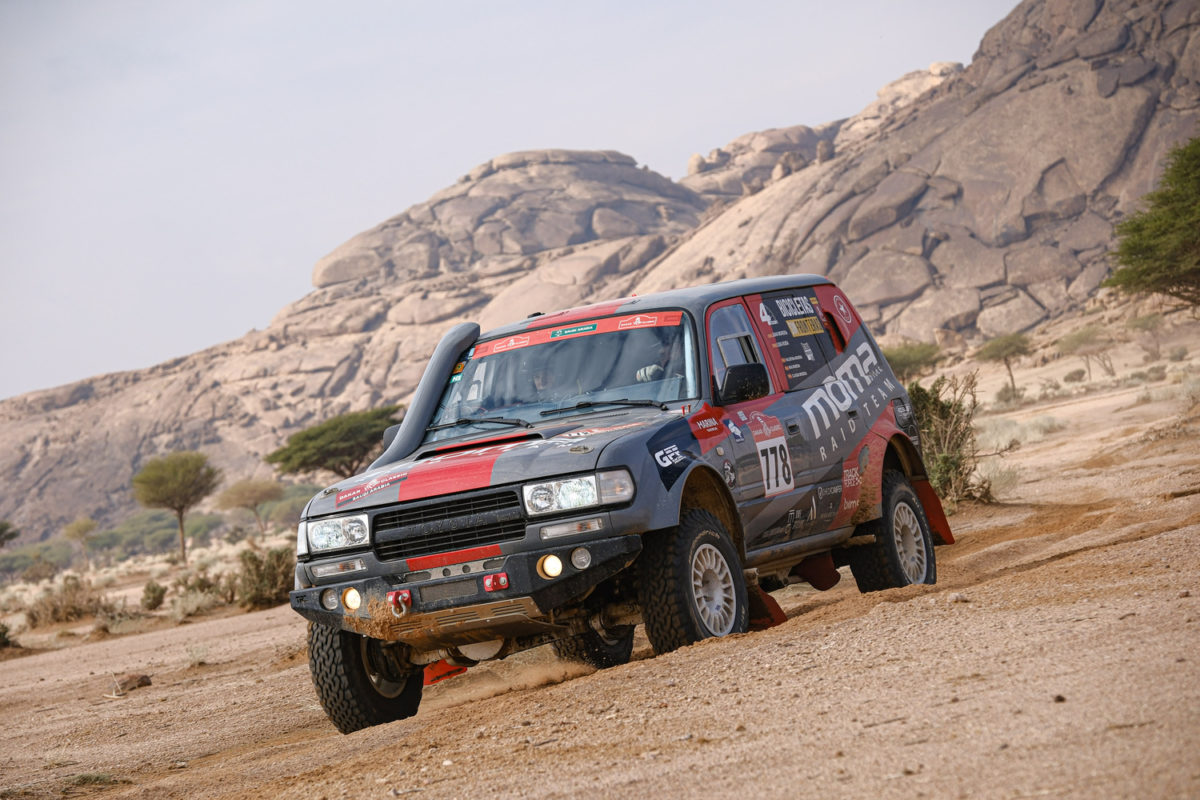