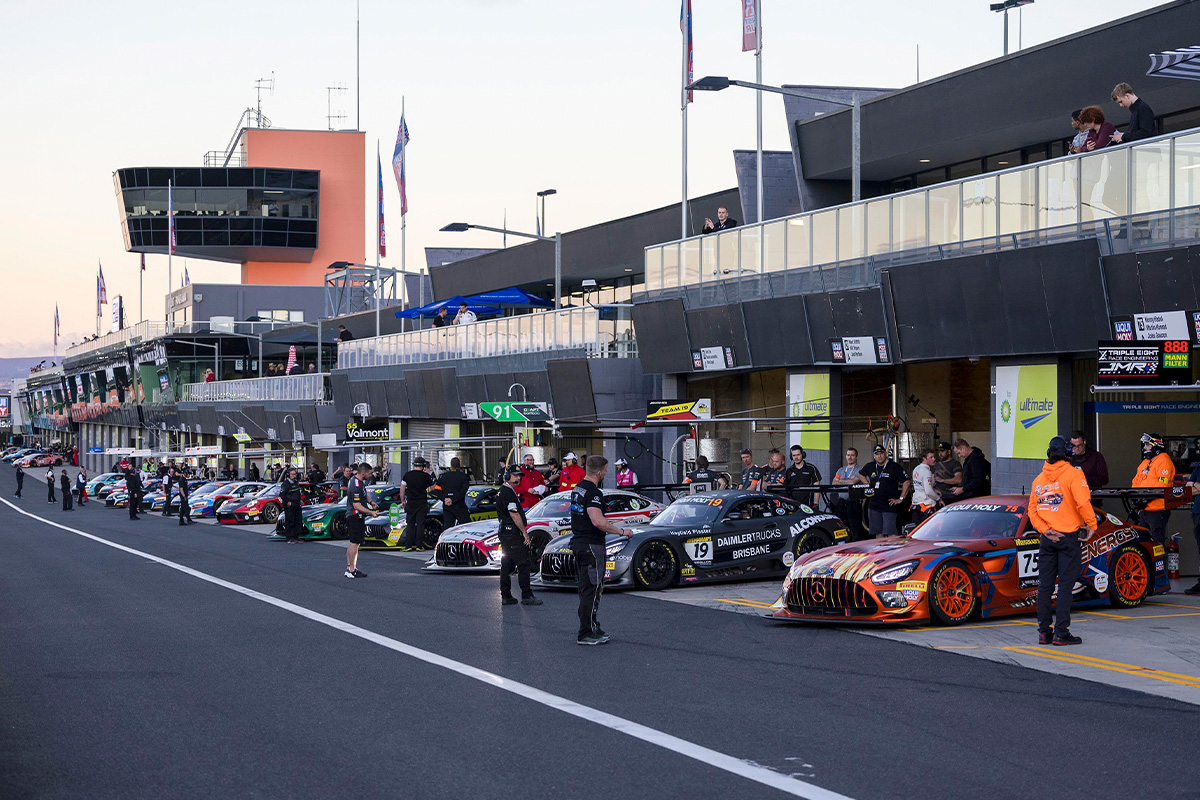 The on-track schedule for next month’s Liqui Moly Bathurst 12 Hour has been released by event organisers.

GT cars will return to Mount Panorama across the February 3-5 event with practice and qualifying on Friday and Saturday ahead of Sunday’s 12-hour contest.

A 28-strong entry list was unveiled earlier this week, with the session times now also shored up.

The ‘Town to Track’ parade will once again take place on Thursday (February 2), which will see the full field drive from the circuit to Bathurst CBD.

Beginning at 10:30 local time, the cars will be on show in the town centre ‘until the early afternoon’.

On-track action commences on Friday, with the first of four Bathurst 12 Hour practice sessions scheduled to take place at 09:45.

Rounding out the day is Practice 4 at 16:10, with all of the day’s sessions set for 40 minutes in length.

A further two practice sessions, both one-hour in length, kick off Saturday’s action with Practice 5 at 08:35 and Practice 6 at 10:50.

Qualifying is split into two parts and the break in between those sessions will see the highly anticipated demonstration of the Red Bull Racing Formula 1 car.

That will set the grid from 11th position onwards, but also decide which cars make it into the Top 10 Shootout which commences at 16:10.

Notably, the shootout will be held across two segments of 15 minutes each: the bottom half of the top 10 to run first, followed by the quickest five cars last.

That was also the case in 2022, seeing a move away from the traditional one-lap dash format.

Full broadcast details will be announced at a later date, however, coverage will be carried by Fox Sports, Kayo Sports, Seven, and 7plus.