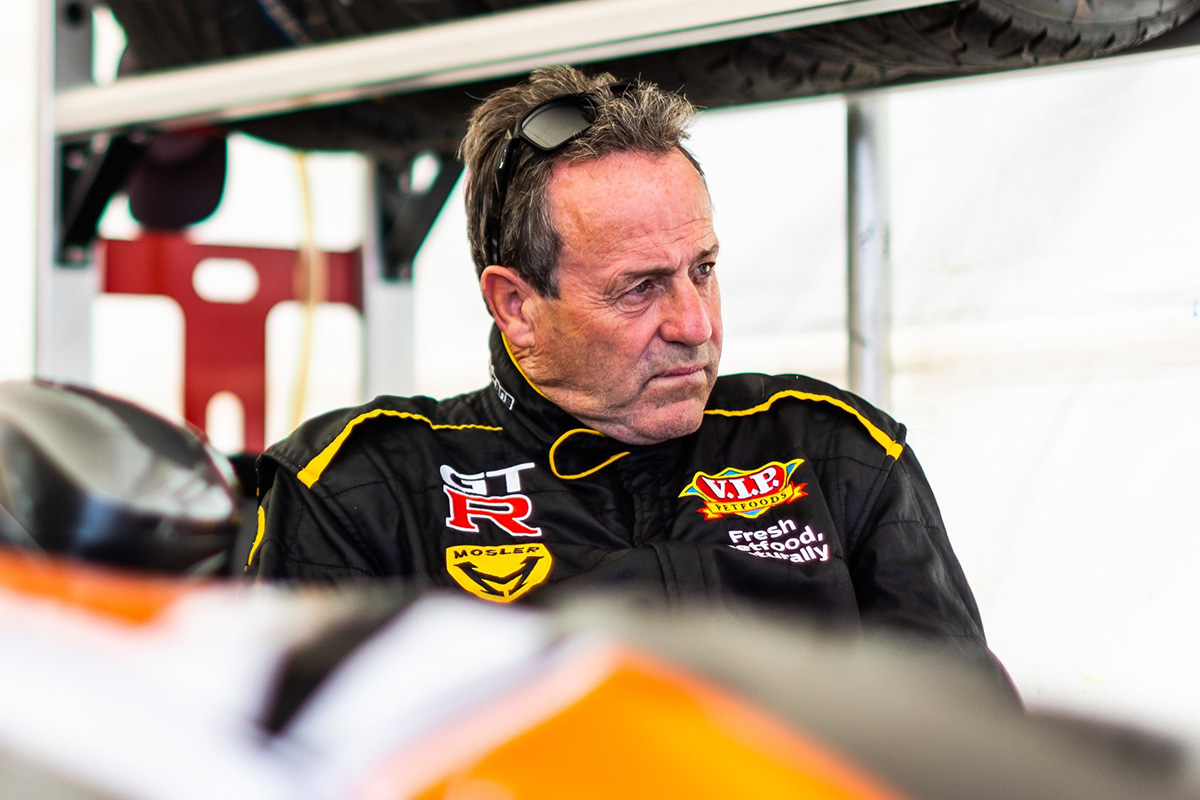 Tony Quinn has gotten back behind the wheel of a racecar for the first time after his horrific crash in Townsville last year.

The Scotsman is competing in the GT New Zealand Championship as part of the opening round of the Super Sprint series at Quinn’s own Highlands Motorsport Park venue.

For the event, he is sharing a Porsche 718 Cayman GT4 RS with good mate Grant Aitken.

The pair finished Race 1 of GTNZ on Saturday in 11th outright.

Quinn turned his first laps in the car during practice on Friday, with his immediate reaction captured in a video posted to social media by Greg Rust. The Porsche Quinn is sharing with Aitken

“Driving the car is easy, taking off the helmet is hard,” enthused Quinn after stepping out of the car.

Quinn’s return to racing comes six months on from when he was hospitalised in July last year after a serious crash.

His Local Legends car speared into the wall hard on the opening lap of the first Porsche Carrera Cup Australia race in Townsville.

Quinn was released from hospital in August having suffered 12 broken/fractured ribs, a fractured pelvis, two ‘busted’ ankles, and broken feet.

He later told Speedcafe.com of “seeing” the Grim Reaper at the end of his Townsville hospital bed.

Over the last few months, the 65-year-old has made rapid progress on his expected 12-month road to recovery; turning his attention to his off-track motorsport interests.

Quinn has a significant presence in motorsport and is the largest shareholder of Triple Eight Race Engineering.

He also owns various motorsport venues, including Queensland Raceway, Hampton Downs, and Highlands Motorsport Park where he is competing this weekend.

The Scotsman has also set about establishing a campaign to increase race belt education awareness called ‘Buckle Up Boys (and Girls)’ – “If you think it’s tight, tighten it again.’