Sanders still in pain from thorn in arm

Sanders still in pain from thorn in arm 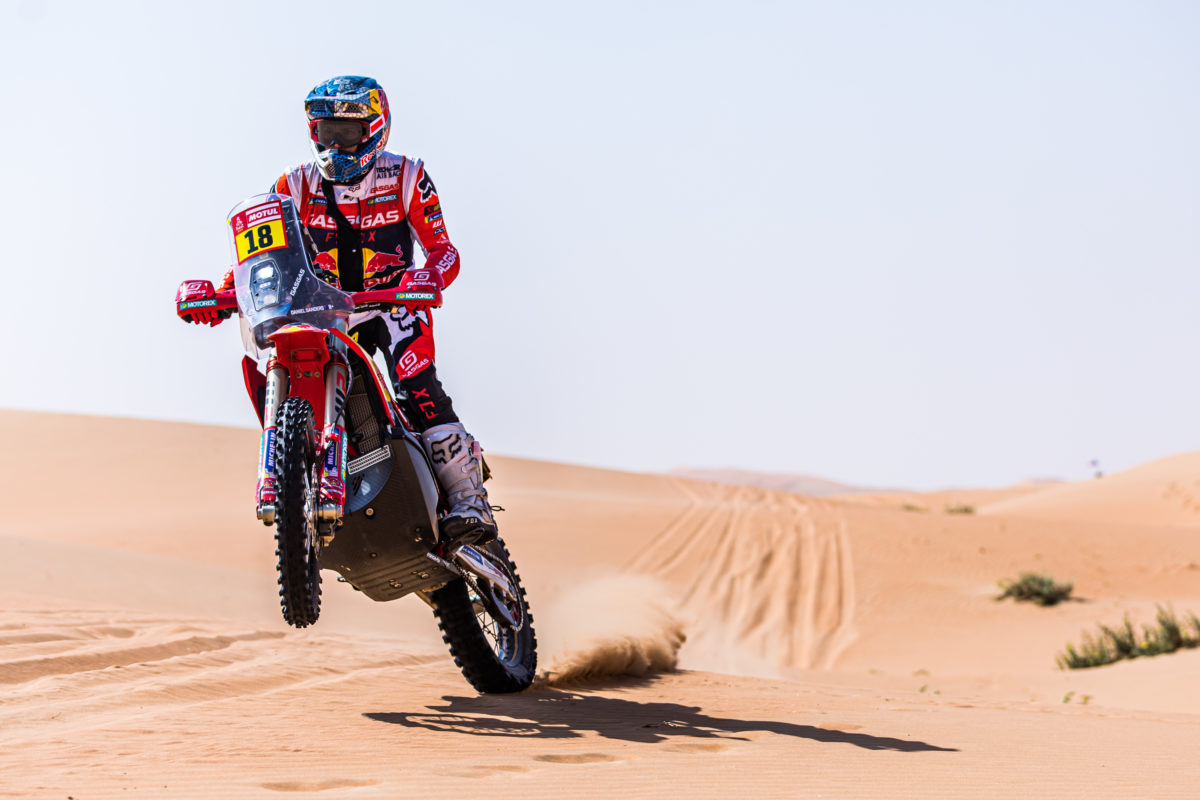 GasGas rider Daniel Sanders continues to feel pain from the thorn which became stuck in his arm during the first week of the Dakar Rally.

The Australian remains seventh overall after setting the second-fastest time on Stage 12, the latter half of the Empty Quarter Marathon, but is now just three seconds behind Luciano Benavides.

However, Sanders is still suffering due to the thorn which he suspected may have poisoned him earlier in the event, when he nearly retired due to illness.

“It was really annoying going across all the chotts because all the vibration was moving every time, so I was trying to push it back into the muscle because I think it’s trying to come out.”

According to ‘Chucky’, the thorn is likely to be removed before the start of the penultimate stage.

“It’s just a pain,” he reiterated.

“We’ll probably get it out today, I think.

“I tried to get through the rest of the race, but another two days with it doesn’t feel good. It’s not good, it’s not fun.”

Sanders finished slower than only Jose Ignacio Cornejo Florimo on Stage 12, by 49 seconds, despite being second onto the special and hence rarely having tracks to follow.

“It was pretty good,” he recounted.

“I started second and then caught Luciano [Benavides] after 60, 50 or 40km – something like that – then I got to open the rest of the stage and keep pushing.

“It was good fun. I’m slowly getting a little bit better in the dunes, getting back into the rhythm. It was good fun, not too hot.

“It was good to do some dunes, before a nice bit of chott to rest and then getting back into the dunes again and pushing. It was a pretty good day.”