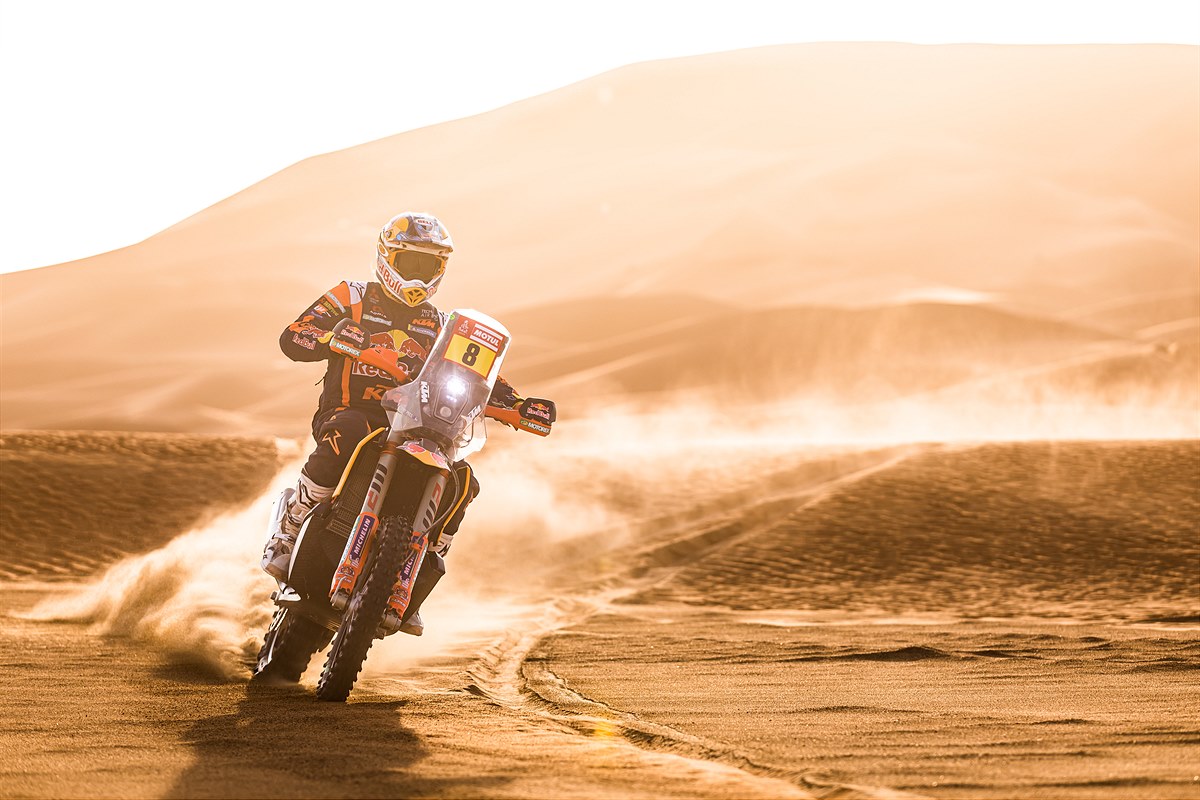 Toby Price says that now is the time to “push really hard” after taking over the lead of the Dakar Rally with just two stages to go.

The Red Bull KTM rider is still without a stage win in Dakar 2023 but moved to the top of the overall classification for the first time on the return leg of the Empty Quarter Marathon.

Recent days have seen road order prove a crucial factor, with those blazing a trail tending to lose time relative to the riders who have been able to follow their tracks, and hence the see-sawing battle between Price, Skyler Howes, and Kevin Benavides.

Now, Price is 28 seconds up Howes and 2:40s ahead of his KTM team-mate Benavides, having played the long game so far.

That is set to change on Stage 13, when the quickest riders will in fact be rewarded with a more favourable starting position for the 14th and final stage on Sunday.

“Tomorrow [Stage 13], we try and push really hard because, on the last day, it’s a reverse grid,” said Price at the completion of Stage 12.

“We need to try and see if we can make some really good time tomorrow, but then again you don’t want to push too crazy and risk an injury or being out of the race completely this close to the finish line.

“But other than that, the body feels good, the bike is good… It’s been a long two weeks.”

“The Empty Quarter has delivered what they said it was going to do,” remarked Price.

“There was a lot of sand and a lot of nothing out here.

“All in all, it’s been a good day. We were just trying to keep a good, smooth, consistent pace and now it’s just two days to go, so it’s not long.

“At the end of the day, if it works out in my favour, all well and good; if it doesn’t, then I guess we’ll just wait and see what unfolds for the race.

“I think that trying to have a strategy for the race at this point in time, it’s completely out of the window.

“We’ve just got to stay on two wheels and stay healthy.”