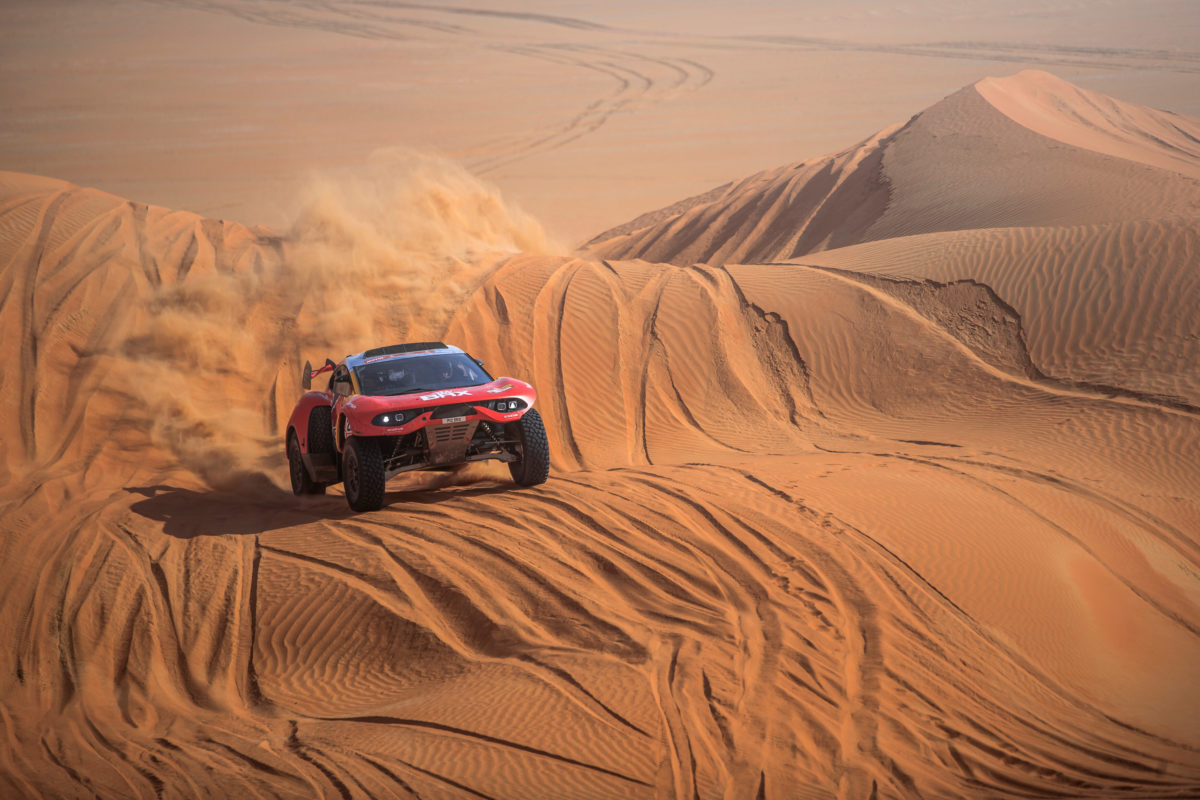 Sebastien Loeb has a fifth Dakar stage win in a row

Loeb’s victory on the second day of the Empty Quarter Marathon puts the Bahrain Raid Xtreme driver ahead of Lucas Moraes and into second overall after Stage 12.

However, Al-Attiyah, who was third on the day in his factory Toyota Hilux, is now 1:27:10s to the good with just two stages to go.

Once again, Loeb was quickest throughout in what was a 185km special through dunes and chott, with Al-Attiyah and Mattias Ekstrom left to fight over second place.

Ekstrom finished 3:19s slower than the #201 Prodrive Hunter in his Audi RS Q e-tron, and 12 seconds up on the #200 Toyota Gazoo Racing entry.

Guerlain Chicherit (GCK Motorsport) finished fourth on the day and Jakub Przygonski (X-Raid Mini JCW Team) fifth, with Moraes a relatively lowly 10th in his Overdrive Racing Hilux after stopping for a period of time.

Overall, the latter has slipped to 2:01s behind Loeb, but is almost an hour up on factory Hilux counterpart, Giniel De Villiers.

For Loeb, it is a case of what could have been after three punctures on Stage 2, mechanical problems on Stage 3, and a rollover on Stage 5.

“It was a good stage for us,” said Loeb.

“We had a good drive: no mistakes at all, a big push all the time.

“A perfect stage for me, so it was really good and we are really happy with the car, no trouble at all.

“I’m pushing for second, so I’m trying my best.”