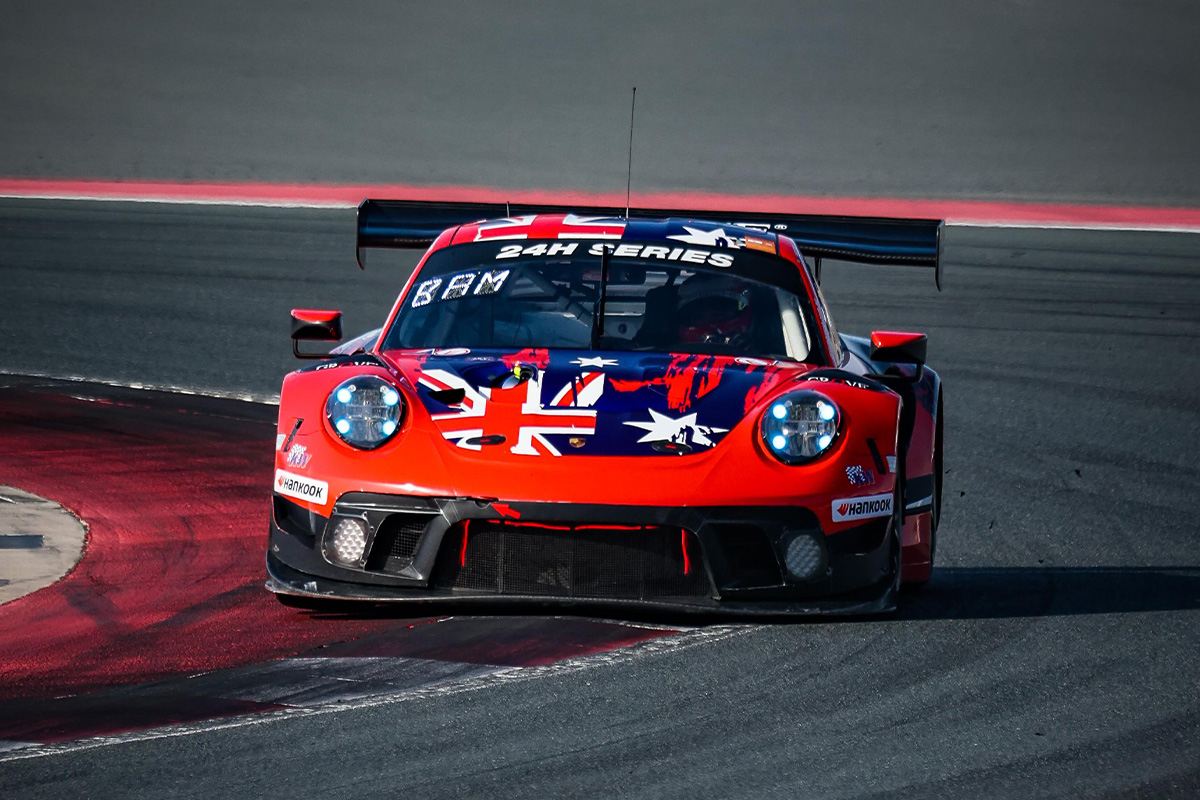 Grove Racing will start tomorrow’s 24 Hours of Dubai from fifth on the grid after a Mercedes-AMG front-row lock-out in the combined qualifying results.

Competing under the Grove Racing banner, the #10 car is being prepared by EMB Giga Racing for the Dubai Autodrome enduro.

In a new format for this year’s event, qualifying consisted of four sessions split equally between the afternoon and evening.

The Grove squad consistently featured high in the order with a seventh in Free Practice followed by a fourth in Night Practice.

Fifth on the grid for the Australasian quartet comes courtesy of a combined qualifying time of 2:00.328s, and sees them start behind last year’s winners, the Team WRT #7 BMW M4 GT3.

The Haupt Racing Team locked out the front row of the grid with a pair of Mercedes-AMG GT3s, followed by a Herberth Motorsport Porsche.

Cameron McLeod and Keith Kassulke, who are competing for Simpson Motorsport in a BMW M4 GT4, qualified third in class.