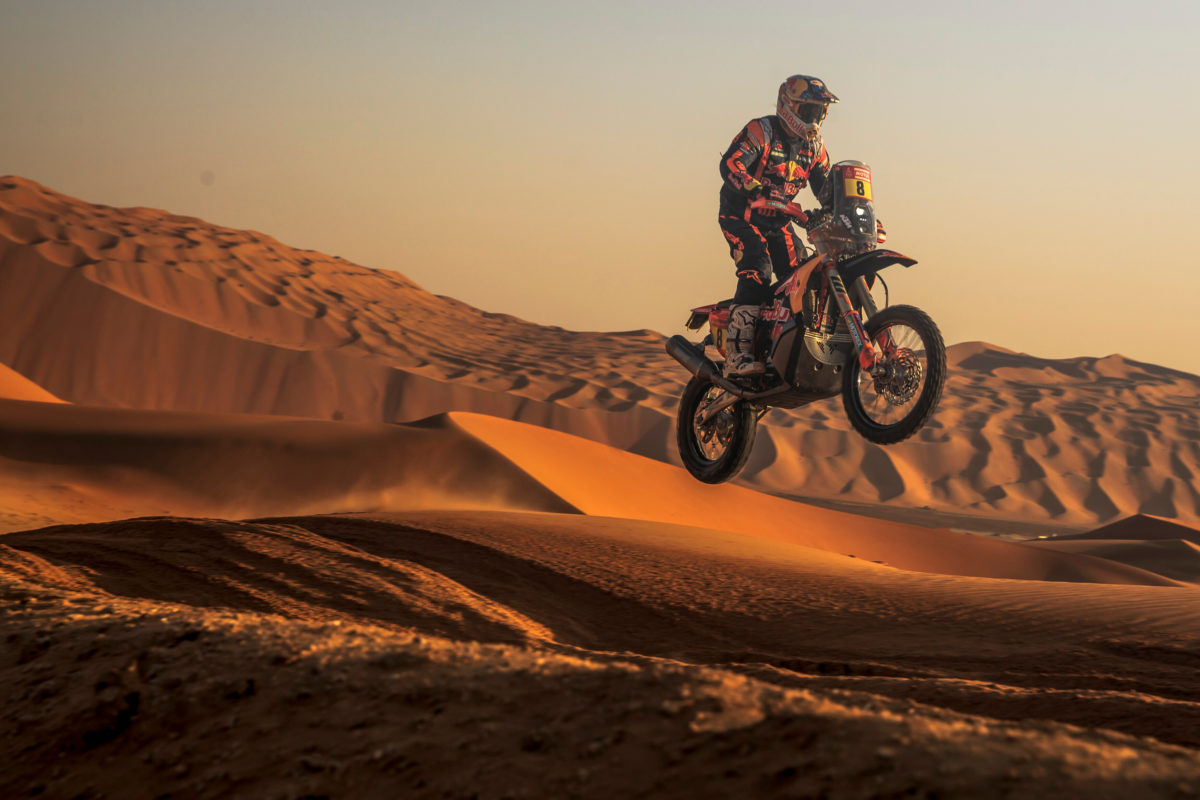 Toby Price has taken the overall lead on Dakar Stage 12

The return leg of the Marathon pair of stages saw riders embark on a 185km special from the Empty Quarter back to Shaybah, traversing a mixture of sand and chott.

That was exactly double his deficit relative to the American when they woke up earlier in the morning and hence the two-time champion leads for the first time in Dakar 2023, by 28 seconds with just two stages to go.

On the other Red Bull KTMs, Kevin Benavides finished fourth on the special and Matthias Walkner fifth, meaning the former remains third overall, 2:40s back from Price.

Monster Energy Honda’s Pablo Quintanilla fourth at just under 15 minutes off the pace, from his team-mate Adrien Van Beveren, with Luciano Benavides sixth at exactly 20 minutes in arrears on the other factory Husqvarna.

Having bided his time so far, Price looked to go out hard at the start of Stage 12 and, despite setting off from third in the road order, was still quickest to the Kilometre 42 and 87 waypoints.

Opener bonuses kept the KTM man ahead of team-mate Kevin Benavides at Kilometre 128 but Sanders had earned even more time and hence had taken over the virtual stage lead by then.

The GasGas-mounted Australian was 40 seconds up on Cornejo Florimo at Kilometre 156 once his bonuses were accounted for, but the Chilean charged home for his first stage win of the event.

Kevin Benavides may have beaten Howes to fifth position on the special, but a slow journey from the penultimate waypoint to the finish line meant he missed an opportunity to also move up a position in the overall classification.

Sanders, who is still battling pain from the thorn in his arm, remains seventh overall at time of writing but is now just three seconds behind Luciano Benavides, who opened the stage and would set a time 4:20s slower than Cornejo Florimo’s.

Now, just two stages remain, the next being the journey from Shaybah to Al-Hofuf which includes a 154km special through a chain of dunes.