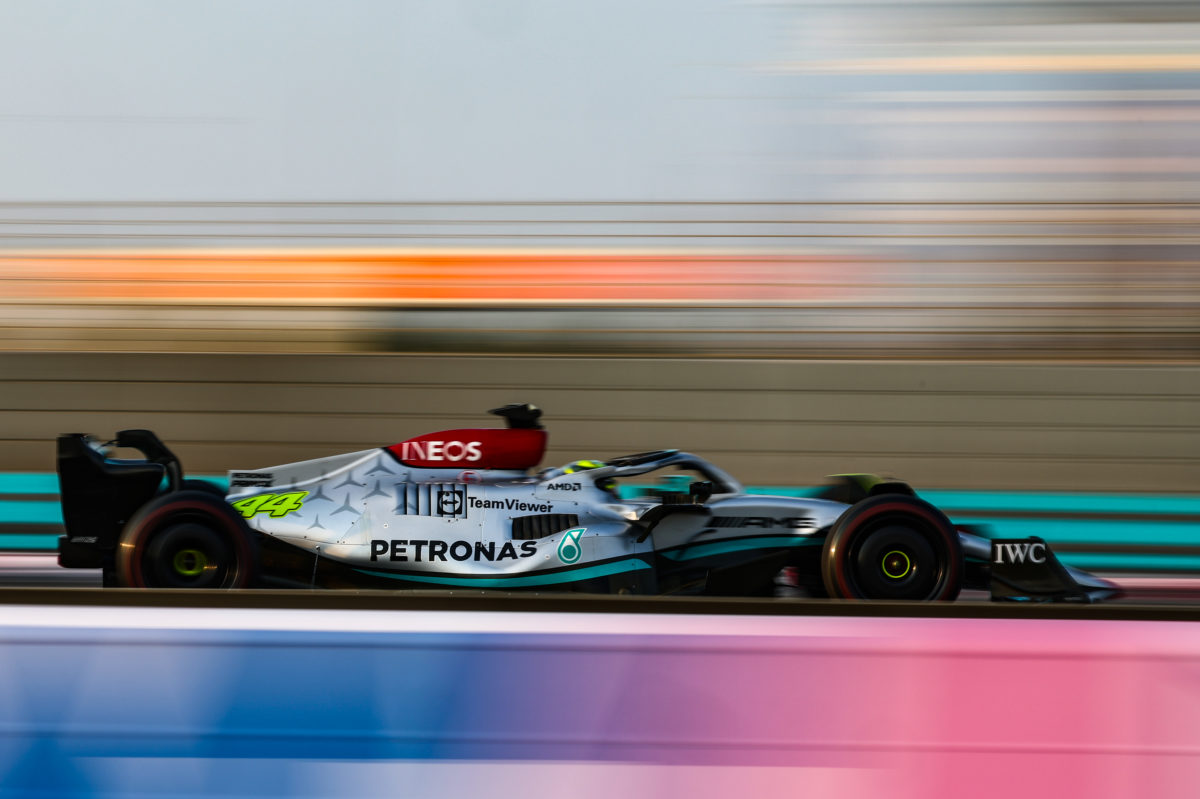 Mercedes has announced when it will launch the car which it hopes will put it back on top of Formula 1 in 2023.

The Anglo-German operation will pull the covers off the W14 E Performance on Wednesday, February 15 at Silverstone.

Mercedes missed out on the World Drivers’ Championship in 2021 but still extended its streak of constructors’ titles to eight in that season.

Last year, however, that ended as well as Red Bull, spearheaded by Max Verstappen, dominated.

Mercedes dropped to third in the championship but could at least claim that the latter half of its 2022 season was better than the first, with George Russell winning the Grand Prix encounter and the Sprint Race at Sao Paulo.

Having struggled with new aerodynamic regulations at the start of the campaign, it was a sign that the Brackley-based operation was turning its form around, even if Lewis Hamilton was winless all year in an unwanted career-first.

Mercedes’ own launch announcement states, “The 2023 car builds on the lessons learned from last year, which forced the Team to confront and overcome numerous challenges with the W13.

“The progress enabled by the efforts and determination of everyone at Brackley and Brixworth helped achieve stronger results from mid-season onwards, culminating in a 1-2 finish at the Sao Paulo Grand Prix.”

The Silver Arrows will again field Hamilton and Russell in the 2023 F1 season, with its launch to be shown on team social media channels.

Williams is currently set to be the first to launch this year, although likely with livery only, on February 6.

Seven teams have now named a date, with those yet to do so being Red Bull, Alfa Romeo Sauber, and Haas.