Larson to drive in 2024 Indy 500 in McLaren-Hendrick partnership

Larson to drive in 2024 Indy 500 in McLaren-Hendrick partnership 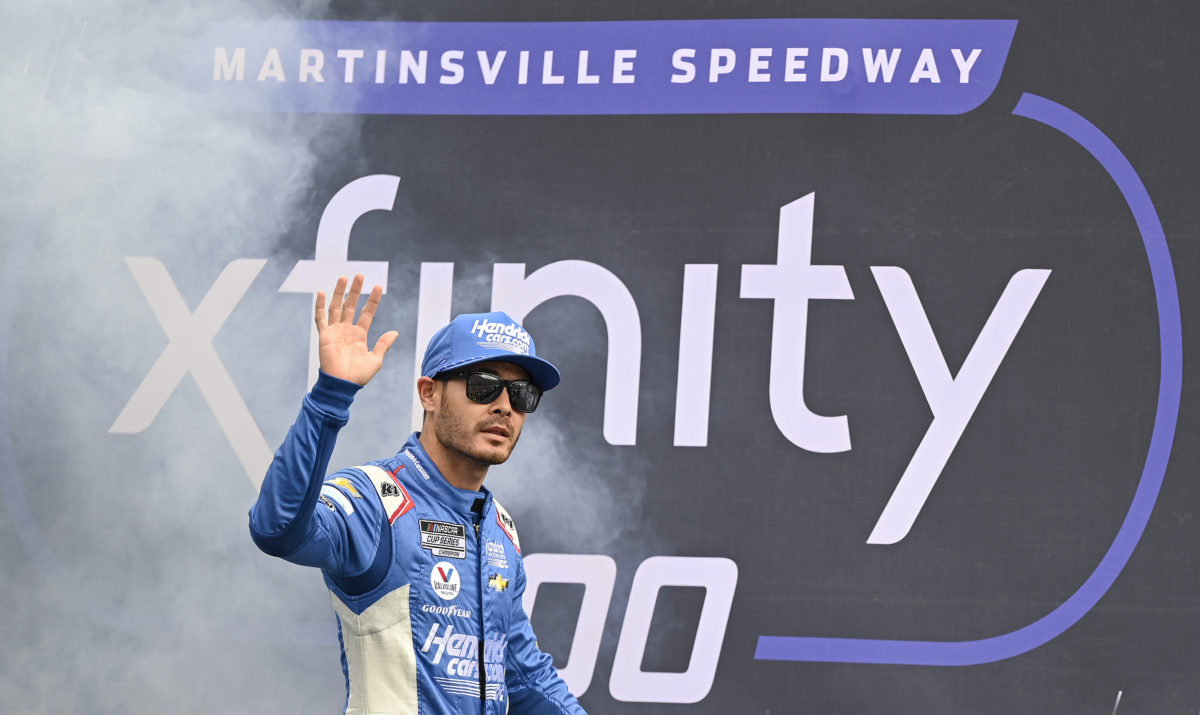 NASCAR champion Kyle Larson will contest the 2024 Indianapolis 500 in a partnership between McLaren Racing and his regular team owner Rick Hendrick.

The 2021 Cup Series title winner is thus set to become just the fifth driver, and the first since Kurt Busch in 2014, to race in ‘The Double’ of the Indy 500 and Charlotte 600 on the United States’ Memorial Day weekend, although Jimmie Johnson could yet do so this year.

Larson’s Chevrolet-powered IndyCar will be co-owned by Rick Hendrick and carry title sponsorship from HendrickCars.com, with car number and livery yet to be revealed.

“Competing at the Indianapolis 500 is a dream of mine and something I’ve wanted to do for a very long time – since I was a child before I ever began competing in sprint cars.

“To do it with Arrow McLaren and Mr Hendrick especially is a dream come true.

“I’m grateful for the opportunity and am really looking forward to it even though it’s still about a year-and-a-half away.

“I’m really looking forward to competing in both the Indianapolis 500 and the Coca-Cola 600 and maybe even get a win or two that day.”

McLaren Racing CEO Zak Brown said, “Adding Kyle Larson with a HendrickCars.com partnership to the Indy 500 line-up in 2024 is exciting for our Arrow McLaren team as well as for race fans.

“He’s a complete driver, known for racing anything on wheels, so I’m looking forward to seeing what Kyle can do in an NTT IndyCar Series car.

“It’s been great working with Rick Hendrick and [Hendrick Motorsports vice chairman] Jeff Gordon to pull this together, so a big thank you to them for what’s to come in May 2024.”

Hendrick Motorsports has won 14 titles and 10 Indianapolis Motor Speedway races in the NASCAR Cup Series, and Hendrick himself is thrilled to make his debut as an IndyCar owner.

“Having the opportunity to support Kyle, partner with an elite team like Arrow McLaren and promote HendrickCars.com in one of the world’s great auto racing events is truly unique,” he remarked.

“All of us are competitors. Putting Kyle in top-level equipment and allowing ample time for him to prepare for such a difficult challenge was important.

“It’s going to be very, very special to field a Chevrolet in the Indy 500 as a car owner.

“A collaboration like this was what we needed to make it happen, and fortunately the stars aligned.

“We’re 100 percent committed to doing it right and look forward to working with Zak and his organisation.”

Larson boasts 19 Cup Series race wins among a total of over 400 on bitumen or dirt, and McLaren’s announcement states that “His versatility and experience complements McLaren Racing’s investment, strategy and competition in different racing series.”

Its IndyCar team’s Racing Director, Gavin Ward, noted the 30-year-old’s success in a variety of disciplines/categories.

“Kyle’s ability and desire to compete across so many disciplines of motor racing is as rare today as it is refreshing,” declared Ward.

“He’s one of the best dirt track racers on the planet. He’s a NASCAR Cup champion. He’s won a Rolex 24 at Daytona.

“He’s an incredibly talented driver and has shown his ability to win no matter what he’s racing.

“We’re all racers on this team, and we’re going to give it everything to make sure this endeavour is as successful as possible.”

According to its Larson announcement, the team had “an opening in its 2024 lineup”, which suggests that this year may finally be the IndyCar swansong for 48-year-old Kanaan.