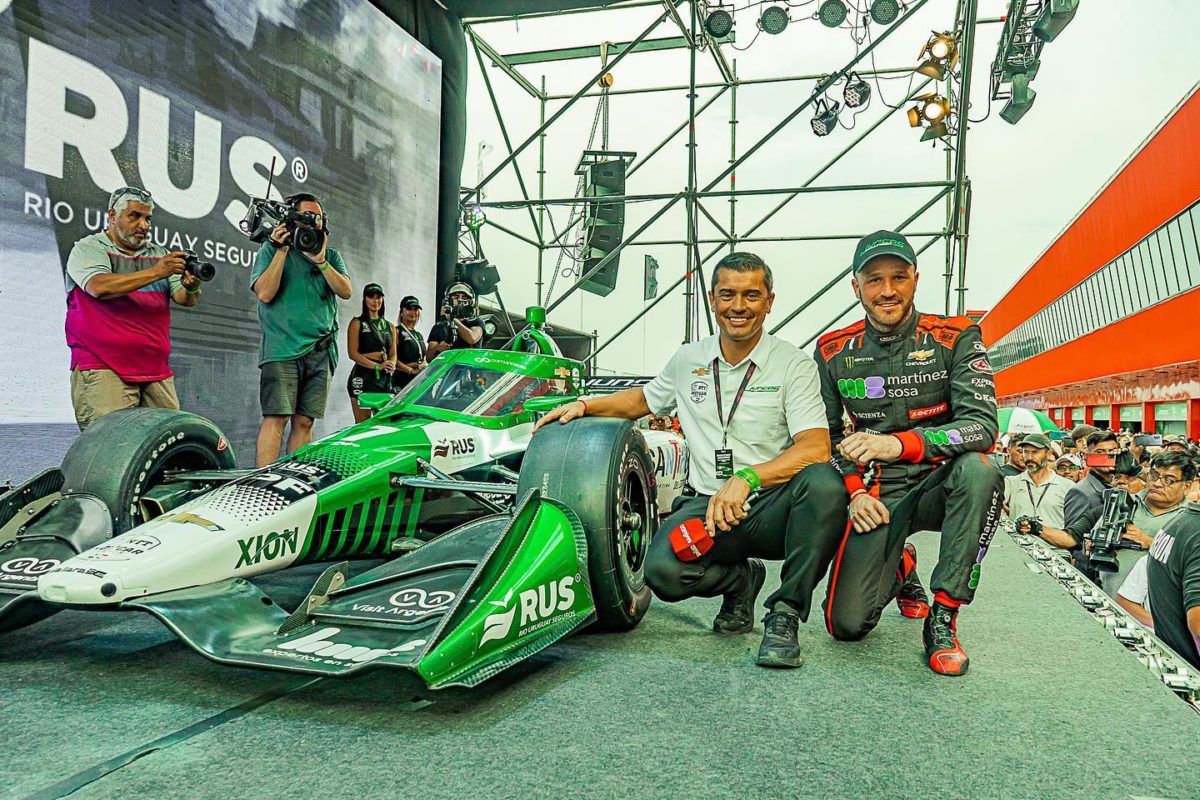 Juncos Hollinger Racing (JHR) has locked in its expanded 2023 IndyCar driver line-up with the signing of Argentine Agustin Canapino.

The 32-year-old will drive the #78 Chevrolet-powered entry as team-mate to incumbent Callum Ilott in what becomes a two-car team this year.

“For me, this is a great opportunity, so I am very grateful to [team owners] Ricardo Juncos, Brad Hollinger, to the Circuit of Termas de Río Hondo and all the sponsors that are making this possible,” said Canapino.

“I’m going to do my best in every moment to get the best possible results.

“I’m going in with my mind set on learning and going step-by-step, but I’m also focused on evolving throughout the season.

“The goal is to finish the races, get to know the car, and the circuits – especially the ovals.”

Canapino boasts 15 national championship titles in Argentina and also drove for JHR in a Cadillac DPi at the 2019 24 Hours of Daytona and 12 Hours of Sebring.

More recently, he tested one of the squad’s IndyCar’s at Sebring last October and performed demonstrations back home in November.

It is a point of pride for countryman Juncos, who said, “To be able to communicate this news today is incredible for me and my team.

“It has been more than 20 years since I came to North American motorsports. It has been a long road of uninterrupted hard work in which I have been fulfilling different dreams, and to see this particular one becoming a reality is truly incredible.

“After a complete analysis of each of the driver options we had to drive our #78 car, we have made the decision that Agustin Canapino is the right choice. Both Brad and I have full confidence in his ability.

“With a very successful racing career in Argentina behind him, he exceeded all expectations when he trained at Sebring and he’s confirmed that talent with what we’ve seen in his driving since.”

Hollinger added, “Callum demonstrated significant potential during his inaugural 2022 campaign as he surprised the field with his strong pace while learning every track.

“Agustin brings an unparalleled level of success in multiple race series to the team. His ability to adapt is exceptional and the significant experience he has accumulated winning multiple championships will complement Callum and the team nicely.

“We look forward to competing at the tip of the arrow this year with the goal of multiple podiums.”

There are set to be 27 full-time entries in the 2023 IndyCar Series, although Ganassi is yet to announce who will drive Car #11 on the ovals and no one has yet been confirmed for the other Dale Coyne Racing machine.

IndyCar will hold an Open Test at The Thermal Club on February 2-3 (local time), with St Petersburg hosting the first race event of the year on March 3-5.