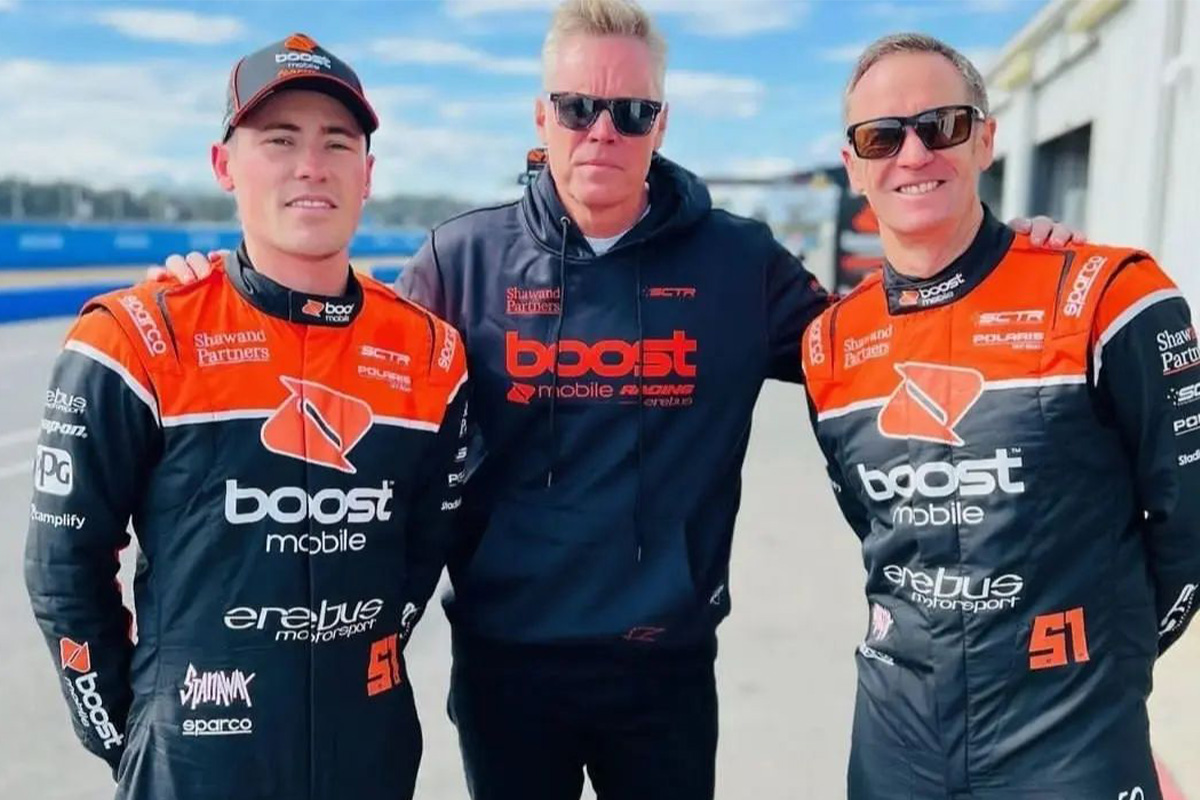 The news that Richie Stanaway will be Shane van Gisbergen’s co-driver in Supercars this year has drawn a positive reaction from Boost Mobile boss Peter Adderton.

Adderton had aimed to run Stanaway in the main game under the guise of his own team, however, the 26th Teams Racing Charter (TRC) was not released.

His next plan was to field the New Zealander as a wildcard in the Repco Supercars Championship.

That largely takes the 31-year-old off the market, though there is hope Stanaway could take part in at least one solo event as a wildcard.

He posted on social media: “As everyone knows we have been pushing [Supercars] hard to get our team on the grid for 2023 and have been blocked by certain Teams.

“So [we were] without clarity and not being able to give [Stanaway] the certainty of anything in 2023 including not being told if we can even run wildcards.”

“So when this opportunity to race with [van Gisbergen] and [Red Bull Ampol Racing] came up for Richie, we were not going to get in the way of this incredible opportunity for him, I for one could not be prouder of our [Boost Mobile] ambassador Richie

“The wildcard with [Greg Murphy] was created to give Richie one last shot to show off his talent — well done mate, now give ‘em hell.

As previously reported by Speedcafe.com, Stanaway described Adderton and compatriot Greg Murphy as ‘instrumental’ in landing the most sought-after Bathurst co-drive in the Supercar pit lane.