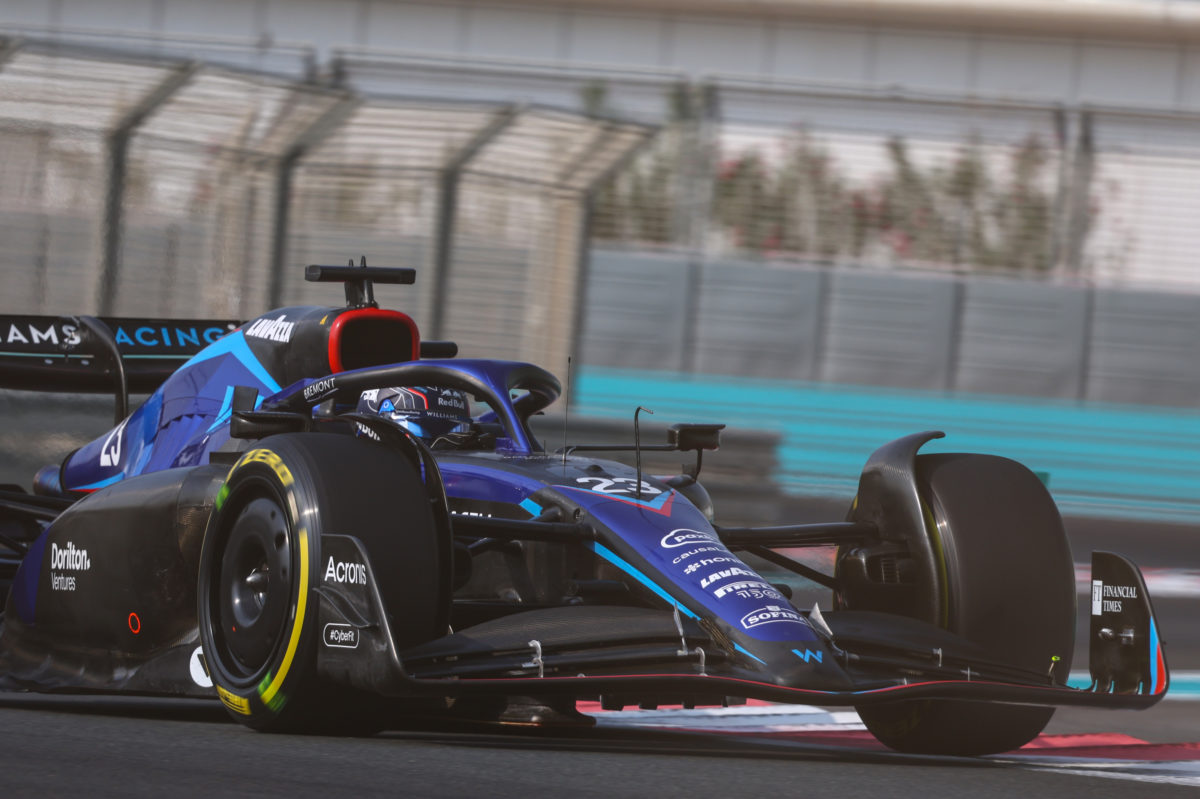 Williams is currently set to be the first Formula 1 team to launch its 2023 campaign.

The Grove-based squad has announced a date of February 6 for an online event, five days before AlphaTauri conducts its own launch in New York City.

However, AlphaTauri looks like unveiling only a new livery at the time, and it appears Williams will do likewise based on its announcement.

“Join us on Monday 6 February where you’re invited to watch our 2023 Season Launch event exclusively live on the Williams website and app at 14:00 GMT,” it reads, in part.

The FW45, as its 2023 car is likely to be known, would presumably be shown off closer to pre-season testing, which takes place at Bahrain on February 23-25.

As Williams’ announcement notes, it will take a new driver line-up into the season ahead, with Logan Sargeant replacing fellow North American Nicholas Latifi as Alex Albon’s team-mate.

Sargeant’s drive was announced by the team in October 2022 but could only be confirmed in the following month once he secured the requisite Super Licence points, when he finished fourth in the Formula 2 Championship.

There is change too in senior roles within the squad with Jost Capito, who was brought in after Dorilton Capital bought Williams from the family, stepping aside from the Team Principal role and Technical Director FX Demaison also leaving.

No replacements have yet been named for the team which finished bottom of the 2022 constructors’ championship.

Six outfits have now announced their launch dates, with those yet to do so being Red Bull, Mercedes, Alfa Romeo Sauber, and Haas.