Price, Howes cautious as Benavides crashes through at Dakar

Price, Howes cautious as Benavides crashes through at Dakar 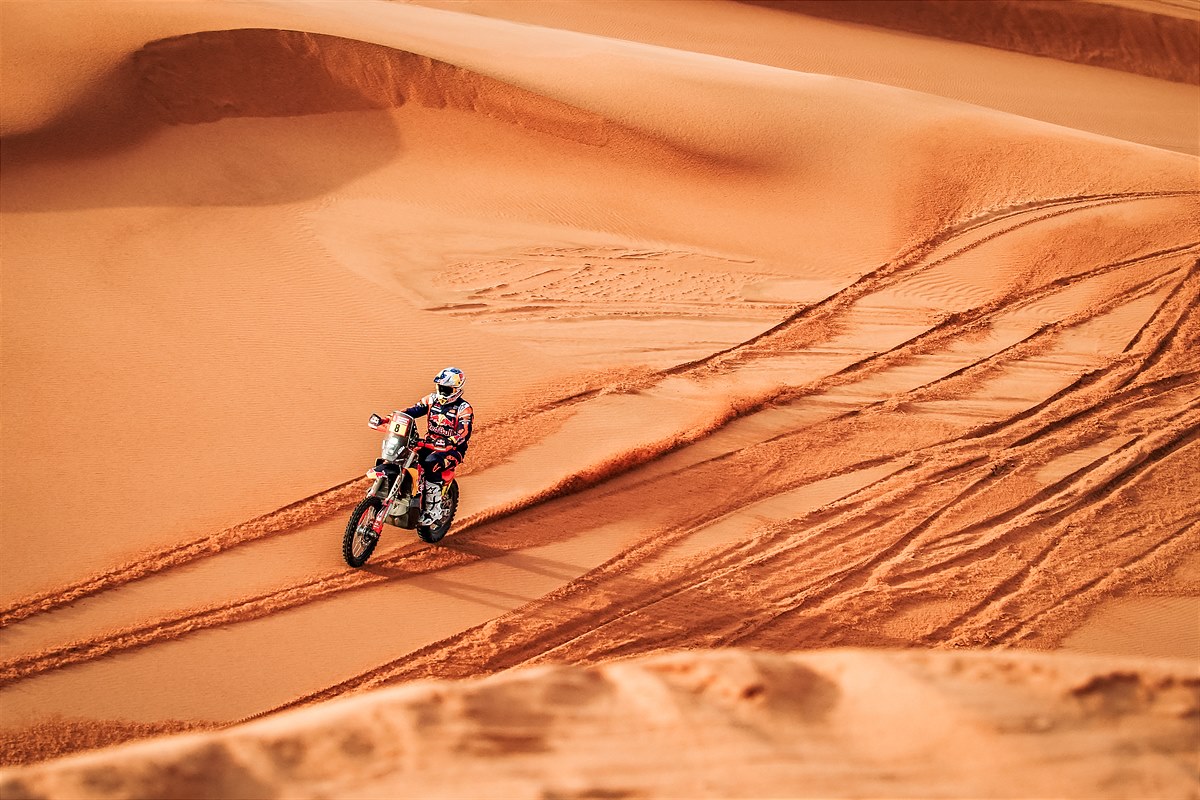 The top three in the Dakar Rally have revealed vastly different approaches after the completion of Stage 10.

Kevin Benavides leapfrogged Skyler Howes and Toby Price to take over top spot in the overall classification by winning a 114km dune special.

The Argentine had started the day more than five minutes behind both Husqvarna’s Howes and Red Bull KTM team-mate Price, but now leads by 1:29s in a top three covered by 2:10s.

His ride between Haradh and Shaybah was something of a case of throwing caution to the wind.

“It was a short day on the special but a really long liaison – almost 500km – but I think I did a good job,” said Benavides, the 2021 Dakar champion.

“I pushed as hard as I can and then I crash. It was not so big – I lose some minute there – but then I tried to continue pushing until the end, so I think it was a good stage.

“It’s all dunes but it’s nice to change the terrain,” he added.

“On the dunes, it’s more easy, the navigation, because you only need to follow the cap.”

Price’s performance so far has been reminiscent of the ride to his second and most recent Dakar crown in 2019, when he only took the overall lead with two stages to go and won only the final stage.

“It was a short stage today – 114km – but we just played it safe today,” he said after dismounting his KTM.

“There was a lot of broken dunes and everything, and it was really soft.

“All in all, I think so far the position was pretty good after Luciano [Benavides] opened the way and did a really good job.

Howes had a similar take, even if he experienced a spill during the morning.

“At the beginning, we could realise there’s going to be a lot of drops out there and scary downhills and things like that,” explained the American, who is now second overall.

“So, more or less, just took it real slow and easy and just want to make it through this stage today and get ready for the Marathon stage.

“On short stages like this, you can definitely lose it, but trying to win it on a short stage is not really necessary.

“I did have one crash – I’m sure you’ll see; [it was] super-funny – but anyways, trying to have fun out there.”

As Howes noted, the next two stages in The Empty Quarter take place under Marathon conditions, meaning no external assistance for riders until the completion of Stage 12.