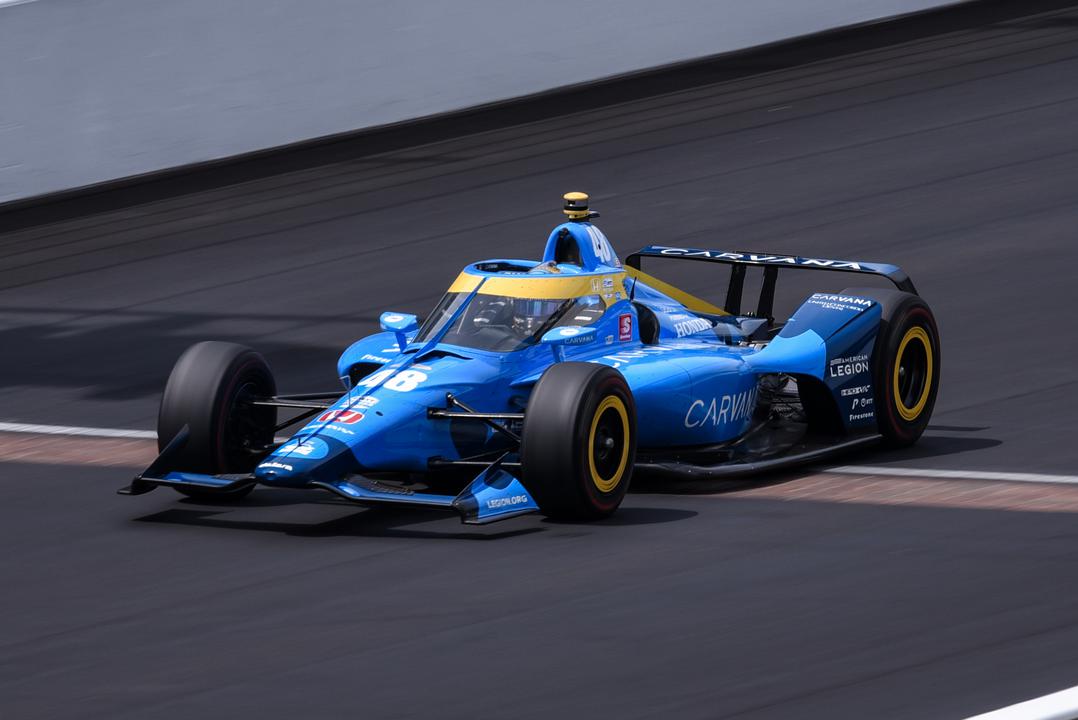 Jimmie Johnson remains a possibility of driving for Chip Ganassi Racing in the 2023 Indianapolis 500.

It was announced in the months following his first and only full season in IndyCar that Johnson is returning to NASCAR as a team owner and part-time driver.

That development raised questions about whether or not the 47-year-old would even have time for the Indy 500 in his calendar, let alone the manufacturer conflict of driving a NASCAR for a Chevrolet team while Ganassi is powered by Honda.

Johnson himself admitted that was a stumbling block, saying in November, “There’s still just a lot to sort out, including, of course, the manufacturer piece.”

However, the seven-time Cup Series champion has now revealed that a second tilt at The Brickyard in an IndyCar is still in play, notwithstanding a clash with the NASCAR All-Star Race at North Wilkesboro.

“The All-Star Race is really high on my personal list, so I hope to do it, but there’s the Indy 500 piece that is out there on the IndyCar side, and that would be a conflict,” he told America’s Associated Press.

“I know that CGR needs a decision soon.

“They’re going to allocate engine sets and [are] still trying to get the pieces to fall into place, and part of that is from sponsorship perspective.”

Already, Tony Kanaan has moved to McLaren for its 500-only entry, citing that he was “last on the [Ganassi] list” after driving Car #48 at Indianapolis Motor Speedway in 2021, when Johnson did not race on ovals, and the fifth car in 2022.

Since then Ganassi has signed New Zealander Marcus Armstrong to drive what becomes Car #11 this year, but only for the road courses and street circuits.

Current Ferrari junior Robert Schwartzman recently tested Car #11 at Sebring but is not in the frame to share that entry with the former Ferrari junior in 2023, with the Israeli-Russian looking like a possible replacement for Alex Palou in the event that the 2021 champion does leave for McLaren at the end of the upcoming season.

Johnson crashed out of the 2022 Indianapolis 500 but scored the best four results of his IndyCar career thus far in the other oval encounters, namely a fifth at Iowa, a sixth at Texas, an 11th in the other race at the Iowa double-header, and a 14th at Gateway.