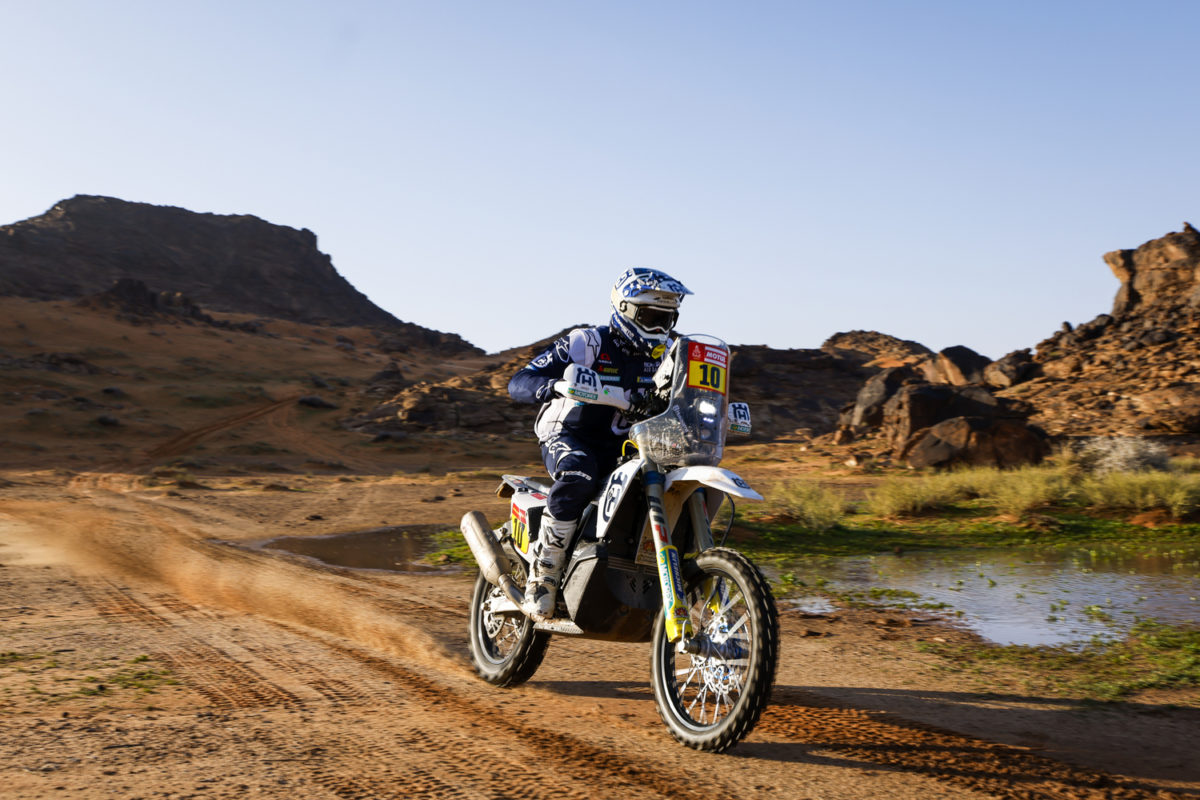 Skyler Howes has regained the Dakar Rally lead and Toby Price is 28 seconds off the pace after the first day of Marathon competition, Stage 11.

Stage 10 had seen Kevin Benavides throw caution to the wind to leapfrog Husqvarna Factory Racing’s Howes and his Red Bull KTM team-mate Price, but the Argentine’s progress was reversed on the 274km special in Saudi Arabia’s Empty Quarter.

He is back to third overall at 2:44s away from top spot on a day when brother Luciano, on another factory-entered Husqvarna, continued to climb the overall classification with his third stage win of Dakar 2023.

Other than Kevin Benavides, none of the aforementioned riders started Stage 11 from any higher than 13th in the road order and it was Howes who was quickest early on a special which was predominantly chott (salt lake).

However, once Luciano Benavides reclaimed the stage lead at Kilometre 142, he did not cede it again.

Daniel Sanders snuck into second place on his Red Bull GasGas at 1:38s off the pace and fellow Australian Price, whose beacon was not transmitting during the stage, ended up third on the day at another 18 seconds slower.

Howes took fourth in the special and Pablo Quintanilla (Monster Energy Honda) fifth while Kevin Benavides, from fourth on the road order at the start, could only manage the 10th-fastest time.

Stage 10 winner Ross Branch (Hero Motosports) was 19th-fastest on the day and sits 29th overall at time of writing.

Marathon stage running concludes tomorrow with another 376km in the Empty Quarter, just under half of which is competitive.