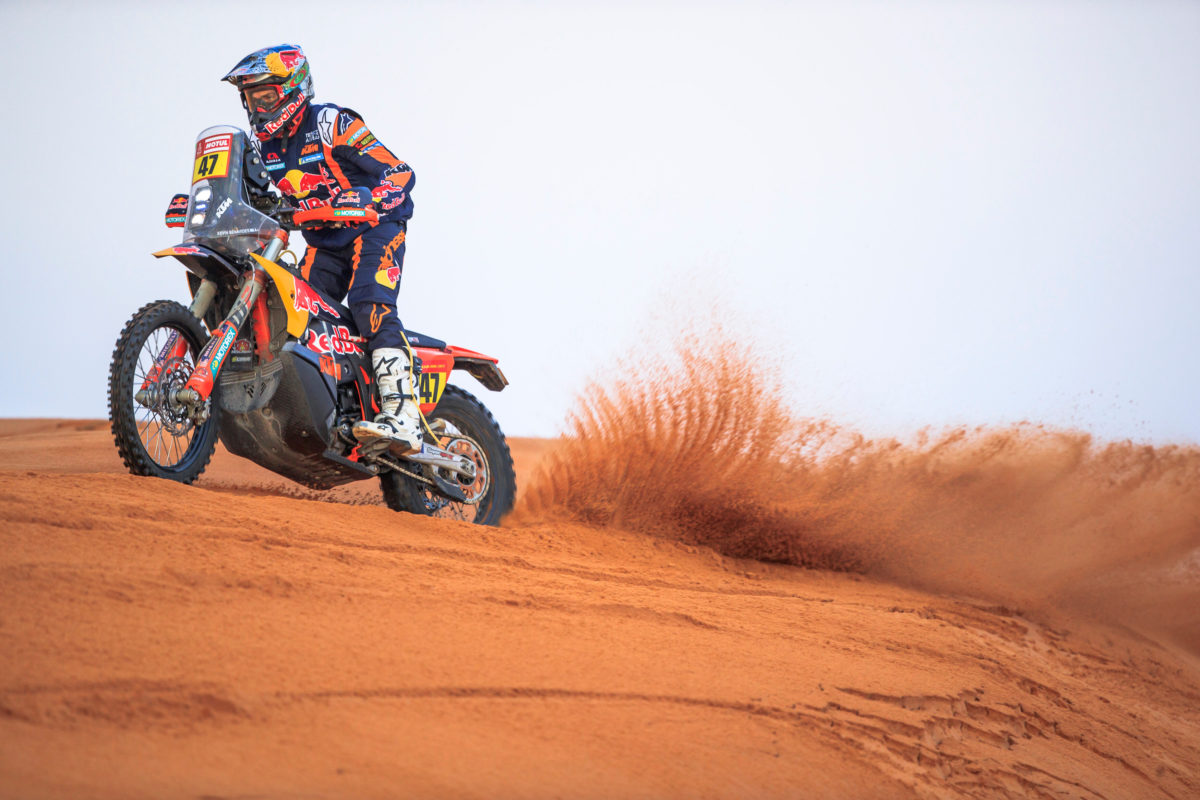 Kevin Benavides has leapfrogged Skyler Howes and Toby Price to take over the Dakar Rally lead by winning Stage 10.

The Red Bull KTM rider started the day just over five minutes behind the top two but, despite their opener bonuses, is now 1:29s clear in the overall classification after a short but dune-dominated 114km special which took the field into the Empty Quarter.

Husqvarna Factory Racing’s Howes drops one spot to second but has increased has margin over Red Bull KTM’s Price to 41 seconds, based on the provisional Haradh to Shaybah stage results which count Hero Motosports’ Ross Branch as the day’s winner.

From deep in the road order, Michael Docherty (HT Rally Raid Husqvarna) was quickest to the first waypoint, at Kilometre 29, before Adrien Van Beveren (Monster Energy Honda) took the lead at Kilometre 60.

However, 14 positions back in the road order at the start of the day, Branch became one to watch and he would turn a one-second deficit relative to Van Beveren at Kilometre 84 into a 21-second victory over the Frenchman at the finish line.

Docherty was third-quickest on the special and Kevin Benavides fourth at exactly a minute off the pace, from his Red Bull KTM team-mate Matthias Walkner.

At time of writing, Daniel Sanders (Red Bull GasGas) was 12th-fastest for the stage, Howes 17th, and Price 18th.

Overall, Van Beveren is fourth at 9:52s behind Kevin Benavides while Pablo Quintanilla (Monster Energy Honda) is the last rider within 15 minutes of the top spot in the general classification.

Now, the Marathon stages await, when riders will not be allowed external assistance and are only permitted to help each other.

Stage 11 features more sand in a 274km special in the Empty Quarter.