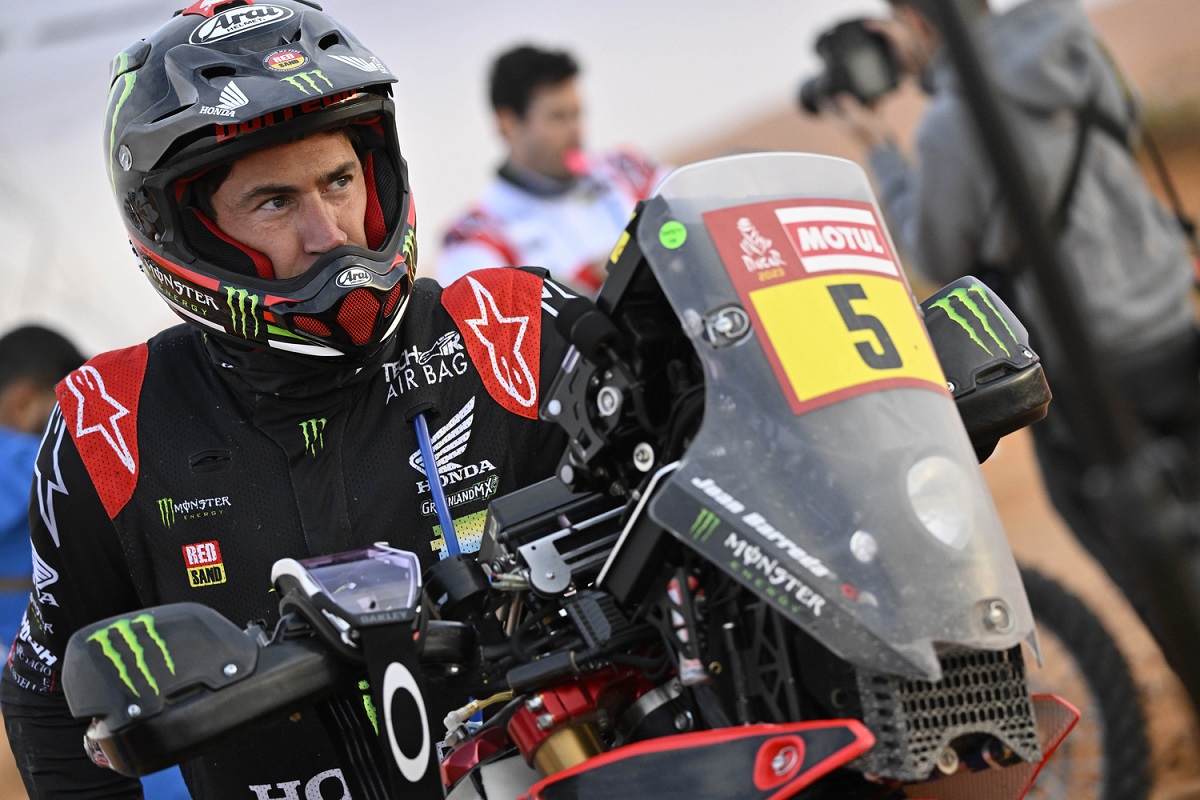 Joan Barreda Bort is out after a crash on Dakar Stage 9. Picture: ASO/Gigi Soldano/DPPI

Joan Barreda Bort has been diagnosed with a fractured vertebra after his crash on Stage 9 of the 2023 Dakar Rally.

The injury, as reported by Marca in his native Spain, came after the Honda-mounted rider went down in a chain of dunes 16km into the Riyadh to Haradh special.

It is thought that Barreda was brought unstuck in somewhat similar fashion to car-driving countryman Carlos Sainz, who front-flipped his Audi RS Q e-tron when he jumped off one dune and landed nose-first in the next one.

The incident looks to have brought a slightly premature end to the career of one of the 39-year-old’s decade-plus Dakar career.

Already this year, he was competing for his own ‘Monster Energy JB Team’, but with significant support from the Honda manufacturer with which he had previously competed.

Barreda has never won the Dakar event but his 30 stage victories, the most recent of which came days ago on Stage 4, is three shy of the record held by Stephane Peterhansel and Cyril Despres.

His best overall rally result is likely to go down as a fifth position in both 2017 and 2022.

Barreda’s was not the only Honda to crash on Stage 9 of Dakar 2023, with factory pilot Jose Ignacio Cornejo getting stuck under his bike when he went down.

“I was feeling pretty good from the beginning, made no navigation mistakes and was riding at a good pace,” recounted Cornejo.

“Then I crashed, not too fast, but got stuck under the bike and damaged the road book.

“I have to thank [Lorenzo] Santolino because he was there and helped me.

“I lost some minutes, but not too much and managed to continue at a good pace.”