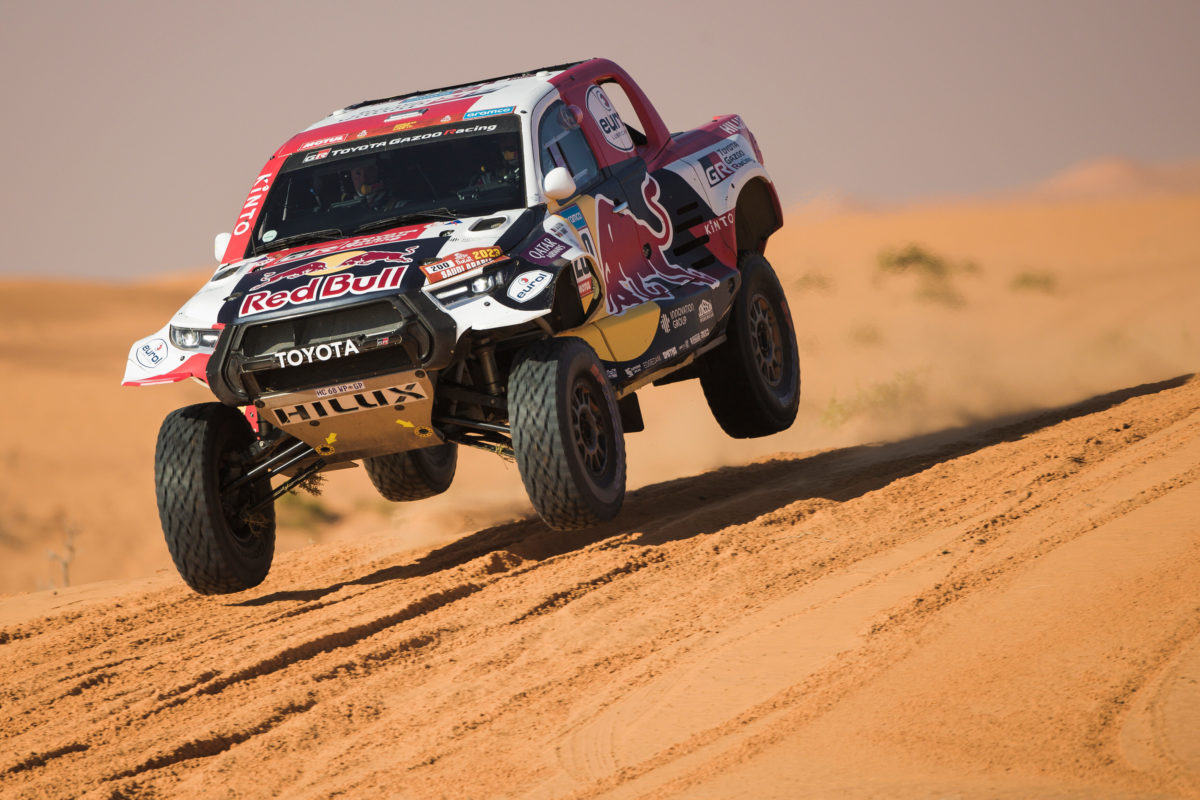 Dakar stewards have decided to take no further action against Nasser Al-Attiyah or his navigator after their social media outbursts over Audi’s mid-event power increase.

Al-Attiyah and Mathieu Baumel both took to social media to vent their anger after the Equivalence of Technology (EoT) adjustment which benefited all vehicles in the alternate energy T1.U subclass to the tune of eight kilowatts.

The factory Toyota Hilux driver went as far as asserting in his since-deleted Instagram post that the FIA was “killing the race early”, before both he and Baumel got back on to social media in order to apologise.

As it turns out, their apologies came during a suspension in a stewards hearing over the matter which they requested in order to publicly express their regret over the matter.

The stewards report did state that they committed the offence of breaching Article 12.2.1f of the FIA International Sporting Code which lists “Any words, deeds or writings that have caused moral injury or loss to the FIA, its bodies, its members or its executive officers, and more generally on the interest of motor sport and on the values defended by the FIA” as a breach of rules.

However, stewards also decided to take “No further action”.

They had found that “In the absence of any justification for this, the crew members published posts on social media expressing outrage that the entry into force (following the publication of its decision by the FIA W2RC Committee) of the regulations of the FIA W2RC EoT process methodology (which was agreed and announced in the presence of all the parties involved before the start of the season and provided for in Article 13.3 of the FIA 2023 CCRSR, granting the appropriate rights to the FIA W2RC Committee.) violated sporting principles”.

However, it was determined that Al-Attiyah and Baumel “were overwhelmed by some kind of emotion at the time” and “did not want to damage the reputation of either the FIA, the Dakar promoter or the Organizer”.

The Qatari and Frenchman expressed “sincere regret”, which was accepted as genuine, and promised there would not be a repeat.

“The Stewards decide that the case is closed,” furthermore read the stewards report.

“It is not necessary to take additional action against the Competitor or Crew members.”

Ironically, the three Team Audi Sport entries which had been Al-Attiyah’s and Toyota Gazoo Racing’s biggest threat have all dropped out of contention for victory, if not withdrawn from the event altogether, due to various dramas.

The above stewards decision was handed down after Stage 8 and, following a rest day, Stage 9 resumes this evening (AEDT).