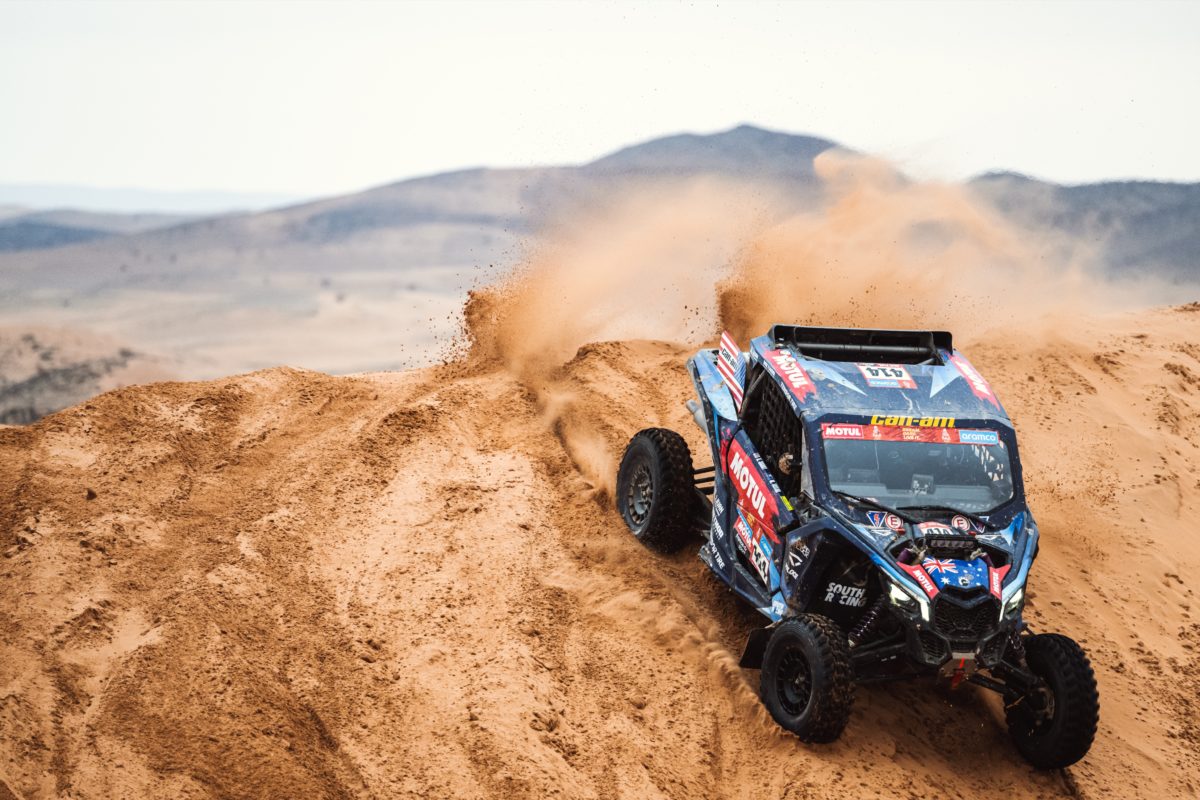 Molly Taylor finished sixth on Stage 8 of the Dakar Rally despite her SSV being t-boned by a Toyota Hilux along the way.

The Australian reached the finish line in a time 4:33s slower than stage-winning South Racing Can-Am team-mate Jeremias Gonzalez Ferioli, moving back up to 11th overall.

However, it was a wild day for Taylor, and battling with a long brake pedal was not the extent of the drama.

“As we came up to one of the really big [dunes] and were just cresting the top, a T1 Hilux was coming from another way and t-boned us, square in Andrew’s [Short, co-driver] door, so there was a bit of damage,” she recounted.

“Thankfully, it just hit the bodywork on the car and not anything mechanical, so we lost a few of the spare parts that we carry; they all just kind of fell out a gaping hole in Andrew’s door.

“Thankfully, we just got kind of stuck and we had to reverse down and find another way to pass, so it could have been a lot worse.”

Martin Macík (MM Technology) is fourth overall after his fourth stage win of the rally.

In Quads, Alexandre Giroud’s (Yamaha Racing – SMX – Drag’on) margin over Manuel Andujar (7240 Team) was snipped to a still commanding 1:41:37s when the latter prevailed on Stage 8.

Mitchell Guthrie (Red Bull Off-Road Jr Team USA by BFG) jumped back into contention in Lightweight Prototypes, his third on the day moving him to 3:19s behind overall leader Guillaume De Mevius (Grallyteam).