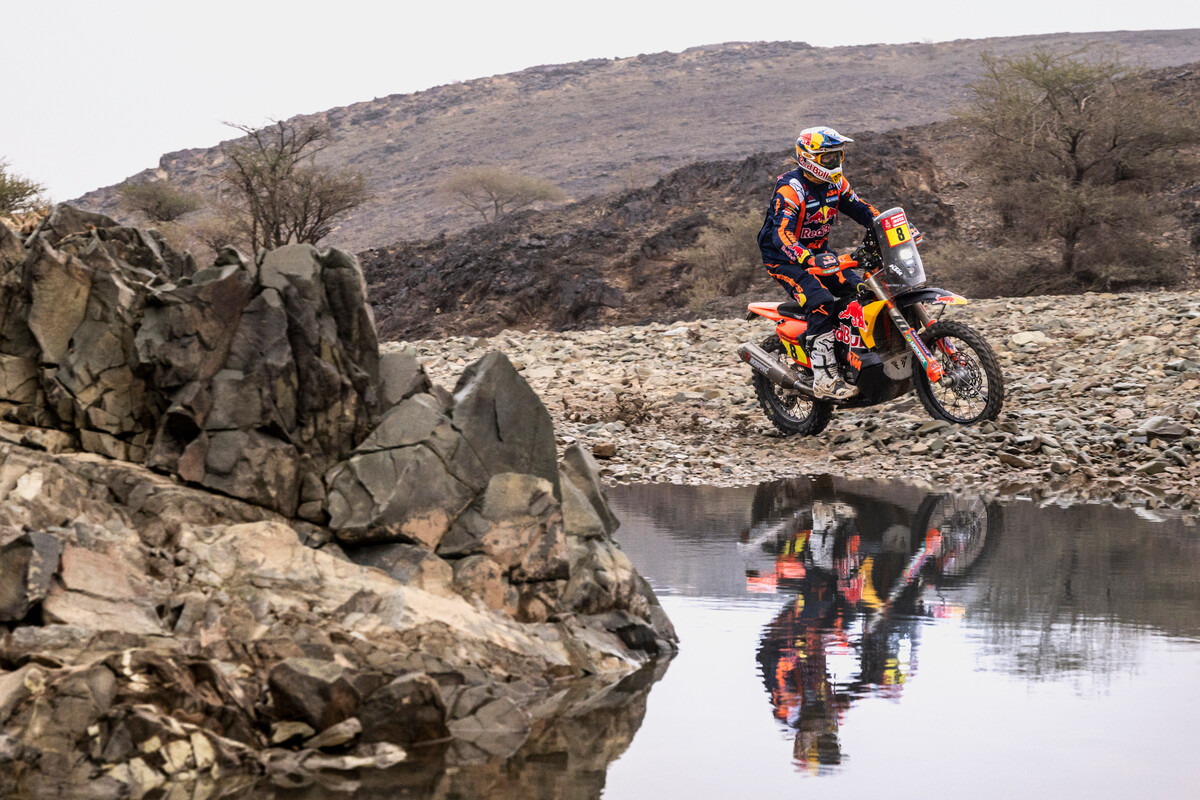 Red Bull KTM rider Toby Price says it was “inevitable” that he would lose time relative to those starting behind him on Stage 8 of Dakar 2023.

The two-time Dakar champion set only the 17th-fastest stage time, yet dropped only one position to fourth in the overall classification and is in fact closer to top spot despite incurring a one-minute penalty.

Instead of being 3:31s off the pace set by Skyler Howes, he is now only 1:58s in arrears of the American rider who was even slower on Stage 8, having been one place ahead of Price in the starting order.

They, along with the winner of the previous competitive stage for the Bikes in Luciano Benavides struggled with wet stones on the Al Duwadimi to Riyadh special.

However, as Daniel Sanders (Red Bull GasGas) explained after he was seventh to set off, the openers blazed a clear track for those following.

“I’m definitely looking forward to the rest day now – time to relax and get sorted for the second week of racing,” said Price.

“I lost a little time today riding up near the front, but my overall position is still decent.

“In the leading group today, we were leaving perfect tracks for the guys behind to follow, so it was inevitable that we would lose some minutes.

“The rocks were super-slippery, too, which meant it was best just to ease off a little rather than risk a crash.

“A bit of care now can pay off a lot by the end of the race.”

In what is now an incredibly tight Bikes race, only 13 seconds covers the top three and 2:49s the top six, with the top eight within 10 minutes of the benchmark pace.

Riders have an official rest day now before Stage 9 on Tuesday.