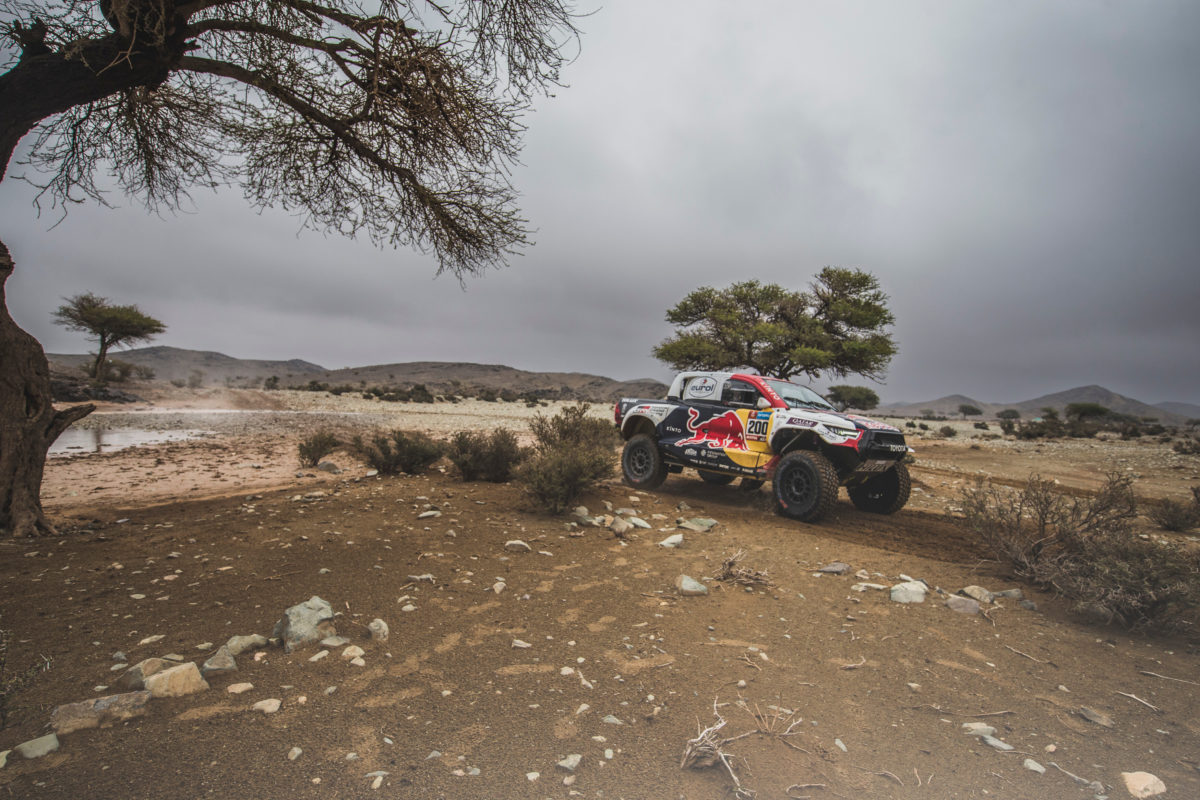 Prodrive Hunter driver Sebastien Loeb has won Stage 8 of Dakar 2023 thanks to a Carlos Sainz penalty but Toyota’s Nasser Al-Attiyah extended his overall lead in the Cars race.

Bahrain Raid Xtreme’s Loeb prevailed by 2:11s over the Qatari, with Audi’s Sainz officially rounding out the top three and Henk Lategan fourth in another factory Toyota Gazoo Hilux on the 345km Al Duwadimi loop.

Al-Attiyah’s margin to Lategan for the event as a whole is now 1:03:46s with Overdrive Racing’s Lucas Moraes third, but Loeb has managed to trim an all-Hilux top four back to a top three.

After two nightmare days, Sainz was fastest all the way but missed out on being classified the winner of the day due to a five-minute penalty for a speed limit breach of more than 40km/h in a 30km/h speed limit section.

It meant that Loeb overtaking Al-Attiyah around halfway through the special was decisive in terms of the day’s bragging rights.

Competitors now enjoy a rest day before action resumes on Tuesday (local time) with a journey from Riyadh to Haradh, featuring wadis, canyons, and then a chain of dunes.