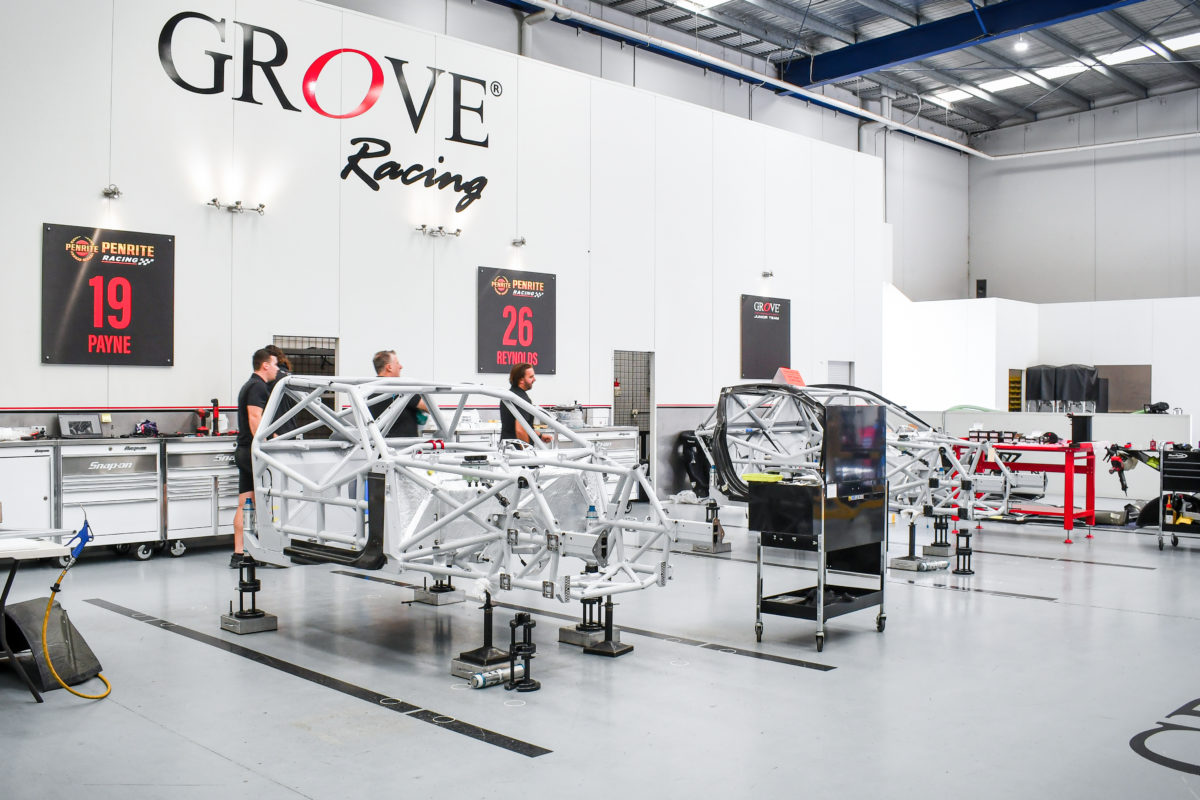 Grove Racing is progressing with the builds of its Gen3 Supercars

Penrite Racing has provided an update on the progress of the build of its Gen3 Supercars ahead of the 2023 season.

About to embark on its second season under full Grove ownership, the Braeside-based squad will continue to field Ford Mustangs when the new ruleset kicks in.

Grove Racing opted to receive its chassis from PACE Innovations, which have now been painted and are now being turned into race cars with the installation of panels and parts.

However, the production of parts is also continuing alongside assembly of the cars.

“We had the chassis turn up from PACE Innovations; so, they turn up raw [and] there’s a little bit of prep work that needed to be done,” explained Team Principal David Cauchi.

“Then we sent them off to paint [and] now they’re back here and we are starting to bolt on all the various parts.

“There’s still a lot of things being made and a lot if things being assembled behind the scenes as well, so slowly we’ll start to see more parts going on to the car.

“Next will be the bodywork, so the roof is one of the first things that will get bolted on to the car and then all the other panels can then follow from that.

“A lot of suspension is now getting built. The guys are working at the back on the gearbox and getting all the wiring loom for the rear firewall installed and then in not too long we’ll have a car that we can go racing with and have some fun.” 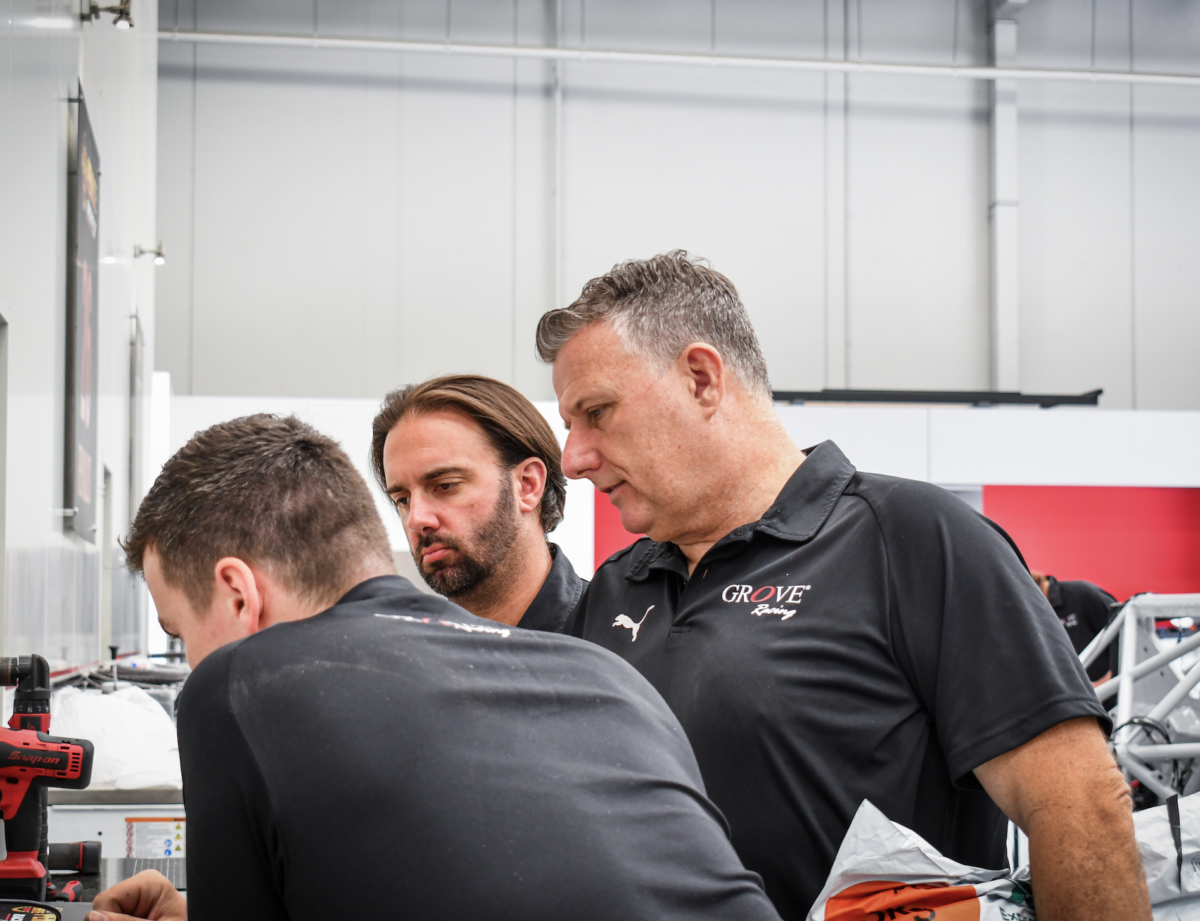 Grove’s Gen3 project is being headed up by Stephen Robertson, a former Supercars sporting and technical manager who arrived at the team from Porsche Motorsport Australia ahead of the team’s 2022 campaign.

The squad’s update comes after the single-car Blanchard Racing Team released images of its Mustang with most of its body panels fitted.

A rear wing was notable for its absence, with Supercars thought to have to go back to Queensland Raceway in coming days for further homologation testing.

Meanwhile, Brad Jones Racing has shown off a series of Chevrolet Camaro panels awaiting fitment to its Gen3 Supercars in its Albury workshop.

Pieces of the Gen3 puzzle coming together. Camaro panels are being primed, ready to be put on the cars. #BJRCrew #RepcoSC pic.twitter.com/id09J5TXv8

Grove will field David Reynolds and rookie Matt Payne in the 2023 Repco Supercars Championship and has also pulled off the coup of signing 2022 Bathurst 1000 winner Garth Tander for the enduros.

Gen3 shakedowns are currently slated for January 30 at Queensland Raceway for Sunshine State-based teams and February 1 at Winton for southern squads.