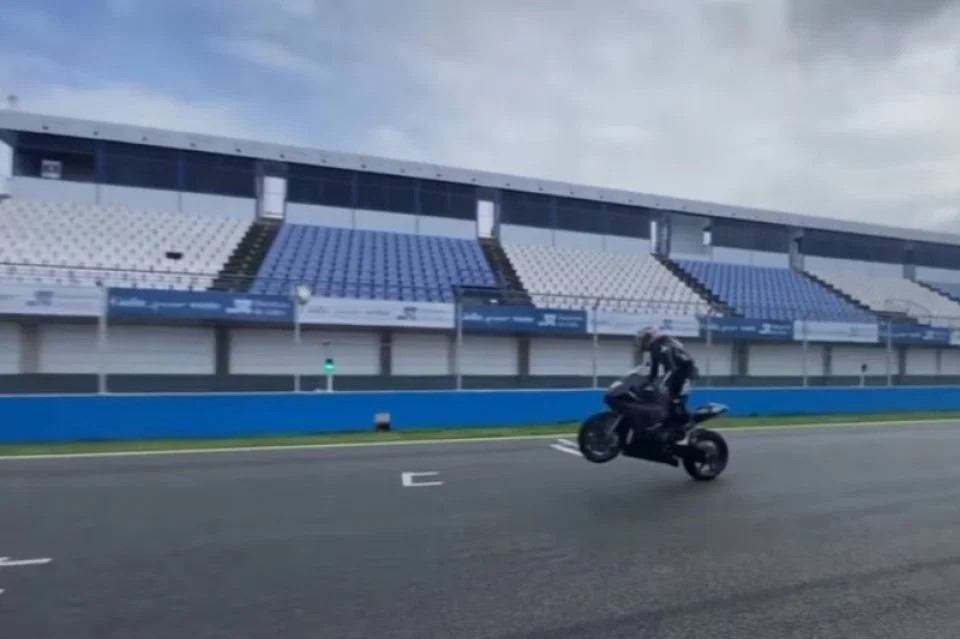 Vision has been released of the first Remy Gardner ride of a Yamaha superbike ahead of the 2023 WorldSBK season.

After losing his KTM MotoGP seat, Gardner has switched to the production-based championship this year to ride a YZF R1 out of satellite team GRT (officially the ‘GYTR GRT Yamaha WorldSBK Team’).

He tested the bike for the first time at Jerez in December but it is only now that the release of imagery has been allowed.

The 2021 Moto2 champion will continue to compete on Bike #87, a nod to his father Wayne’s 500cc world championship year, as confirmed by the recent release of the official Superbike World Championship entry list.

Gardner will ride on home soil when an official test takes place at Phillip Island on February 20-21, followed by Round 1 at the same circuit on February 24-26.

Alvaro Bautista won the 2022 championship on a Ducati while Yamaha-mounted Toprak Razgatlioglu snapped a six-year streak for Jonathan Rea and Kawasaki when he prevailed in 2021.