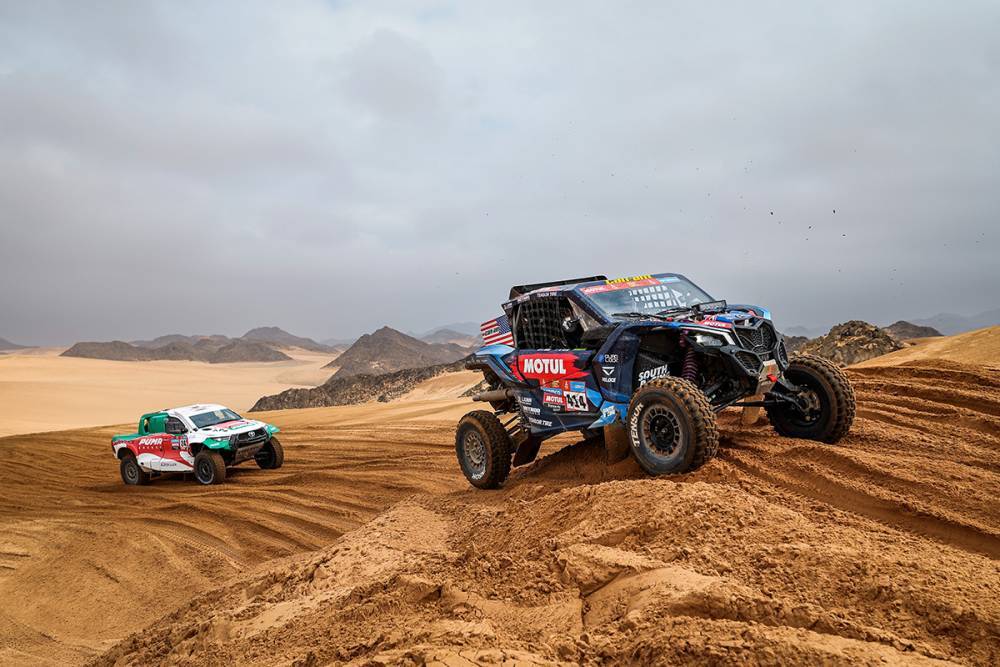 It was a case of what could have been for Molly Taylor in Stage 7, which marks the halfway point of the 2023 Dakar Rally.

Through the 528km route from Riyadh to Ad Dawadimi, Taylor and co-driver Andrew Short ended the Stage in P9, however the issuing of a one-minute time penalty saw her 11th-fastest on the timesheets with a 3:57.32s.

Following the issuing of the penalty, Taylor remains 12th in the T4 Modified Production SSV class, narrowing the margin to the pace-setting Red Bull Can-Am Factory Team entry to be 2:41.35s off the lead.

Their run through the stage was hampered by a mixture of mechanical dramas and dusty conditions.

It follows a difficult Stage 6 for Taylor, that was plagued by a series of mechanical issues.

While it is the best result for the 2021 Extreme E title winner after she recorded a top 10 result in Stage 4, Taylor said the day was a case of what could have been.

“We were going really well up until about 300ks [km] in, had a puncture, some issues with the jack and then getting caught in a lot of dust,” the South Racing Can-Am driver said.

“It was really good up until then … it could have been a lot worse.”

While Stage 7 was cancelled for bikes and quads, there was no break for four-wheeled classes.

His team-mate Mitchell Guthrie picked up the victory in Stage 7, with a 3:39:37s.

In the Quads class, Alexandre Giroud (Yamaha Racing – SMX – Drag’on) remains at the top of the standings, with a 42.57s advantage over Argentinian Francisco Moreno Flores (Dragon).

The 2023 Dakar Rally will resume with Stage 8 from Ad Dawadimi to Riyadh on Sunday local time.