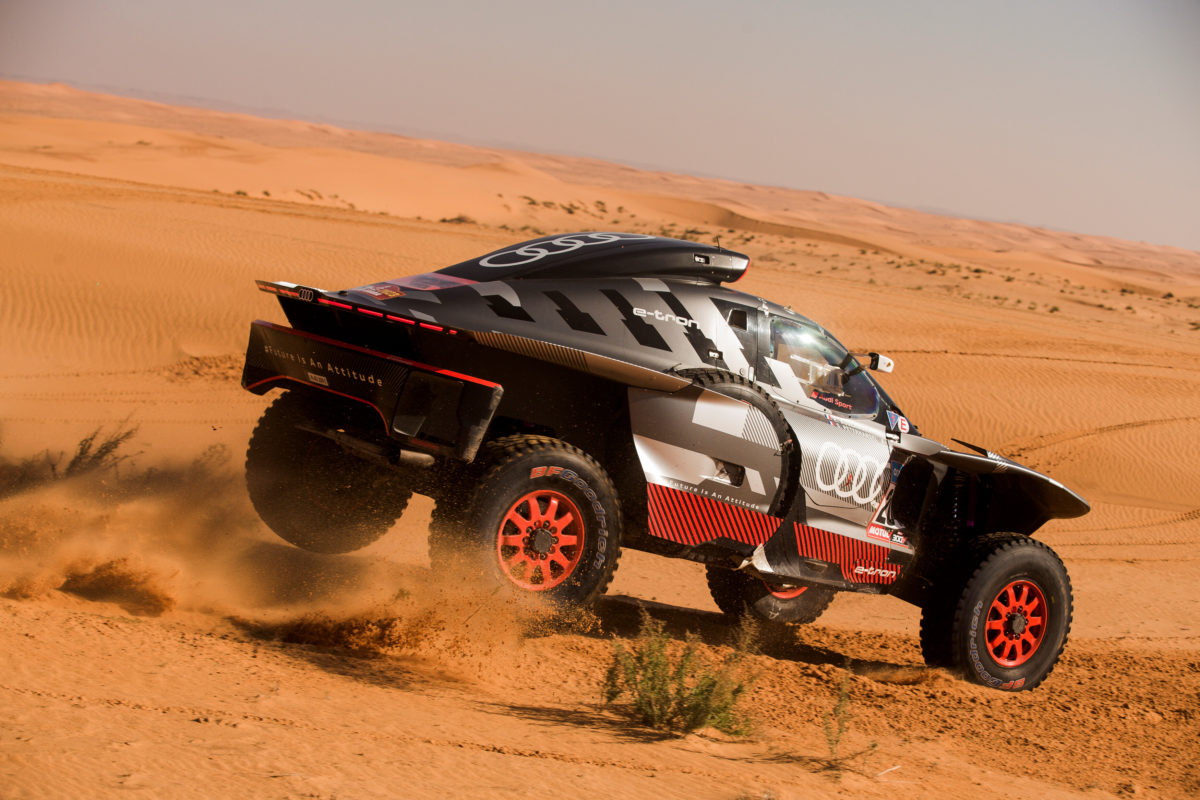 Stephane Peterhansel’s navigator, Edouard Boulanger, has been diagnosed with a broken vertebra after their hard landing off a dune on Stage 6 of the Dakar Rally.

The #204 Audi RS Q e-tron went flying from a height of 10 to 15 metres at a dune situated 212km into the special stage, as did the sister entry of Carlos Sainz which had been following it.

Peterhansel lost consciousness in the impact and both were hospitalised, with Boulanger suffering a back injury.

The latter will need surgery, he advised via a social media post.

“Hard times for the whole Audi Dakar team which is definitely not having the results it deserves,” wrote the Frenchman.

“For me, it’s a broken vertebra – surgery on Monday. Time is now for recovery, all the best for my racing family.

“I’m in good hands, [thanks] to Audi Sport and Q Motorsport.”

While Car #204 is now a withdrawal, Sainz resumed competition, but with an 18-hours penalty for failing to complete Stage 6 due to the damage which he incurred at the dune.

Matters got even worse on Stage 7 when the other factory Audi suffered suspension damage due to Mattias Ekstrom hitting a rock.

Sainz stopped to donate his suspension and then had to wait for the service truck, losing multiple hours more.