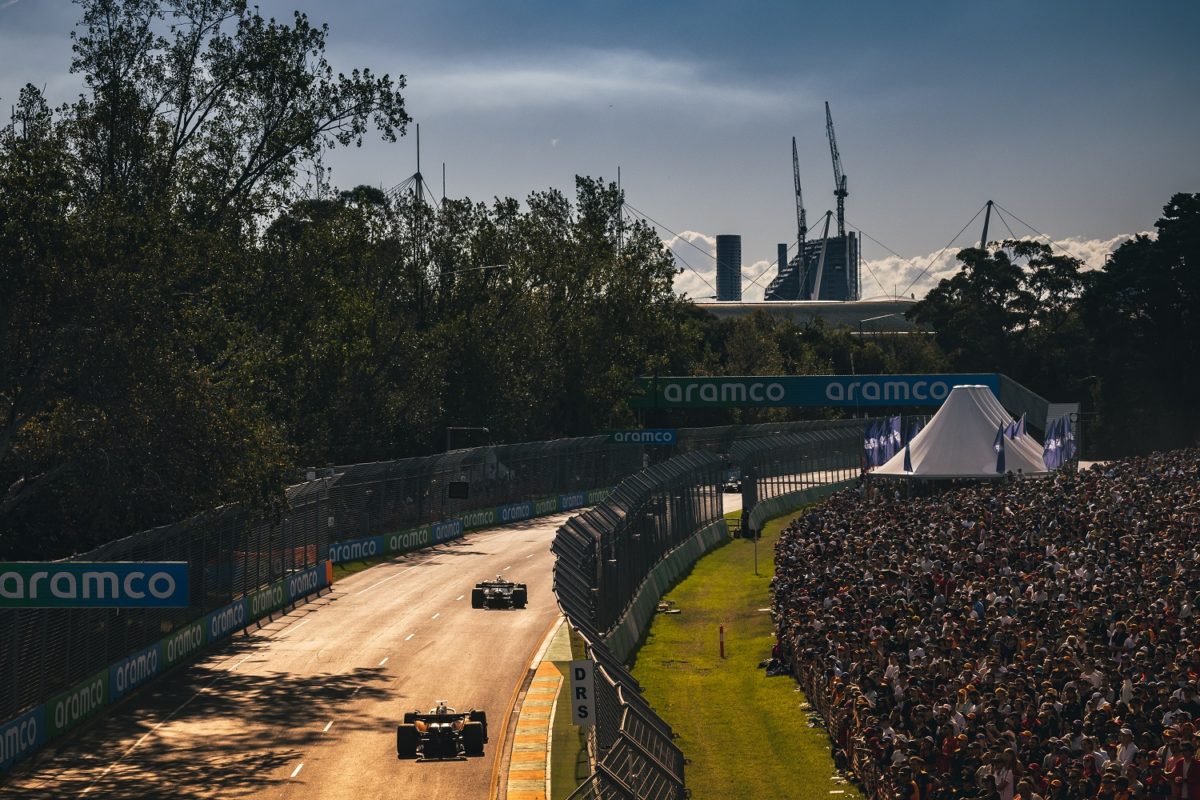 There was an AGP record crowd in 2022 and could be again in 2023. Picture: Bearne/XPB Images

The Formula 1 Australian Grand Prix is likely to again achieve a record crowd in 2023 after doing so less than 12 months ago.

Last year’s Australian round drew a four-day attendance of 419,114 at Albert Park, beating Melbourne’s previous benchmark which was achieved when it hosted the world championship for the first time back in 1996.

It did so despite the imposition of a crowd cap due to labour shortages which saw 128,294 come through the gates on race day, while Days 2 and 3 of the event were new records for the Victorian capital.

Four-day and race day tickets for 2023 sold out within a hours of going on sale in December last year and sales are said to be “months ahead” of the corresponding period for the 2022 event, pointing to another bumper turnout this time around.

Nevertheless, Andrew Westacott, who is readying himself for his farewell event as the Australian Grand Prix Corporation’s CEO, says that organisers will be better prepared for the expected crowd on March 30-April 2.

“It’s no April Fool’s joke,” he quipped regarding the demand for tickets in the latest episode of the KTM Summer Grill on Speedcafe.com.

“We set the bar very high in 2022. It was the bookend of COVID after the awful events of March 13, 2020 and everyone has now seen that Formula 1 puts on a great show in Melbourne.

“To have Formula 2 [and] Formula 3 there as well, I think we’re going to actually surpass the numbers that we had in 2022.

“We’re probably two months ahead of where we were in terms of those sales so what it means is that the [event promoter] team can really fine-tune those fundamentals and make sure that spectator viewing, toilets, amenities, food and beverage, wayfinding, entertainment, and just the show goes to the levels that are expected everywhere.

“There were some shortcomings just because of COVID and staff shortages, but we’ll make sure we’re better prepared, so it’s really, really exciting.

“We’re very, very pleased with where things are at.”

In addition to F1, and the local debuts of F2 and F3, the 2023 Australian GP will also feature the Repco Supercars Championship and Porsche Carrera Cup Australia.

The event will remain at Albert Park until at least 2037 per a recent contract extension.