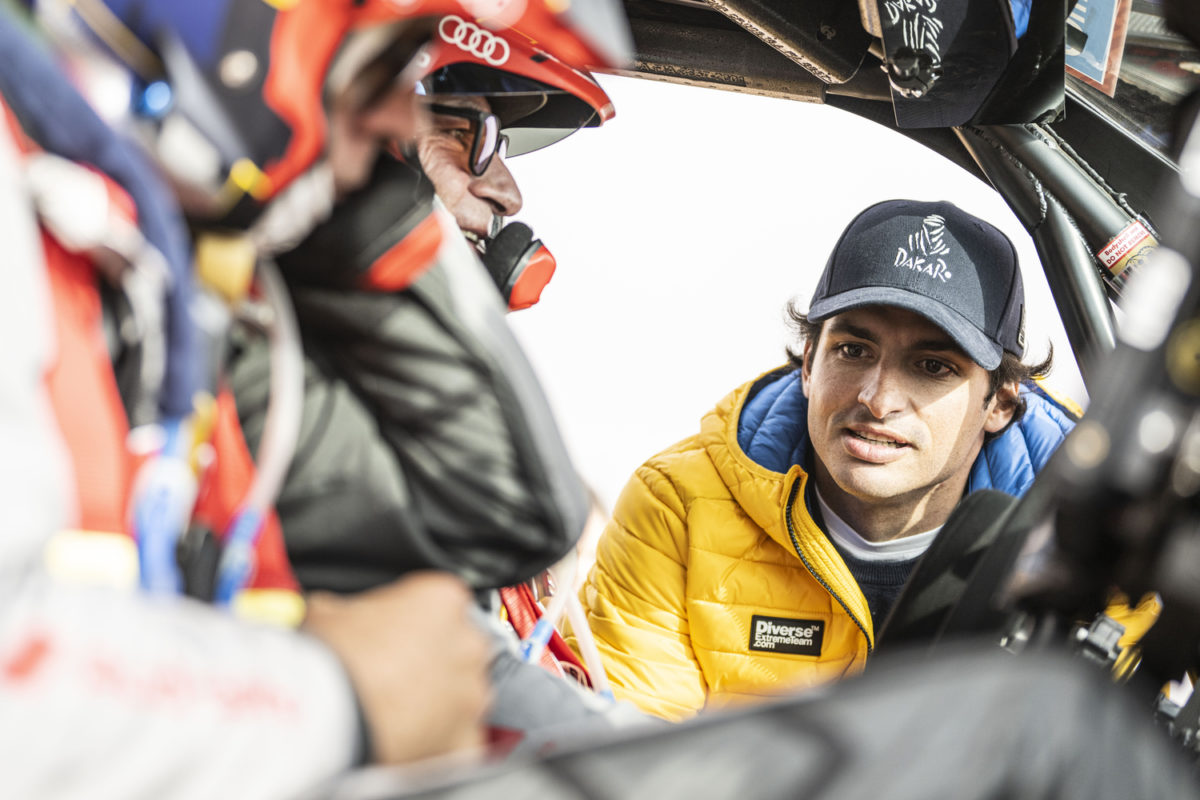 Carlos Sainz Jnr, who has been in attendance as a guest, almost got his father penalised after helping to close the #207 Audi’s door. Picture: ASO/Charly Lopez

Carlos Sainz Snr has gone unpunished over an incident at the Dakar Rally when his Formula 1-driving son closed the door of his Audi.

Sainz Jnr has been in attendance in Saudi Arabia, supporting his father’s rally-raid endeavours in what has proven an unsuccessful bid for a fourth Dakar title.

The veteran Spaniard is thus far carrying 18 hours’ worth of penalties after failing to complete Stage 6 when he damaged the suspension of his RS Q e-tron with a hard landing off a 10- to 15-metre dune.

It could have been even worse given Car #207 was investigated for an incident on Stage 3 when Sainz Jnr, who is a guest at the event rather than a member of the Team Audi Sport crew, “helped close” his father’s door in the Selective Section.

Stewards ultimately opted to take no further action given it was “not an initiative of the team” in a decision handed down after the conclusion of Stage 5, although they did issue an unofficial caution to Sainz and the field about such actions.

“The Stewards decide that in this case there is no evidence confirming a violation of the regulations in a legal sense,” read the ‘Reason’ section of Stewards Decision No 13, in part.

“But draws attention to the fact that in the name of popularizing motorsport, raising prestige, competitors are encouraged to avoid any situations that may raise doubts.”

The entry had been investigated for a potential breach of Article 49.2.1 of the FIA Cross-Country Rally Sporting Regulations, which states that “The presence of team personnel or any team conveyance (including helicopters) is prohibited within 1 kilometre of its competing vehicle” with limited exceptions.

Mattias Ekstrom is the leading Audi driver, albeit almost five hours off the pace in 20th overall after damaging suspension when he hit a rock on Stage 7.

Sainz lost multiple hours more given he stopped to provide his suspension to the Swede, while Stephane Peterhansel is out after flying off the same dune as the Spaniard had, just moments earlier, causing his navigator to break a vertebra.