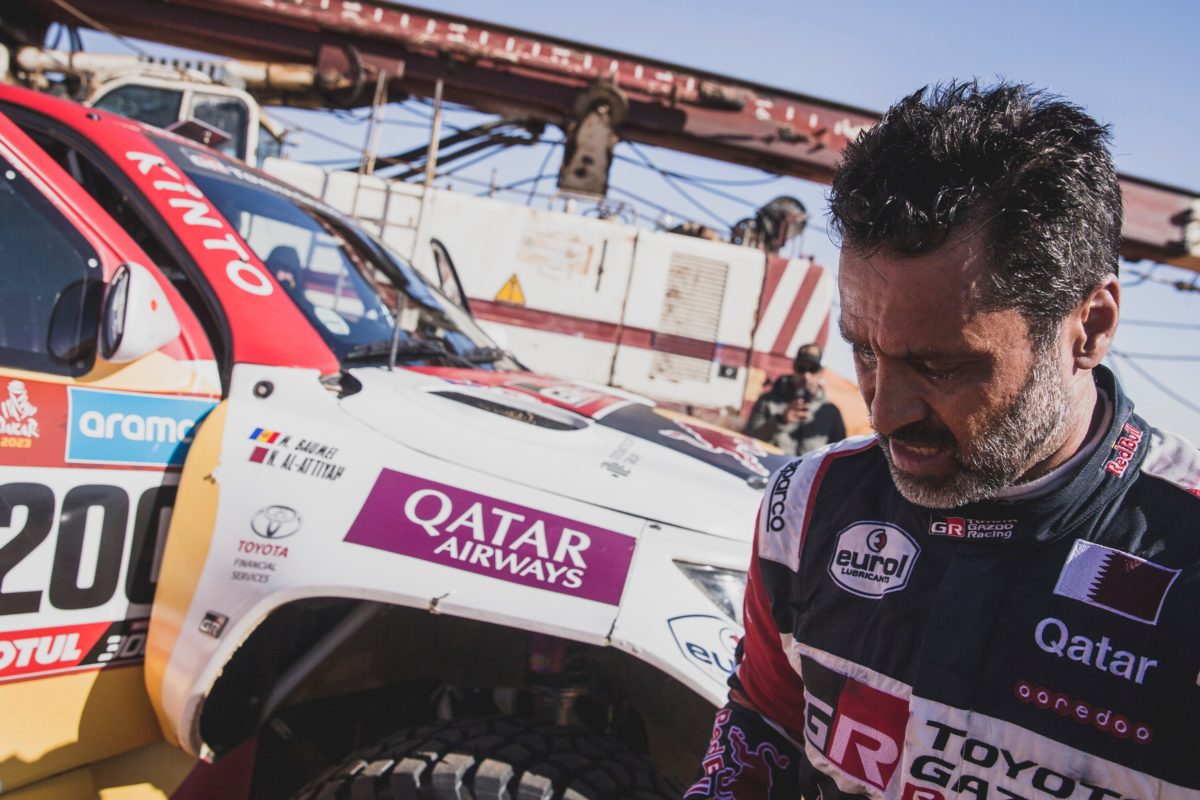 Nasser Al-Attiyah has issued an apology for his criticism of the FIA over Audi’s mid-Dakar power increase.

The RS-Q e-trons and other entries in the T1.U subclass for alternative energy-powered vehicles were granted an extra eight kilowatts effective from Stage 5 of the event under the FIA World Rally-Raid Championship’s Equivalence of Technology system.

Al-Attiyah took to social media in a since-deleted Instagram post to sarcastically thank the decision-makers for “killing the race early” by handing the concession to what were his nearest rivals.

The T1+ Toyota Hilux driver would later reason that “It’s not the right moment to change something, to give to the other teams more horsepower.

“But this is my opinion. This is a motorsport.

“Everything gets fixed before Dakar, and everybody stays in the same level.

“I’m not against Audi. I’m not against BRX [Bahrain Raid Xtreme, which fields Prodrive Hunters in T1+ also]. But you need to keep the spirit of Dakar.”

The FIA would issue a statement defending its processes, and claiming that that T1+ vehicles had in fact enjoyed a 9.3kW advantage before the boost for the Audis.

Ahead of the latest stage, Al-Attiyah has now apologised via social media, citing the “heat of the moment” for his outburst.

“In the heat of the moment, I reacted harshly to the FIA’s EOT decision,” wrote the Qatari.

“I like to defend my title fairly, and at the first instant, the decision did not seem fair.

Already a four-time Dakar champion, it will take a dramatic turn of events for Al-Attiyah to be denied a fifth this year considering he leads by more than an hour with seven stages down and seven to go.

Audi’s hopes, on the other hand, have been dashed after a series of mishaps, the most dramatic of which occurred on Stage 6.

Then, both Stephane Peterhansel and Carlos Sainz landed with a thud when they separately flew off a 10- to 15-metre high dune within moments of each other.

Peterhansel was knocked out by the impact and his navigator Edouard Boulanger broke a vertebra, while Sainz failed to finish the special due to suspension damage.

He resumed with an 18-hour penalty, only to lose hours more when he stopped to donate his suspension to his other team-mate, Mattias Ekstrom, who hit a rock during Stage 7.

Ekstrom is now Audi’s leading driver, yet 20th overall at almost five hours off the pace.