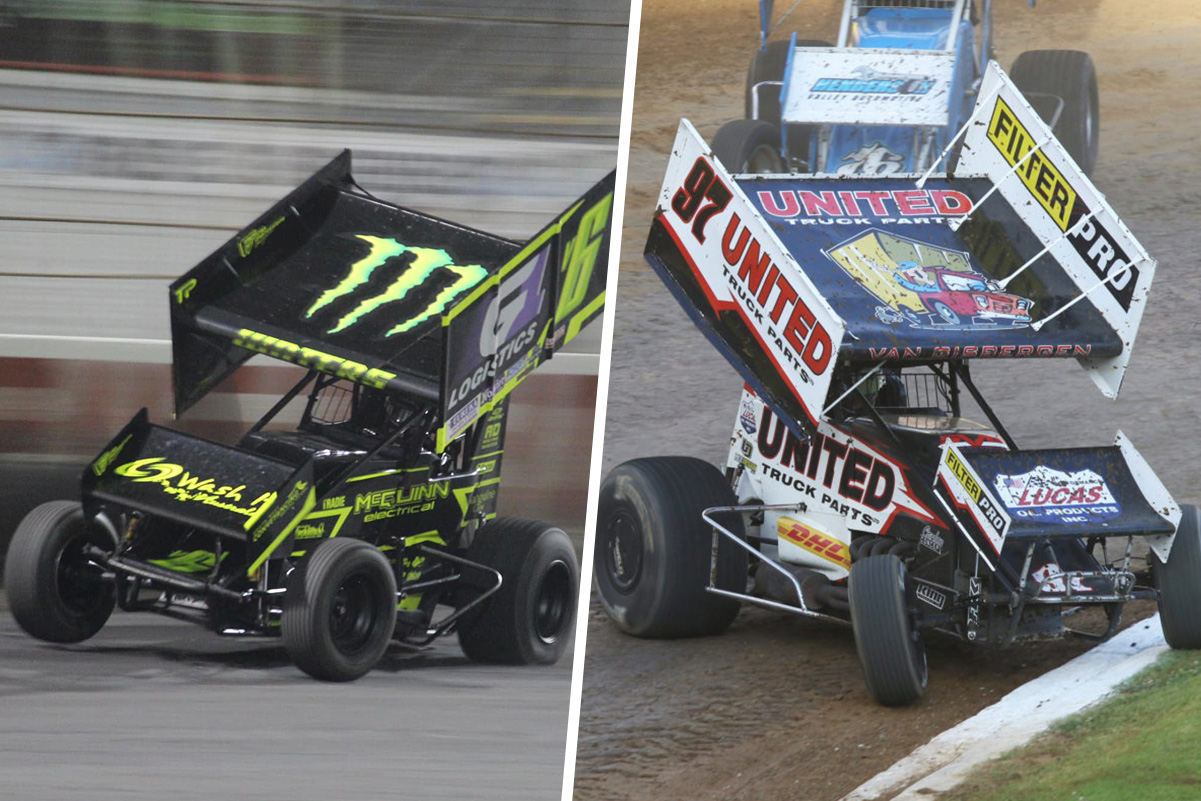 Waters is taking part in his third consecutive season of sprint car competition in his native Victoria with Chief Racing.

The Tickford Racing driver previously told Speedcafe.com he feels all the elements of his speedway campaign are “coming together” after his latest outing in Warrnambool.

Meanwhile, Red Bull Ampol Racing’s van Gisbergen is in the midst of a speedway programme of his own in New Zealand.

The three-time Supercars champion has also been competing on the dirt during the off-season in his homeland.

That in fact accounts for the top two in the 2022 Supercars Drivers’ Championship.

Waters, a speedway regular, would like to see van Gisbergen race on the dirt in Australia as well.

“It’s awesome to see Shane in a sprint car over in New Zealand,” Waters told Speedcafe.com.

“It’s a cool sport and I think he should be doing it and it’s great that T8 has relaxed a little bit and let him do it.

“Hats off to those guys for letting him do it, and I’d like to see him do it a bit more in Australia, so hopefully he’s allowed to.”

A major point of interest is how additional racing over the off-season will help drivers with the introduction of Supercars’ Gen3 formula.

Shell V-Power Racing Team boss Ryan Story previously stated that racing in other categories carried out by van Gisbergen and Waters, gives them a head-start for this season’s Gen3 cars.

Waters agreed that it can only provide a positive outcome.

“I think it will help,” he enthused.

“I think whenever you’re racing a car, whatever it is, it’s a good thing.

“Seat time is king and not just seat time but doing it in the right kind of cars and environments.

“I think the sprint car challenges me and challenges any driver quite a lot because of the nature of the beast; being able to adapt to things quicker will only help.

“ I think that’s what Gen3 is going to be all about, being able to adapt and make the most of the package that’s given to us.

CLICK HERE for photos of van Gisbergen at the speedway.