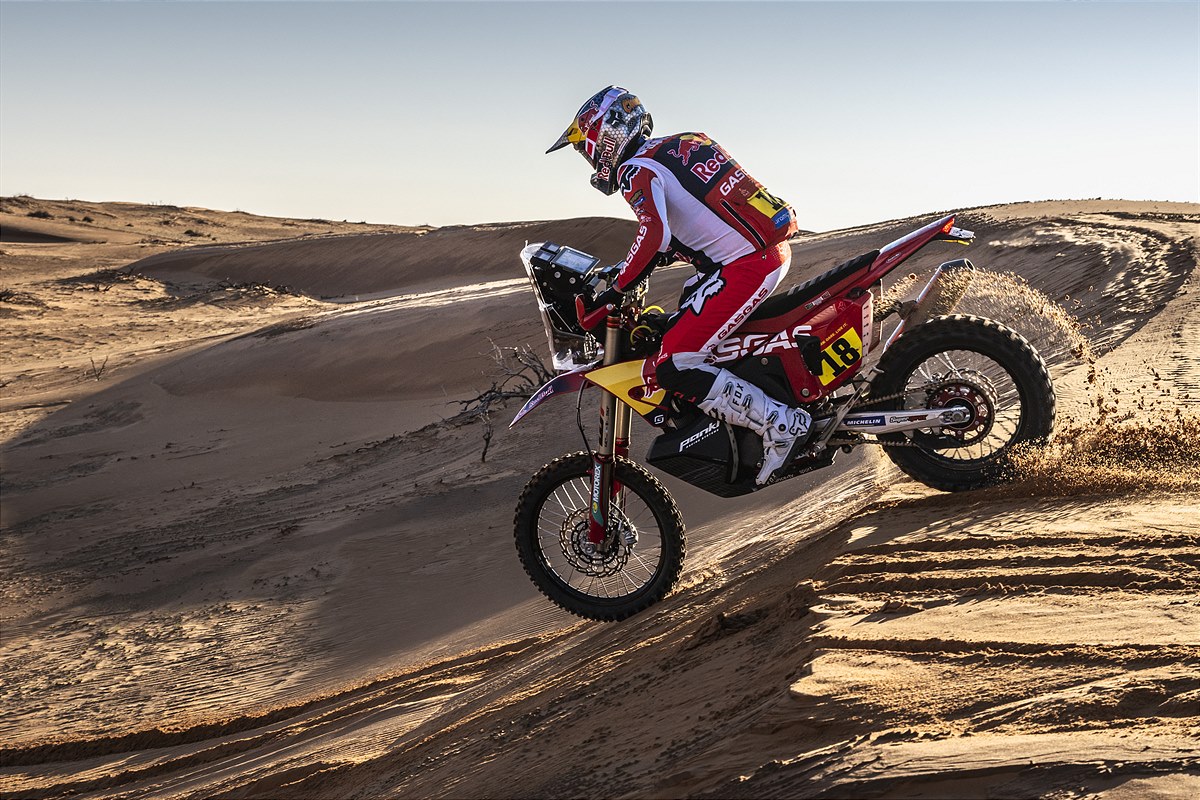 Former Dakar Rally leader Daniel Sanders thinks his sickness may be due to poisoning by a thorn which became stuck in his arm.

The Red Bull GasGas rider remains eighth overall after a damage-limiting ride on Stage 6 of the event from Ha’il to Riyadh, but shipped over 20 minutes on the day prior.

He had been the pace-setter after Stages 3 and 4 before coming down with a bug which sapped his energy, the cause of which remains unclear.

However, Sanders reported getting a thorn stuck in his arm on Stage 2, and suspects that might be the cause of his troubles.

“I sort of had something the day before and then the other night, it just hit me,” explained the Victorian.

“I don’t know what it is. We’ll just go back and recharge again.

“It could be food poisoning or maybe this thorn I have in my arm,” he added.

“I think I’m going to get it cut out tonight in case this is poisoning me.

“We’ll take this out and that’s the only other thing, otherwise it’s food poisoning, or I got some dirt or dirty water in my mouth during the race; I’m not sure.

“A bit of a bummer, but we’ve got a long race to go so hopefully I can get over this in the next couple of days and come good for the finish.”

The GasGas pilot is 19:54s behind overall leader Skyler Howes after being classified seventh-fastest at exactly three minutes slower than Stage 6 winner Luciano Benavides on another Husqvarna.

“It was just a tough day in the dunes and lucky it was smoother than yesterday.

“I tried to recover last night as much as I could. I just pretty much got back to the camper and jumped straight into bed and slept until this morning to wake up.

“I didn’t eat any food last night and I had only a first bit of breakfast this morning, so it was a tough day so I just kept pushing on and made it to the finish.”